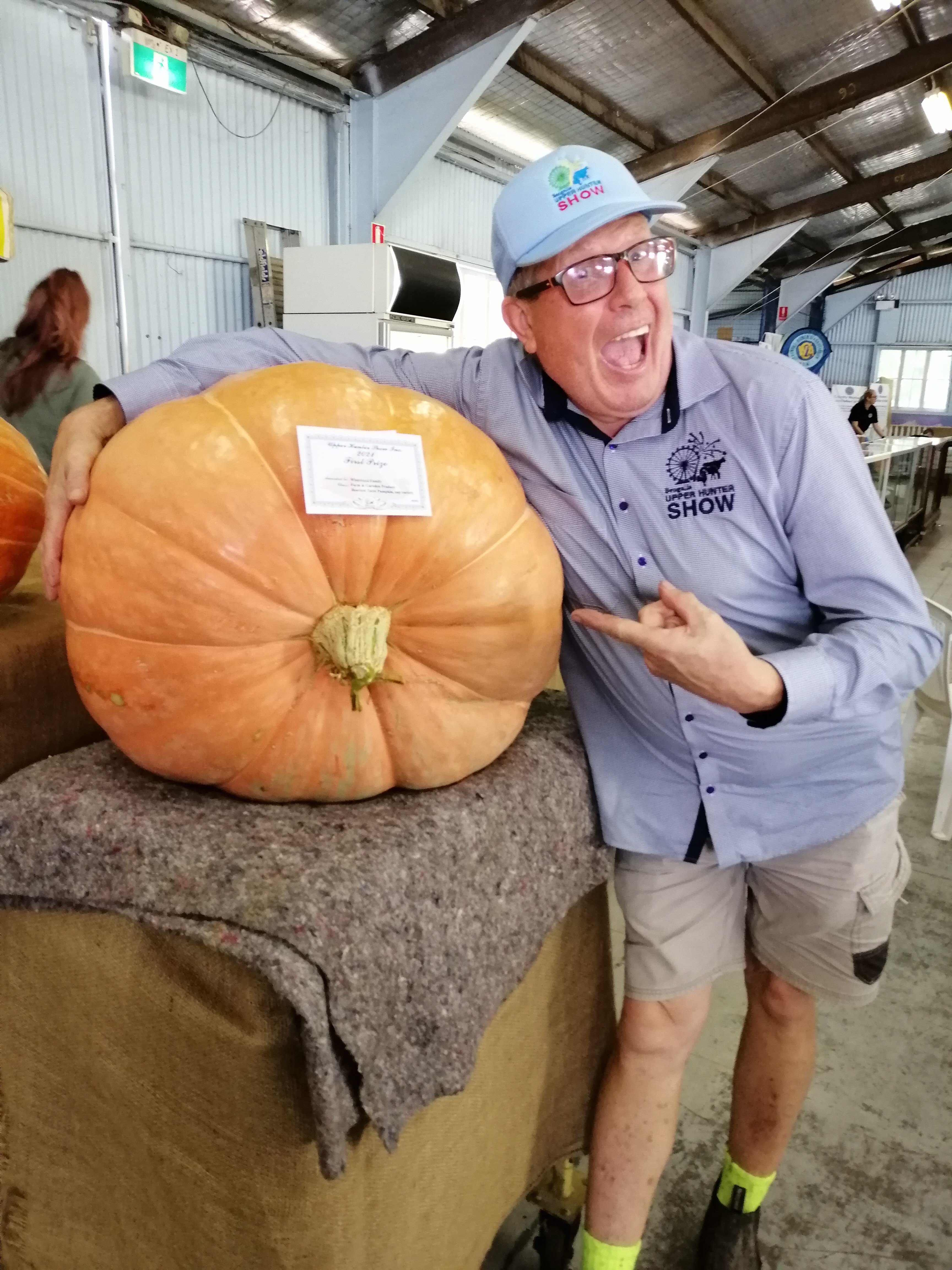 The pizzaz of the pumpkins, the strut of the cattle, the muscles of the woodchoppers and the smiles on the faces all around indicated the 2021 Upper Hunter Show was an event many were extremely pleased to see return.

The threat of dark clouds overhead and the forecast of record rain tempted show organisers to consider cancelling the event but now it’s over, they are so very please it went ahead.

President Keith Googe said if the committee had made the decisions based on weather forecasts alone, they wouldn’t get anywhere.

“We have only got minor rain really, we have dodged so many bullets and as we speak the sun is over my shoulder,” Mr Googe said after Saturday’s official opening.

There was light rain during the day on Friday, but it held off for most of Saturday and allowed the majority of the program to go ahead.

“Nothing has ever happened like this before to my knowledge, that we have been able to carry on under these conditions and put on a show,” Keith explained.

“It’s a great result, it’s as good of a show as we could possibly do under the circumstances, firstly because of the challenges of covid then the weather.

“What a great committee we have got, we have been able to roll with the plays, make the right decisions at the right time and make this show a success.”

“I can’t blame anyone for not coming, so hats off to all of those who have come and supported this show.

“We have had a show, and there hasn’t been many around so I think we have done really well.”

The Upper Hunter Showgirl Ally Morrison was also sashed, which was not able to be done publicly last year, and the Teen Showgirl Brooke Wheadon was announced during the formalities.