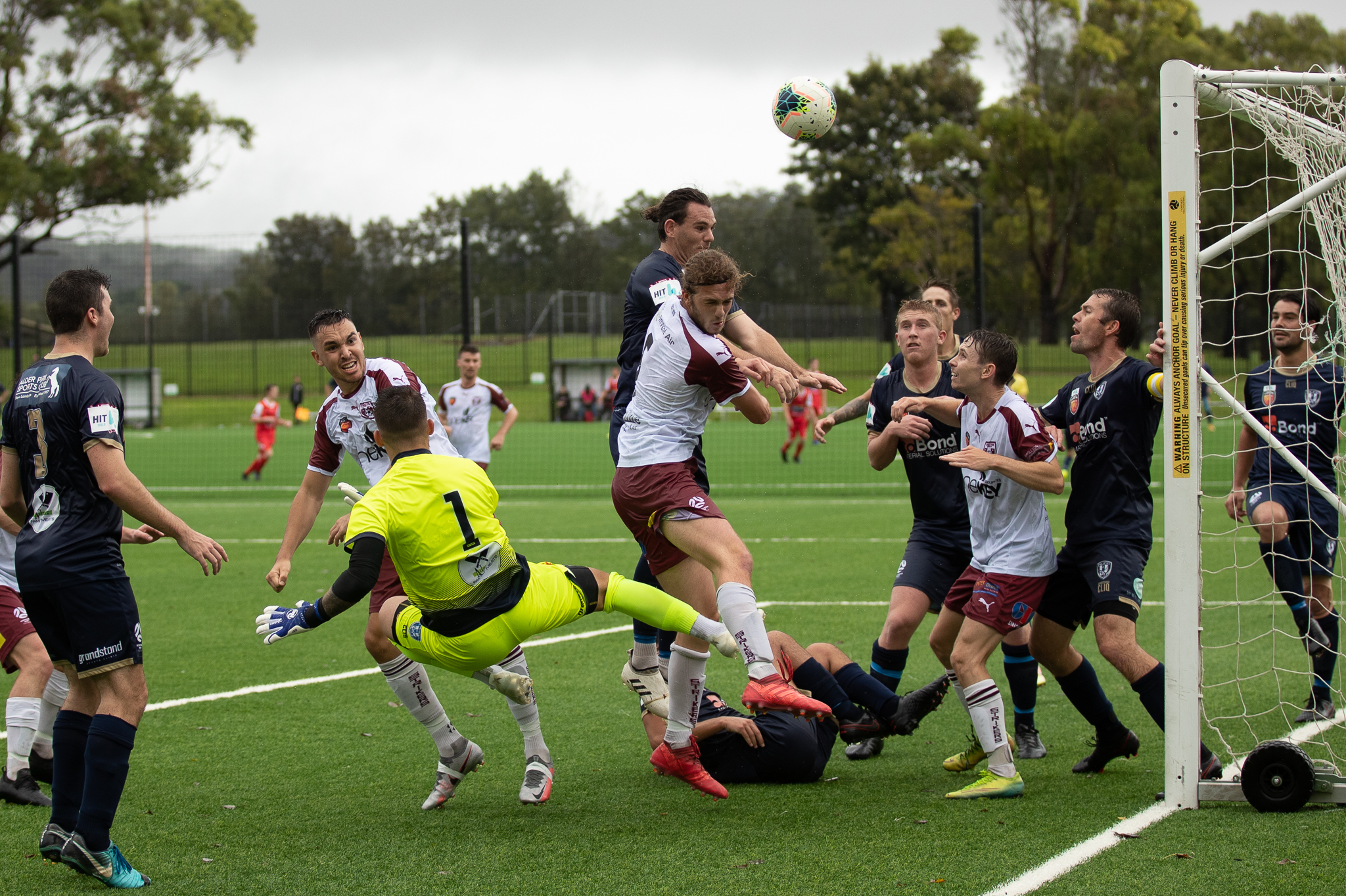 It was not the start they were hoping for.

The Singleton Strikers have gone from the hunters to the hunted after facing a 3-1 defeat to New Lambton in their season opening clash on Saturday.

To make matters worse, a total of seven players received yellow cards in the slippery affair.

Strikers Jackson Skinner, Marcus Morris and Tristan Muir all received a card from the referee by the main break before Joel Barner, Jack Clare and the Nicol brothers (Hayden and Lachlan) were noted down in the second half.

“There will be a fine from Federation but the ground (Lake Macquarie) and conditions also make it harder for players to keep their feet,” interim first grade coach Warren Gillespie told The Hunter River Times post-match.

“It’s disappointing, obviously our players are on yellow card record early in the season, but we’re not too fussed; it is what it is.”

Returning stalwart Jackson Cox and Marcus Morris had replaced defender Bowen Bagnall and Ben Henry (both unavailable) from last year’s grand final starting line-up. Bagnall and Henry were not the only members missing from the championship team.

“Our coach Brendan Slade was actually unavailable because of work commitments today as well,” Gillespie added. “In the past 30 years I think we have won two season openers, so we are usually slow starters.

“Today was not ideal playing conditions and we were a bit off the pace early on but the boys will be much better for the long run.”

There were still a few positive notes for Singleton.

Returning club junior Marlow Court-Kreisch made his first-grade debut (replacing Tristan Muir in the second half).

Skipper Hayden Nicol (2020 Northern League One player of the year) then scored Singleton’s only goal at the 90th minute.

“You’ll remember we lost to Cessnock 3-1 in Round 1 last year and then went on to win the whole competition,” Clare added.

Earlier in the day the Singleton Strikers’ second grade side suffered a 3-0 defeat (Joshua Shade was absent after he was flooded in that morning).

The Strikers’ under-14 side also suffered an 11-0 defeat after conceding nine goals in the second half while the under-18 team went down 3-0.

Singleton will now welcome back Henry against his former club Toronto-Awaba when the sides face-off this Sunday at Lyall Peacock Field (2:30pm start).