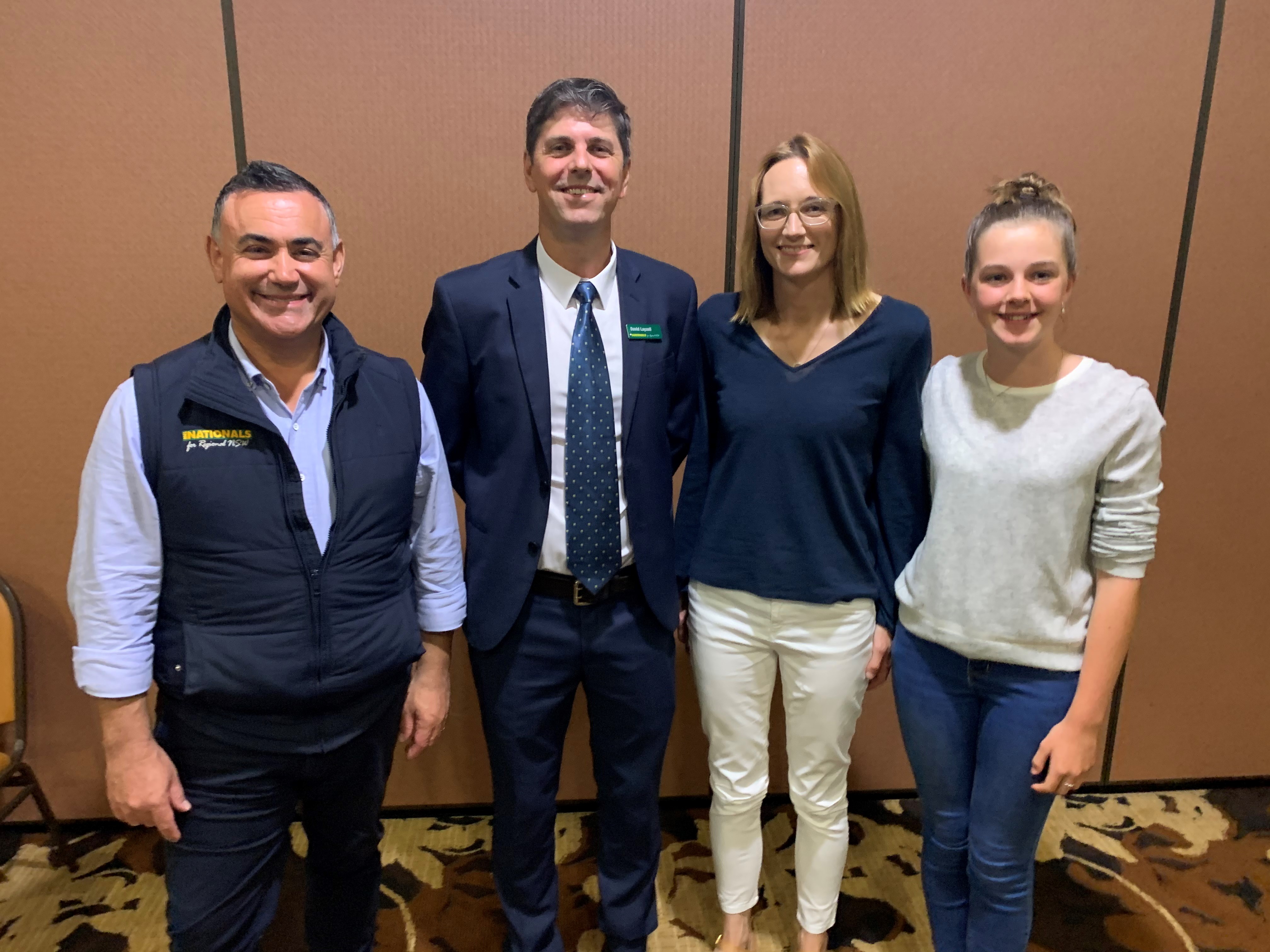 Dungog Councillor David Layzell was voted in as the National candidate for the May 22 State Government by-election on Wednesday night.

He is the first party endorsed candidate with other names to be put forward by the Labor Party, Shooters, Fishers and Farmers Party and One Nation expected to be announced in coming days.

It means Mr Layzell will step aside from his local government duties for the coming six weeks as he engages in what will be one of the most fiercely contested political battles the Upper Hunter has experienced.

Deputy Premier John Barilaro, Labor State Leader Jodi McKay, Shooters, Fishers and Farmers Party leader Robert Borsak and One Nation State leader Mark Latham have already been in the electorate over the past few days and all will be back.

“You will be seeing plenty of me in the coming weeks,” Ms McKay said during a press conference last week.

The National Party will be throwing everything they have at the election, a win crucial to the party maintaining government for the next two years.  Likewise, every other party and independent candidate that comes forward will be doing the exact same thing.

If the Nationals lose the by-election, it will end the 89-year reign of the Country/National Party in the Upper Hunter Seat.

Mr Layzell was delighted to be in a position he has dreamed about for many years but two weeks ago never thought he would be in.

James Looney, a member of the National Party for 34 years and who took part in the pre-selection vote in Singleton, has confidence in Mr Layzell’s success and said the party had voted ‘the right bloke in’.

Singleton Mayor Sue Moore was up against Mr Layzell in the pre-selection vote and said afterwards she was happy with the outcome, knowing full well the National Party has a challenge ahead to win over the voters.

Dropping by The Hunter River Times office on Wednesday, Mr Barilaro said now was the time for people to speak up about what the Upper Hunter needed.

He has already given a commitment to Singleton Council’s request to change the design of the town’s by-pass to ensure easy access into the town’s CBD.

Health and education are also at the top on the list and ensuring Scone TAFE remained an accessible training facility is a priority.

The Labor Party, Shooters, Fishers and Farmers Party and One Nation will put forward candidates in the next few days.

Scone’s Kate Fraser has also announced her intention to run as an independent and Newcastle’s Eva Pears is running under the Liberal Democrats ticket.

The by-election was brought about by the resignation of sitting National’s member Michael Johnsen last week amid a string of allegations of inappropriate behaviour.