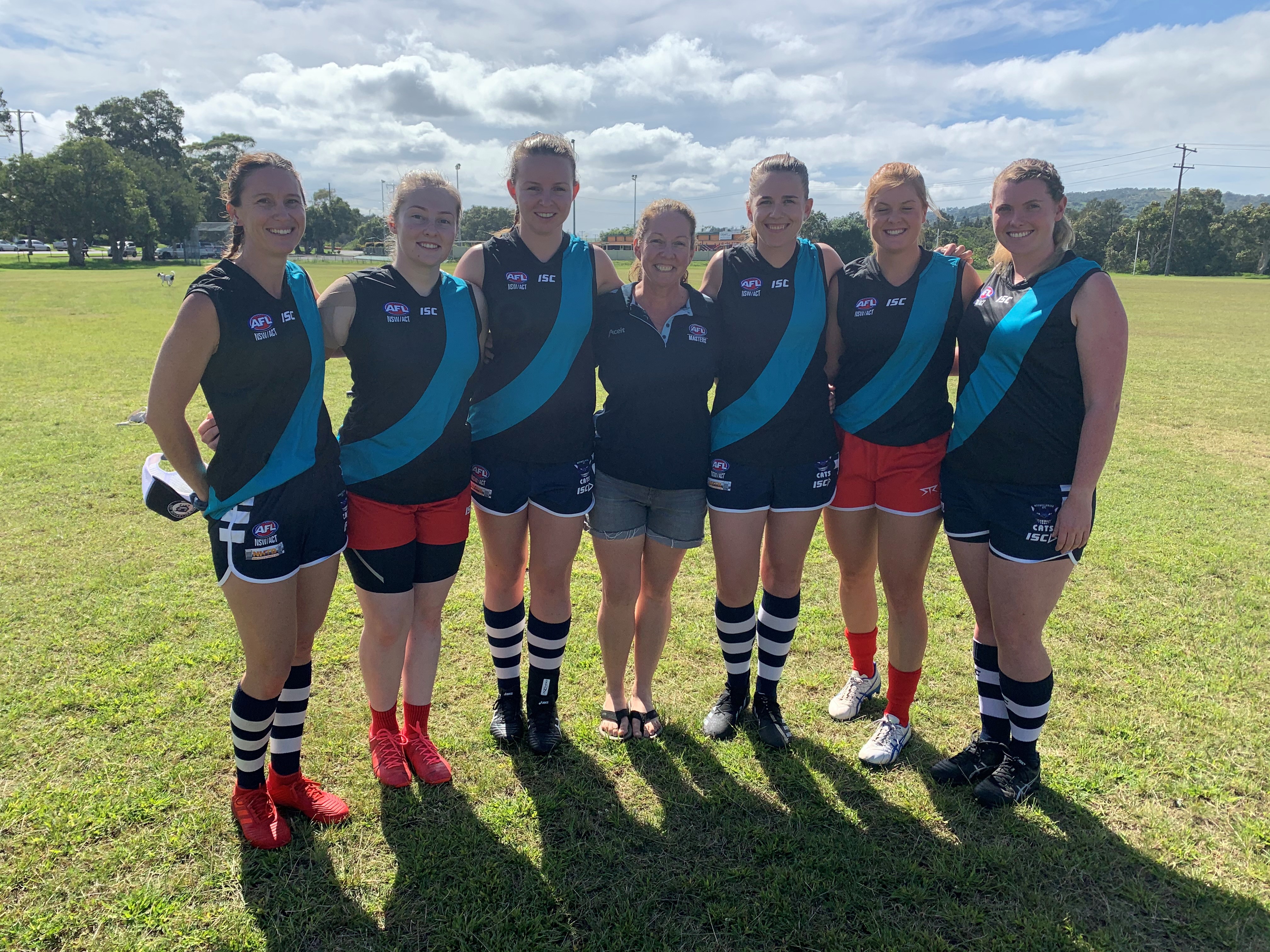 There is only one sleep to go until the opening round of the AFL Hunter Central Coast season.

Although our two local teams (the Singleton Roosters and Muswellbrook Cats) will commence their campaigns the following week; talents from both sides have already kick-started their return to the field.

Four members of the Muswellbrook Cats’ women’s team (Natalie Heard, Emma Knowles, Chloe Annandale and Andrea Watts) featured for the Hunter representative side on Monday at the league’s annual round robin tournament.

Though the side was unable to match the Newcastle and Central Coast line-ups at Lake Macquarie there were still positives for coach Nadene McBride.

“It was an honour to coach the side after the tournament was cancelled last year due to the lockdown,” McBride told The Hunter River Times.

“We had our Singleton girls in it and I thought Emma (Knowles) did really well out of the Muswellbrook girls.”

Her daughter Kyah was also picked by her teammates as the captain of the representative side while Singleton’s Pippa Manton also featured in the side.

IN OTHER NEWS the Singleton Roosters and Muswellbrook Cats will once again try to play their trial match at Singleton’s Rose Point Park this Saturday (pending Council approval). The two men’s sides will playoff for the Nathan Duncan Shield.

Singleton will then commence its official season on Saturday, April 17 against Newcastle City (away) in all grades.