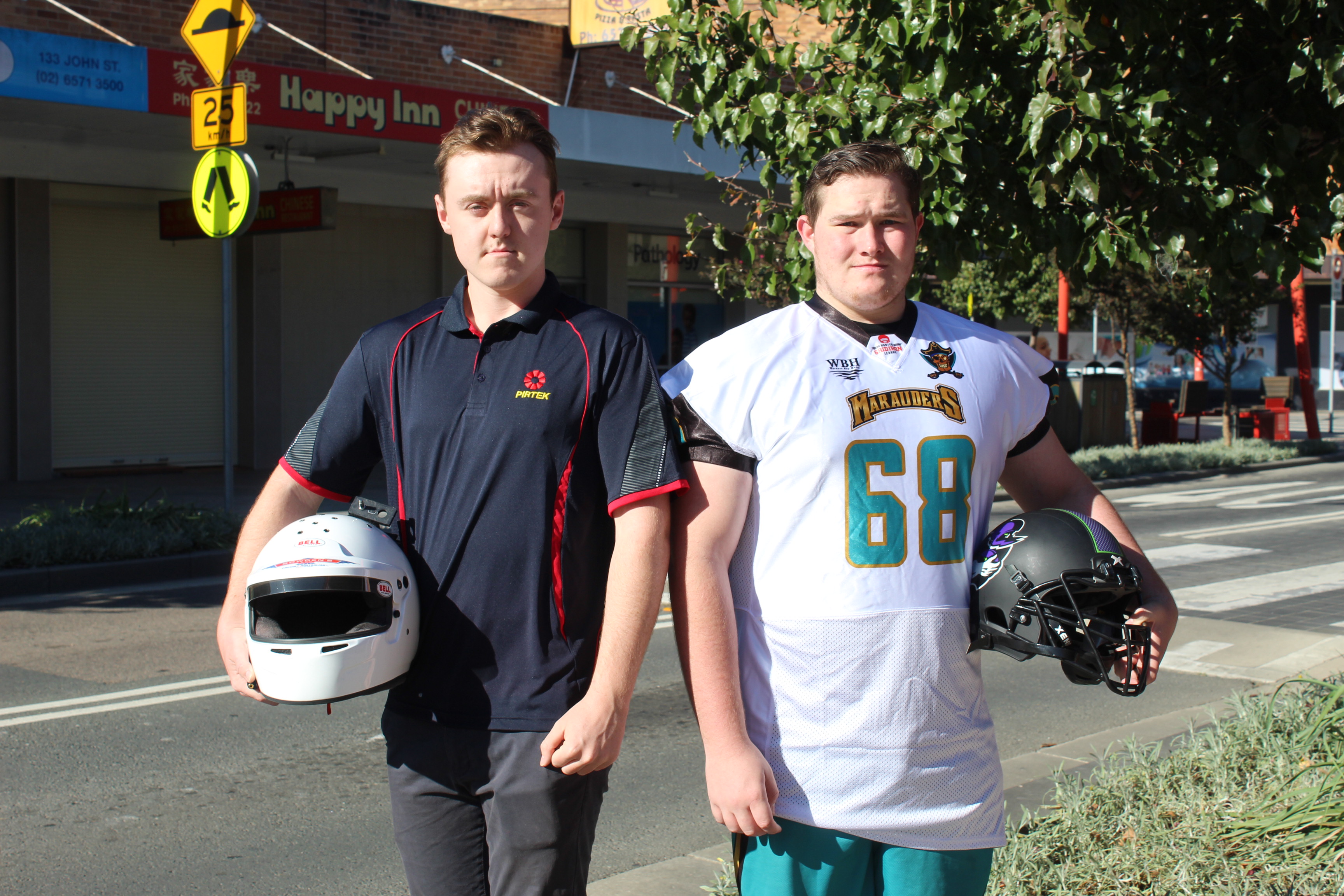 Two of Singleton’s teenage sporting stars have already cast the opening chapter of their respective careers.

It has been less than four years since Ryan Gilroy first tried his hand at go-kart racing with his fellow Hunter Valley Grammar classmates.

Fast forward to 2021 and the 19-year-old was rubbing shoulders with racing royalty in Shane Van Gisbergen, Paul Morris, Brodie Kostecki and George Miedecke after claiming a class victory at the Toyota 86 Series Bathurst 6 Hour earlier this month.

“We are all standing in one room together and I was rubbing shoulders thinking; I’m not meant to be here,” Gilroy reflected with joy.

“I was in a Mazda3 going up against BMW M4s so you have got to class it but to do what we did was pretty phenomenal.”

We finished 28th outright and first in our class by over four laps so we had to lap second place in our class four times during a six-hour race which is insane.”

Commencing his sporting journey as a junior Singleton Bull (rugby union) and Little Athletics participant, Gilroy has now already achieved one of ultimate feats of Australian sport; by climbing the Mount Panorama podium.

“It was actually legendary commentator Greg Rust who called me up onto the podium which I still can’t believe either,” he added.

He will now travel down to Victoria next month to represent Sieders Racing in the Winton SuperSprint (May 29-30).

MEANWHILE another Singleton sporting identity has made waves in his new football code.

Even when he was ready to find his feet in the American pastime, his opportunity to play with the Lake Macquarie Marauders came to a sudden halt because of the cancellation of the Hunter Gridiron League due to covid-19.

One year later, the 18-year-old returns to the fold after accomplishing himself with the North Sydney Rebels’ Colts side. This is not the only news that he is delighted to share either.

“I have signed with Missouri Valley which is a NAIA (National Association of Intercollegiate Athletics) College in the town of Marshall, Missouri and the coach wants me there in August,” Flockhart added.

“They are extremely competitive, having two teams in varsity and varsity reserves, and everyone is fighting for the starting position in the varsity team.

“I found out that I would be offered the scholarship during a zoom call interview.”

As for the theory that good things come in threes?

Last week another Singleton teenager made headlines by winning two national bronze medals on the Gold Coast to the delight of his community back in the Upper Hunter. And he certainly made a splash doing so.