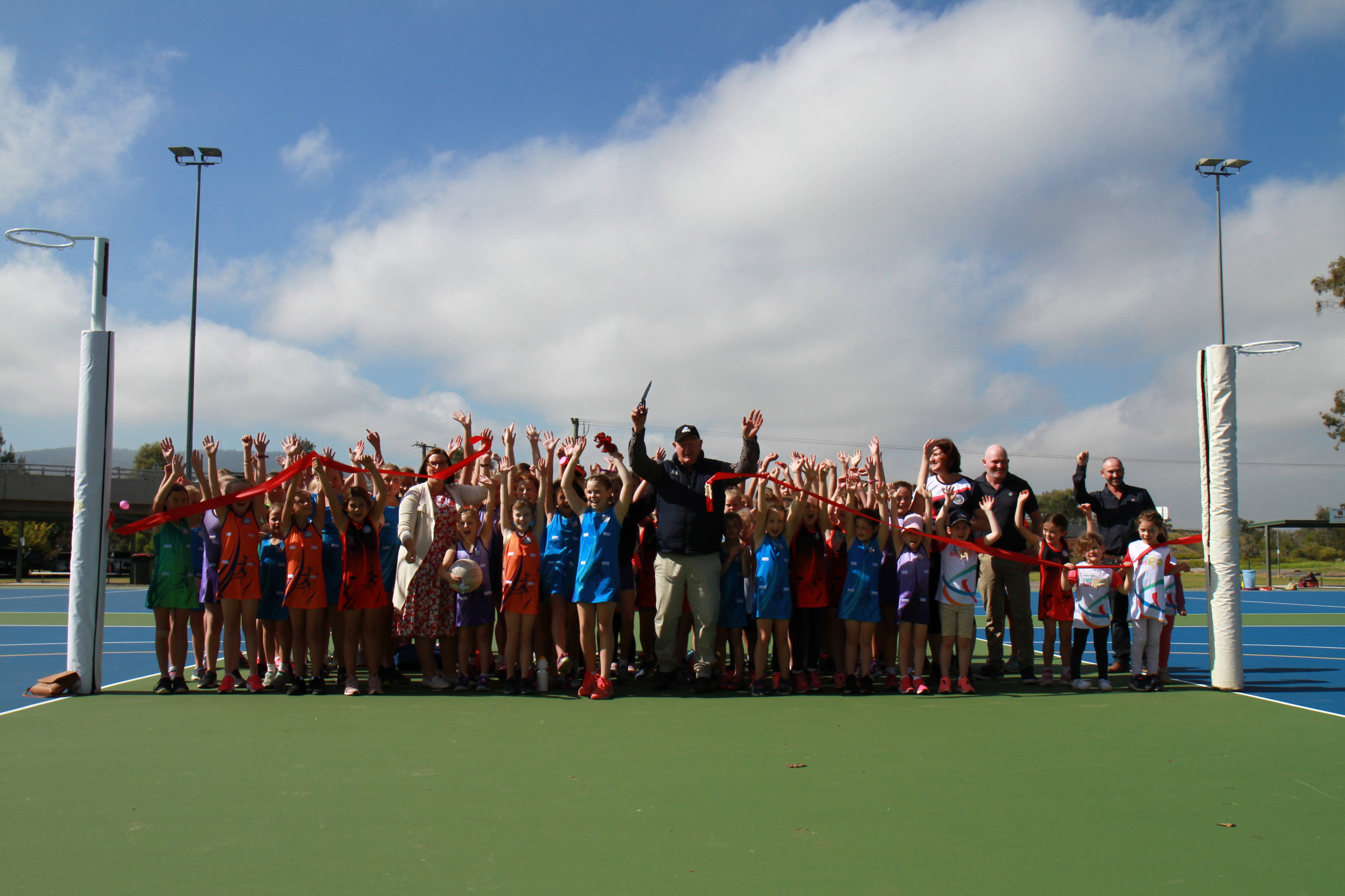 There is nothing like playing sport together to help mothers and daughters bond.

The tireless work of many mums, and dads, within the Scone Netball Association over time has given the Upper Hunter an early Mother’s Day gift in the form of safer playing conditions for everyone.

Four of the courts at the Bill Rose Complex were officially opened after a full makeover and SNA president Nat Smith could not be happier.

“I am so grateful that it is finally done,” she said.

The acrylic all weather playing surface is now at a national standard and will benefit the 150 junior and 100 senior player as well as supporting volunteers who make up the club.

It has been funded by the club with support from Upper Hunter Shire Council and NSW Government through the Stronger Country Communities Fund.

“We are very grateful that council project managed the whole process and they have worked very closely with the government in order to be able to get the courts where they are,” Nat said.

“We are just grateful that here in Scone we have been given the opportunity to play as many sports as possible.”

“I think it is very special and I like to be involved with the kids,” Kate said.

“It’s exciting because Chloe has been at netball since she was a baby, strapped to me when I was coaching so we have been waiting a long time for her to actually be playing. We just love spending this time together,” Nat concluded.