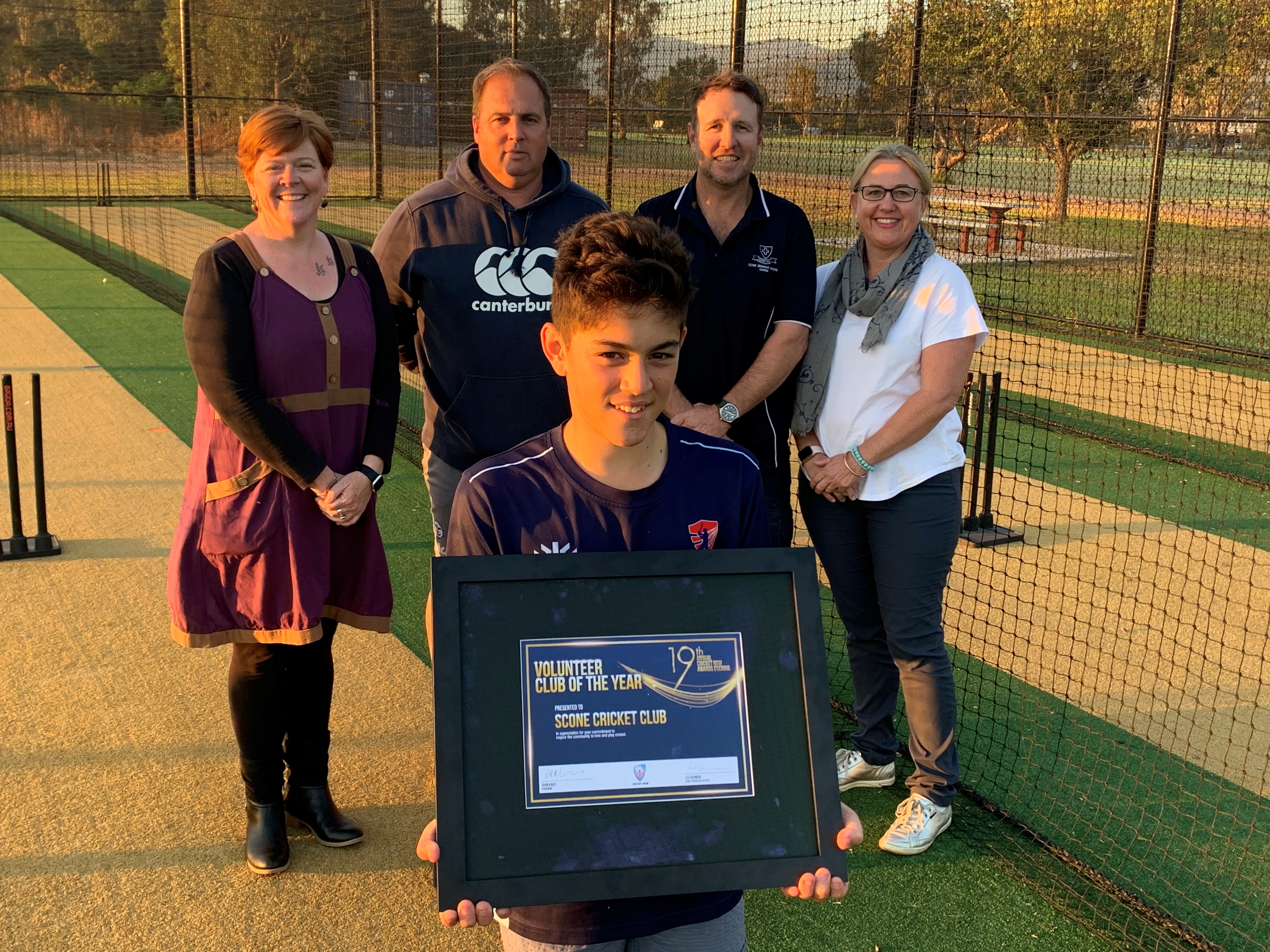 Move over equine, cricket is making its mark in Scone.

The Scone Junior Cricket Club was crowned as the NSW Club of the Year at the 19th annual Cricket NSW Awards evening last month.

Cricket Blast continues to be a focus of the club, with 50 plus participants this season while this year the club ran a Social Women’s competition in which four teams competed.

Club president Darren Crowther was said the award was important to the community and not just his club.

“It is surreal really because you don’t do this for the recognition but it is certainly nice to be recognised,” he told The Hunter River Times last week.

“This is a contribution to people who have previously been in these roles.”

Hunter Cricket Manager Gary Fisher said that the Scone Junior Cricket club a testament to what the sport can offer with Cricket being the centre piece of community engagement, socialising, enjoyment, and inspiration on a Friday evening and Saturday morning.

“Rural communities in particular Scone have been through a lot over the past 18 months from devastating drought to poor air quality, bushfires, heat yet cricket has stood above this and provided an outlet for the community to forget its struggles for a short period and enjoy our great game,” Fisher concluded.