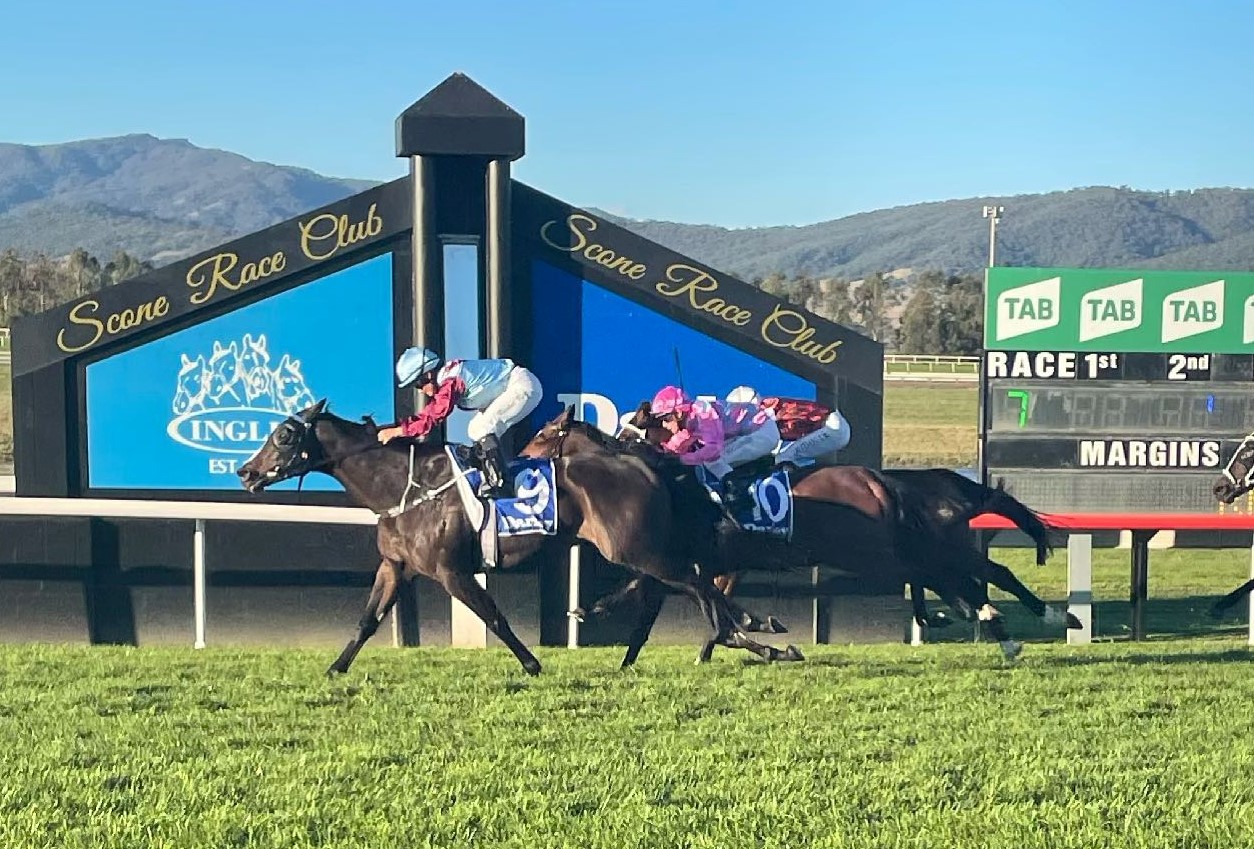 Warwick Farm trainer David Pfieffer has added a Darley Scone Cup (1600m) to his long list of achievements after jockey Rachel King rode ‘Laure Me In’ to victory over ‘Looks Like Elvis’ by half a length.

“He’s been a beauty,” Pfieffer explained.

“Every preparation he comes up and races well.”

“He’s such an easy horse to train,” Pfieffer said.

“It hasn’t been a case of reinventing the wheel or anything.”

The victory made for a Scone Cup clean sweep for King who had ridden ‘Rocha Clock’ to a Group 3 Dark Jewel Classic (1400m) victory only 40 minutes earlier.

“It is nice isn’t it,” she said on Sky Thoroughbred Central.