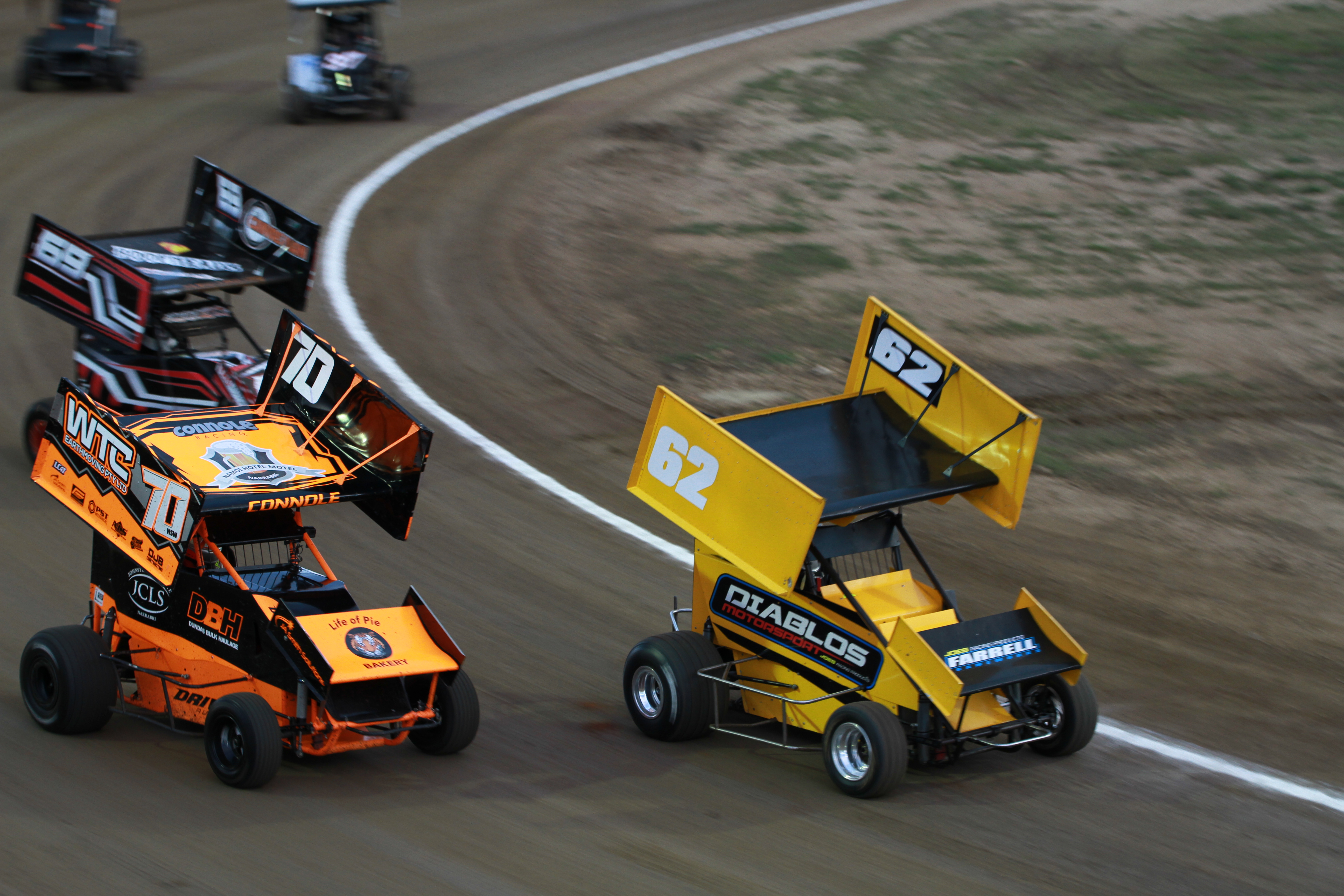 The final event for the Formula 500 2020/21 season for Singleton driver Roy Urpeth wrapped up in fine form.

“I am quite happy,” Roy told The Hunter River Times on Saturday night in Tamworth.

“I have struggled here a bit lately and to actually have a good run and I haven’t driven as hard as that in a while; so, I am really happy.”

Roy said his competitive nature and having spent some time looking at how to get the best performance out of car and driver has helped him get onto the podium.

“The main thing is to get the head right, I am nearly there but to be good at this sport self-belief is the number one thing,” he explained.

“Then you need ability and good equipment.”

The first two heats and the feature saw him place second, but a moment of confusion saw him swamped at the finish line in the third heat – denying him another second placing.

As temperatures plummeted on Saturday night and spectators shivered, the drivers and crews were kept on their toes ensuring optimum performance from their cars.

“Car wise the cooler temperature probably made the track nicer at the end of the night,” Roy explained.

“The top three tonight all have similar fuel injection and it’s got oxygen and temperature sensors, it will adjust how much fuel it needs to the conditions on the night.

“They are pretty high tech compared to when I first started 30 years ago.”

Roy said he intends to get back out next season, with no major rebuilds or work to be done to the car.