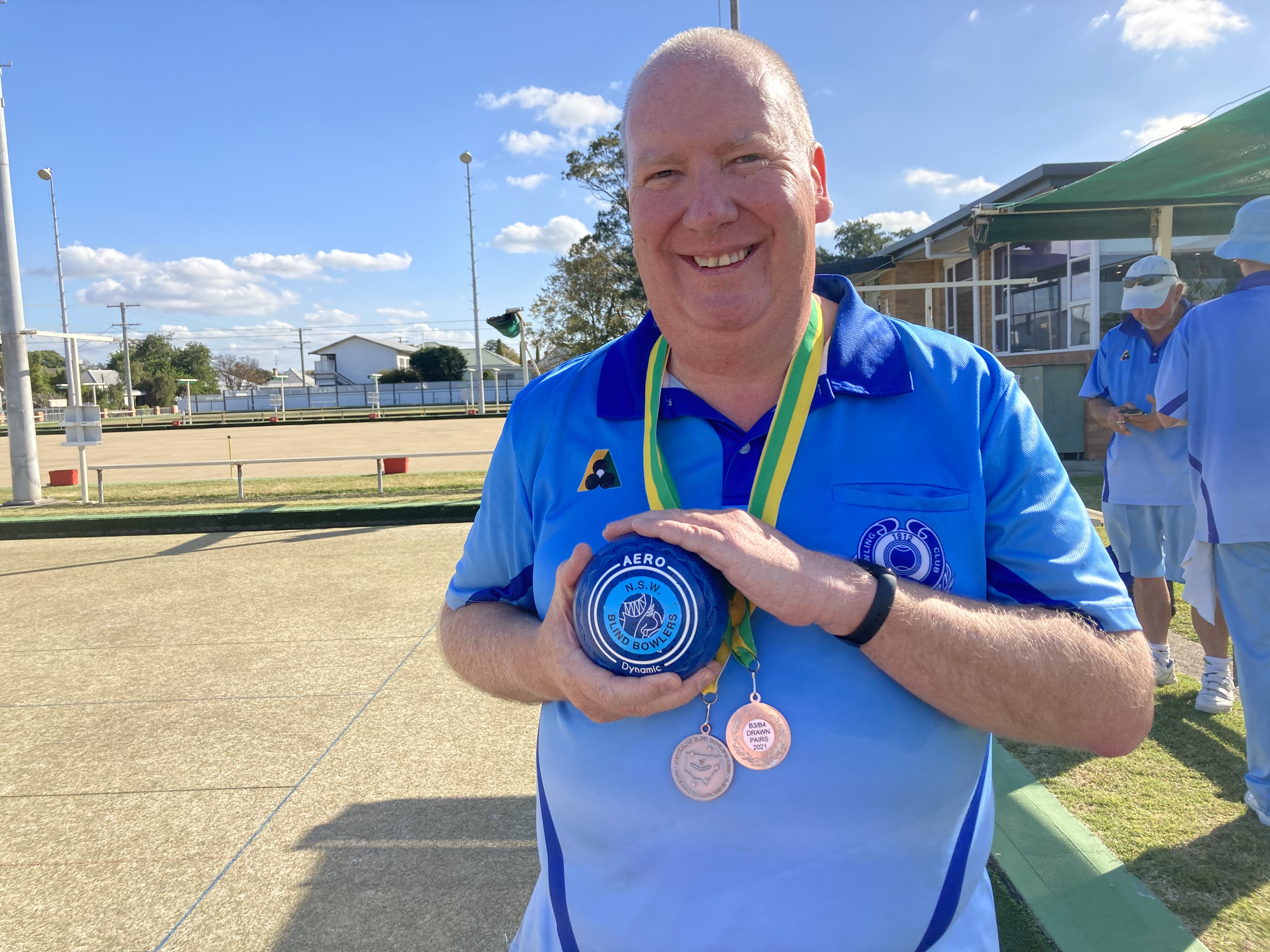 Martin Bock is sporting a grin of confidence on the bowling green these days after adding two national medals to his name.

The Singleton father of four travelled to Port Macquarie in May to compete in the Australian Blind Bowlers Association National Championships.

Martin won silver in the B3/B4 drawn pairs playing with Dennis Wormald and bronze in the open pairs for the same category competing with partner Sharon Dunk.

He also placed fourth in the B3 singles competition.

While thrilled with his performance, Martin said he was inspired by people playing the sport with far less vision than he.

While he may disagree, Martin is pretty incredible himself given he has achieved success after only playing lawn bowls for two years.

“I wanted to take it up and after attending a day put on by the NSW/ACT Blind Bowlers Association at Charlestown I approached Club Singleton and the club and the members have been just fantastic, so accepting of my visual impairment,” he said.

Martin uses a monocular so he can see the end of the green but apart from that, spectators wouldn’t notice that he was playing the game any differently to those around him.

“I have made plenty of friends through the sport, foes and allies, and I really do love the sport and I would love seeing more younger people take it up.”

The game is not played at a paralympic level but is played at the Commonwealth Games, something Martin hasn’t fully considered but you just never know.

Martin thanked his family for their support, Club Singleton and also Steven Hargreaves from Medowie how assisted him through the National competition.