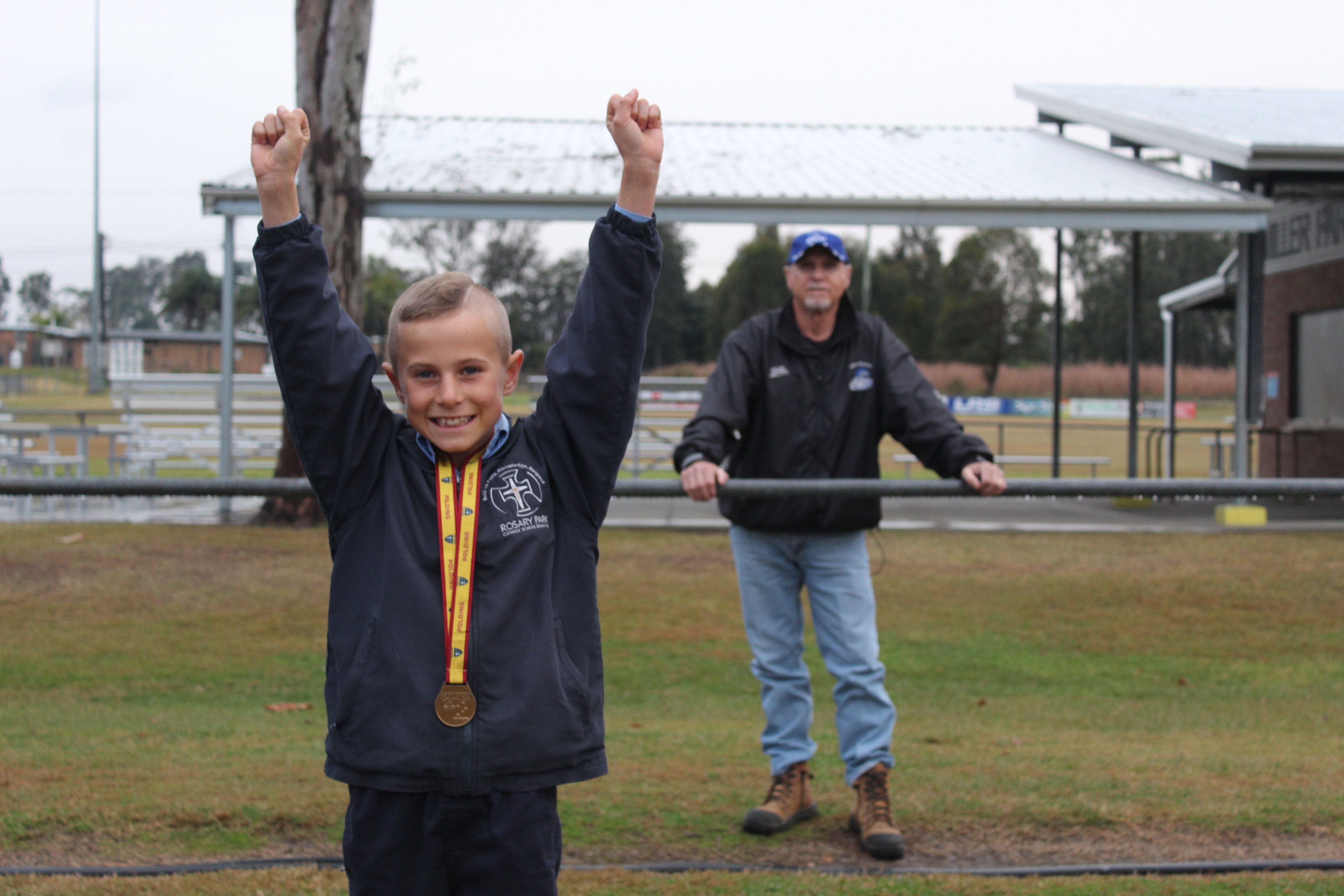 The nine-year-old completed the 2km track at the Motorsport Park with a time of 08:18 to claim the gold medal in the 8/9 Boys category ahead of Lismore’s Harper Gallagher (08:25) and Merewether’s Liam Glynn (8:30).

He then had one request for his proud grandfather (and coach) Jack Hebbe that evening.

“Can we start training again tomorrow?” he asked.

In his first year of Cross Country, the Year 4 Rosary Park Catholic School student initially recorded a time of 07:35 when competing at regional level earlier in the year.

So, when he and his family found out he had qualified for Sydney; they commenced his training immediately.

“He comes from a pretty good stock because both of his mother and father raced the cross-country same course in Sydney when they were young,” his grandfather explained.

“So, I ride my bike and I ride beside him, we practise the 2000m here (in Branxton) and then we go to the golf course and he trains up and down the hills.

“We do that on Monday, Wednesday, Friday while on Tuesday and Thursday he has under-9 rugby league training and then he trains his fitness with the senior team.”

“And I beat them all,” Hamson proudly added.

On the eve of the race, the youngster studied the track with his father John.

However not everything went to plan during the race.

“My Dad gave me tips like at the 300m mark I had to sprint at the first part,” he continued.

“So, I raced and there were adults on the track to tell you where to go and there was a little gap that wasn’t blocked off with a guy standing there head down on his phone.

“We all thought we were going one way and he was like ‘hey guys, you have to come back and go the other way’.”

The error added 12 seconds for front runners Hamson and Glynn nevertheless both will now be further prepared for the NSW All Schools Cross Country event to be held at the same venue on Friday, July 16.

There they will be joined by Singleton Public School student Cruz Mapp who also qualified for the event after taking out a gold medal at regional level.