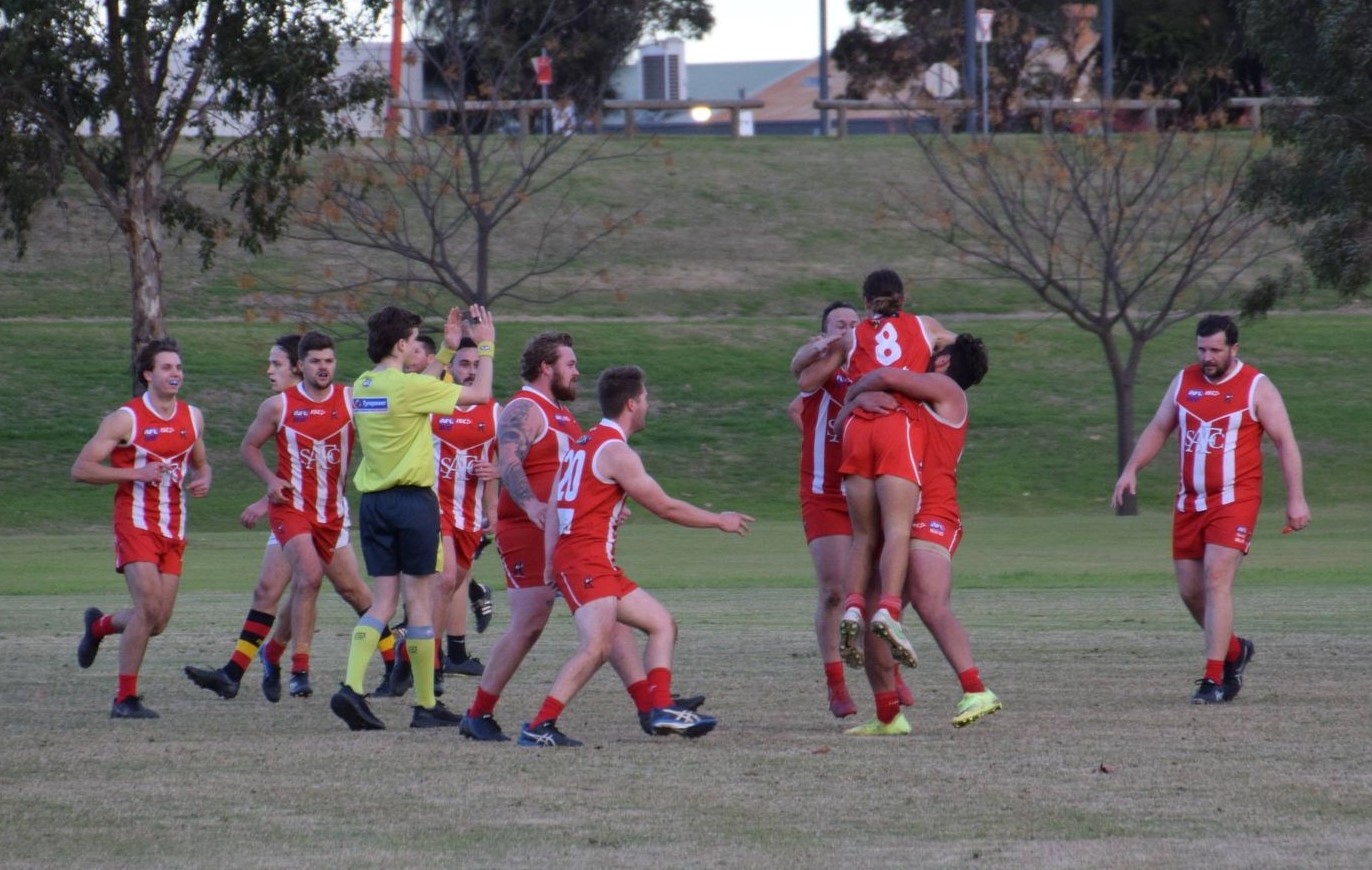 Stafa inspires side to emotional win

It was only his third senior game of footy.

Yet Singleton teenager Alex Stafa won over the crowd at Rose Point Park in the Roosters’ 9.9 (63) to 8.7 (55) win over the Maitland Saints on Saturday.

The 16-year-old scored five goals in a standout performance which saw the Roosters register four of the game’s final five goals.

“I felt pretty good after the game, a bit sore but the boys put on a great show and we all wanted that win like nothing else,” Stafa told The Hunter River Times.

“The transition into senior footy from juniors was a big step but I felt I was ready for another challenge against the next best players around.

“It’s a lot faster and more physical but that’s the way you want footy to be played.”

After a 1-3 start to the season, the Singleton Roosters will now return from this weekend’s club bye with a 4-5 record and looks set for another finals appearance.

“To go on to win a final in seniors would be up there with one of the best achievements,” he continued.

“To get to the finals is one task but to win it with a senior team that’s an even bigger task and I think with the talent in our group this year we are for sure bound for finals footy.

The Roosters had maintained the Shield from 2015-20 however fans were nervous earlier this season when the Saints celebrated a whopping 92-point win over Singleton in Round 4.

Fittingly, vice-captain Sam Howard would take the final mark on Saturday before the final siren ignited the crowd.

Howard had fond memories of playing alongside the late Bryan Childs prior to his tragic death in 2015.

“Bryan’s Memorial Shield game has always been of high importance to me; even when I moved to Sydney I still transferred back to play the game every year,” Howard concluded.