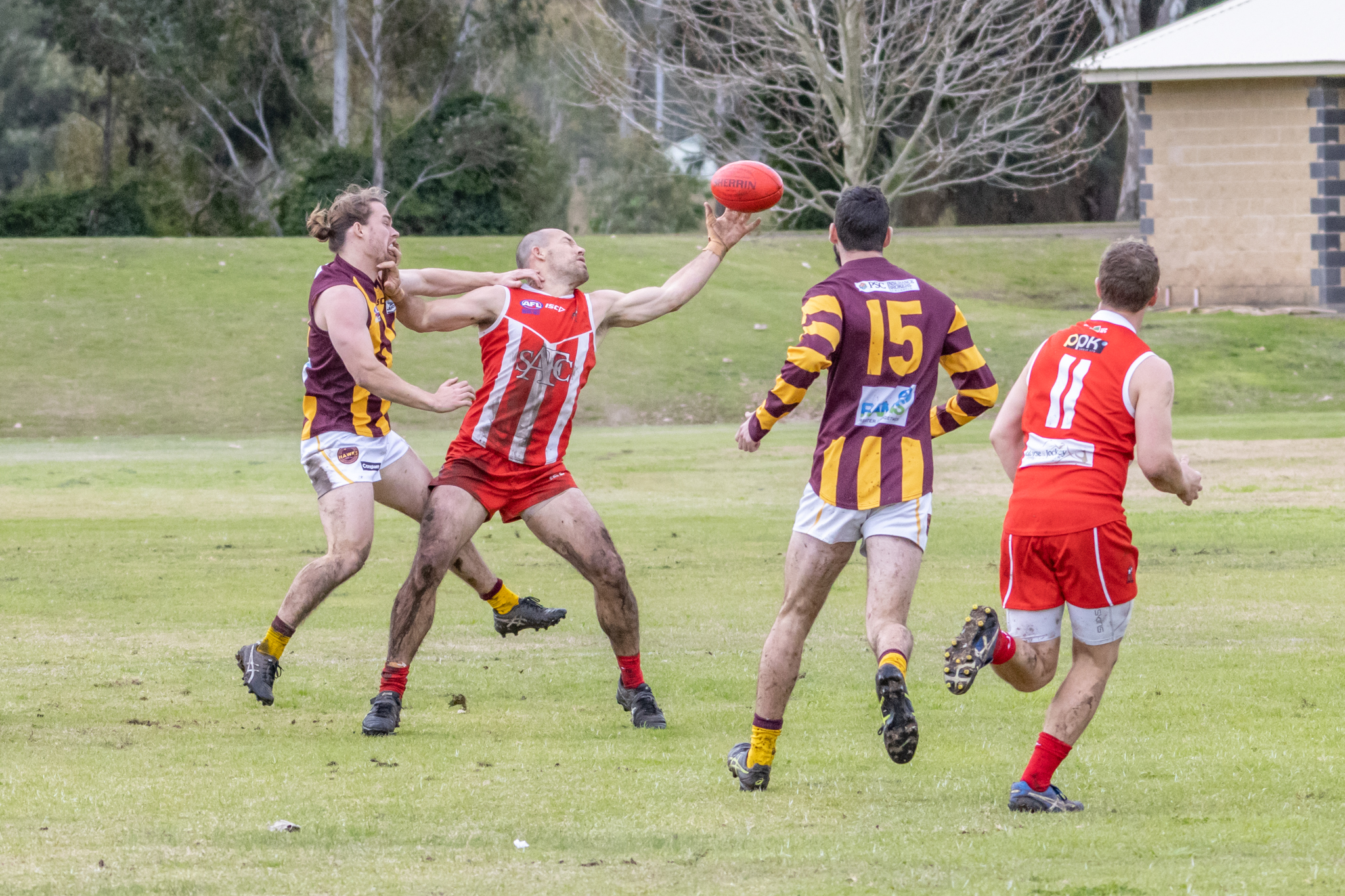 The afternoon’s gale force winds were capitalised by Cardiff’s two visiting teams who both built on strong leads at the first break.

The Singleton Roosters, who were without Sam Brasington, Jackson Channon and Joshua Eade, were unable to match the visitors who booted five unanswered goals in the opening term.

The Hawks, who were aided by the return of prolific goal-kicker Isaac Hughes and AFL academy duo Nathan Battaglia and Billy King, captured a 14.9 (93) to 7.6 (48) win in the finish.

Yet, moments before the final siren sounded, a one in 1000 occurrence took place.

At 4:05pm, Singleton’s on field leaders called for a player count suspecting that Cardiff had their allocated number.

Singleton based umpire Ashley Borg, who attended the match as a spectator, offered his explanation of the saga during the broadcast on BarTV.

“The Singleton player has called for the count,” Borg explained on Saturday.

“A Cardiff player (Isaac Robinson) was red carded at the five-minute mark and he has returned to the field at the right time.

“The count was called as correct so as a result of that the captain of the Singleton football club has been penalised with a free kick and a 50m penalty.”

MEANWHILE the Muswellbrook Cats celebrated a whopping 11.18 (84) to 9.1 (55) win over Wallsend-West Newcastle in the Black Diamond Plate competition.

*The AFL Hunter Central Coast competition is yet to release information about the remainder of the 2021 season at the time of this publication’s printing deadline.