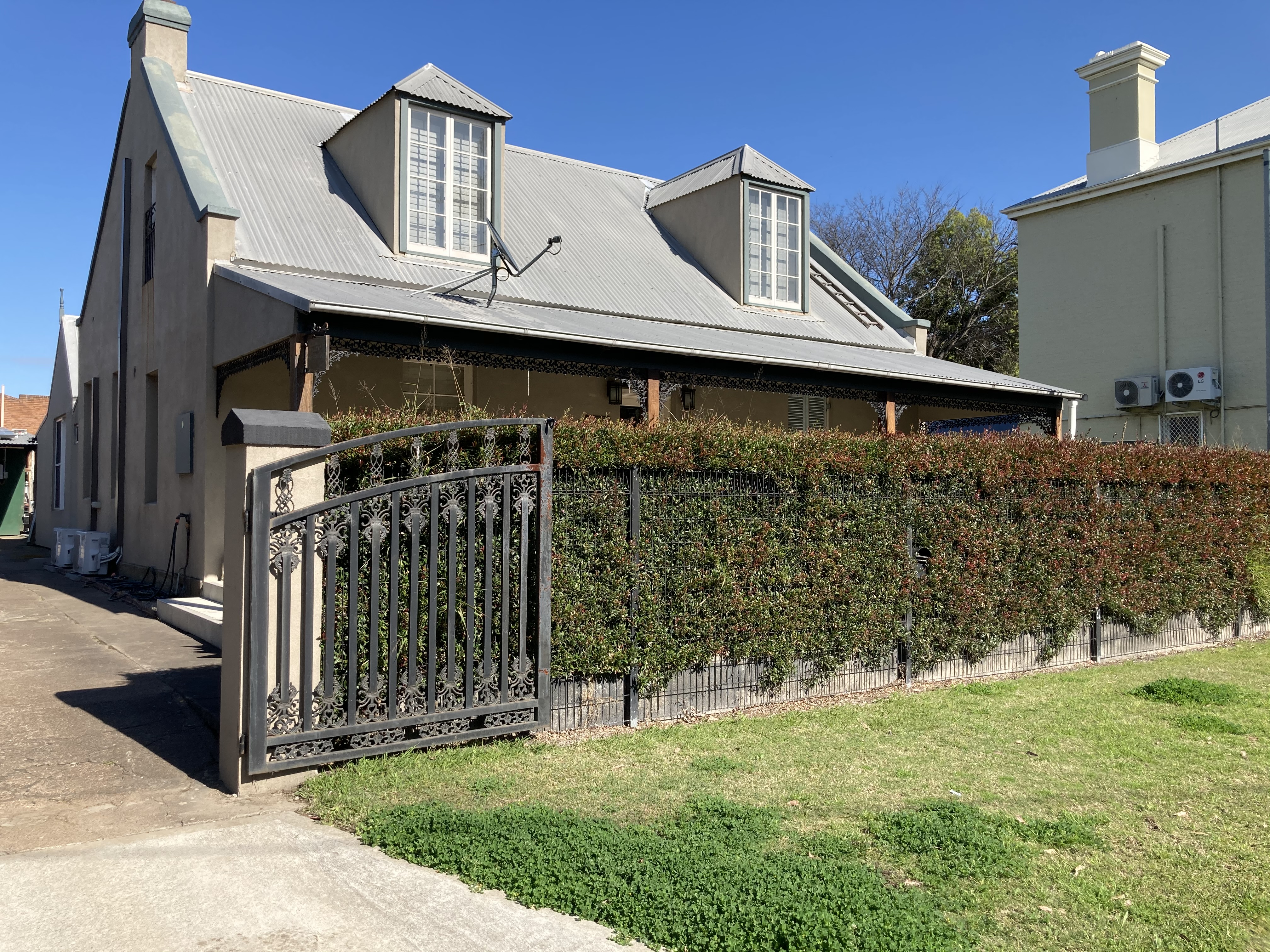 It was a renovation that captured the imagination at every turn and owner Neil Smith admits he spent just as much time reminiscing over items recovered during the project as he did on the project itself.

He has a collection of old coins and tokens uncovered at the George Street property in Singleton.  Among them a schilling from 1844, lots of pennies and half-pennies dating from 1857 to the 1900s all with Queen Victoria’s imprint, and a beer and wine token from a merchant in Melbourne.  There are horse shoes, rusty nails that were handcrafted by the blacksmiths who once worked from the shed next to the home, a stack of old convict bricks and dozens of forks and spoons that found their way into the flood mud through gaps in the old timber floor.  Then there were marbles, spectacles, buttons and a pocket knife.

“Everytime we did something we found something and you couldn’t help but reminisce when the items were found,” Neil said.

Known as the Clerihew Home, it was during the renovation that Neil discovered the name plate of the property, Kingston, secured to the wall adjacent to the front door.  Research tells Neil, and his wife Kim, that Kingston owned a lot of property around the northern end of George Street and was very prominent in the community.  Research was another little side-project to the renovation.

Neil and Kim purchased the property in 2009 and they always knew it was a building that required a lot of work from under the ground up.

As much as possible, they stuck to restoring the property sympathetic to its era.  Rought iron verandah lace was recovered from a home that burnt down in Campbell Street, the front door knock was recovered from Ewbank which continues to be repaired after it was significantly damaged when a truck careered into the building which is also in George Street.  Both items are now firmly in place at their new location and look as though they well and truly belong.

Other items, such as the stunning stain glass over the front door, was created specifically to enhance the heritage feel of the home.

Nothing was easy.  Replacing the floor saw three layers of carpet removed before getting to the timber and then underneath there was two feet of flood mud that was removed before concrete and a new timber floor installed.

The back of the home had been weatherboard but Neil and Kim re-rendered the entire exterior, adding a splash of colour and now, you would never have known the two buildings had once appeared very separate.

Along the reno journey, Neil was continually fascinated by the history of the building and the people who lived there.

“I hope I have done everything right,” Neil said.

The couple rent the property out, living now at Singleton Heights, and it is certainly unusual for someone to put so much care and thought into a rental.  Fortunately, for the sake of Singleton’s heritage, this is exactly what they have done so that those who drive that very busy Singleton Crossing over the Hunter River, can take a glimpse of life in the early days and like Neil, imagine life of days gone by.

William Clerihew lived at 11-15 George Street and established the blacksmith shop next to his home in the late 1850s.  In 1866 he became the assistance assessor to the new Singleton Municipality earing $40 a year.  He was prominent in community affairs in Singleton until his death in 1890.  His wife, Mary, died in 1894.  John Miner Senior had leased the blacksmith shop from December 1886 and purchased both the house and the business on August 4, 1894.  John’s son, John Frances Miner, studied his blacksmith apprenticeship with his father.  Together, operating as a family business, they won many awards and John Miner Senior was a judge at Maitland and Upper Hunter Shows.

Son John and his wife, Matilda, and seven children moved into Clerihew’s House in 1917.  John died in November 1923 and Matilda lived there until her death in 1945.

Neil’s own research shows that Wallace Smith and his wife lived in the homestead until his death in 1970.  Wallace worked around farmland at Combo and they were very much into greyhound dogs.

The couple had two children, Joan and Druce, who continued with that greyhound tradition.

Neil tells stories of Joany walking her beloved greyhounds, sometimes three dogs on each arm, on leads around Soapsuds Lane.  Other items recovered during the renovation have been numerous framed photos of winning dogs from all over the State.

Winners from Harold Park in Sydney back in 1955 and wins in the 1960s from Newcastle, Maitland, Muswellbrook and Singleton.

Neil is not quite sure what he intends to do with these photos just yet but he thinks they belong on the walls of the Clerihew Home so it is more than likely, that is exactly where some will end up.