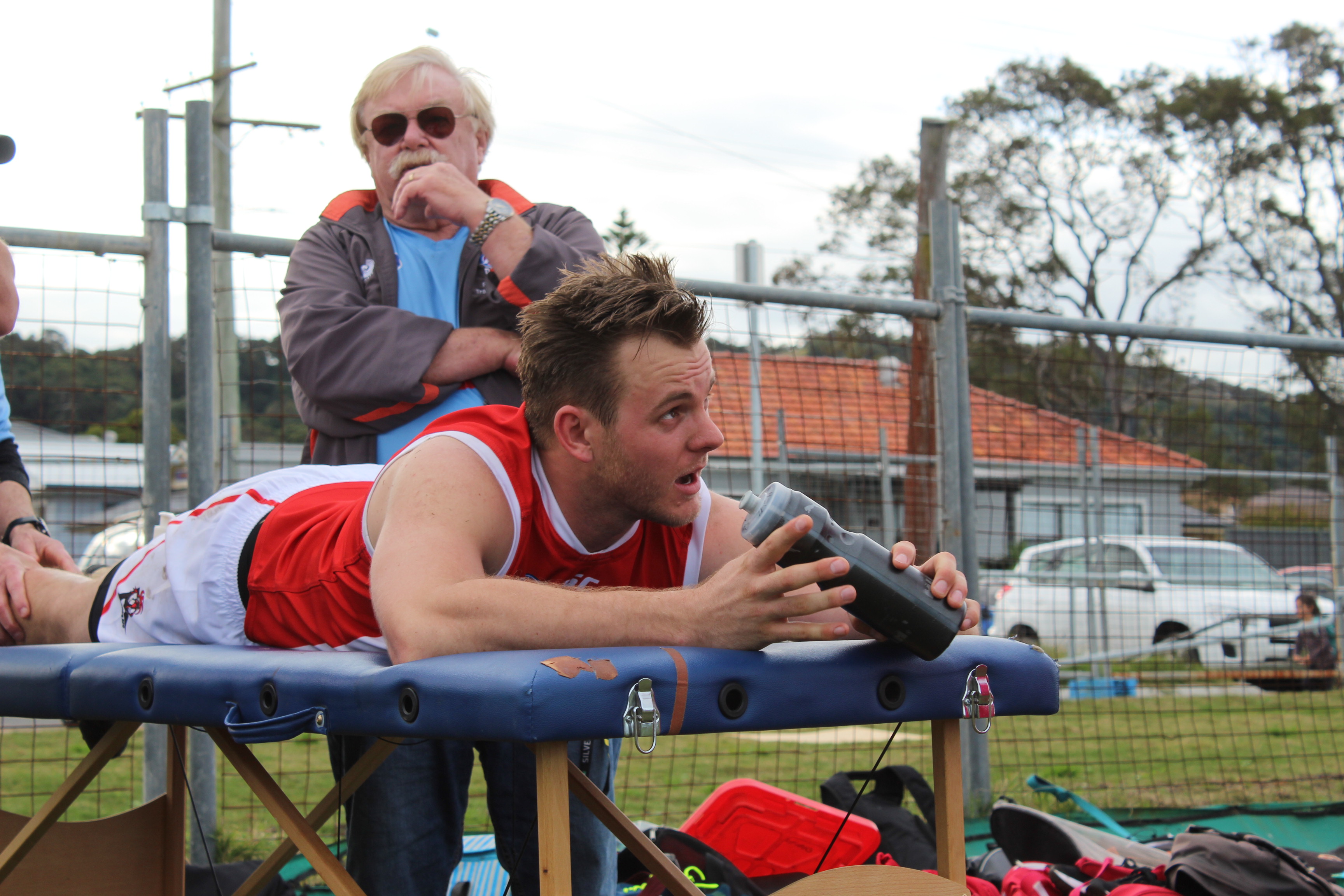 A passion to play

You can’t help but admire the story of the Melbourne Demons.

This weekend Australia’s oldest professional sporting club will playoff in the AFL grand final for the first time since September 2, 2000.

To put this drought into perspective, the Sydney Olympic torch had just made its way through the Upper Hunter only four days earlier.

If they are successful, the result will cast an emotional end to a 57-year premiership drought.

The Dees did not even make the finals for 23 years after their famous victory over Collingwood in 1964. Since then, the club has been plagued like no other off the field in recent years following the tragic deaths former player Troy Broadbridge (2004 Boxing Day Tsunami victim), former coach Dean Bailey and former captain Robbie Flower (both lost to health battles in 2014).

Or the inspirational fight against motor neuron disease that the club’s former coach Neal Daniher has shared with the public since 2013?

The Dees theme will be courage when looking back at the lead up to this Saturday’s AFL grand final.

It is a term defined by my Singleton Roosters’ first grade teammate Zach Bray as ‘doing what needs to be done’.

The athletic ruckman was enjoying his third season at Rose Point Park when I first had the honour of running alongside him in early 2019.

However, he was absent from the group for the second half of that season.

“I played a game of footy on the 15th of June and on Monday 17th I woke up after a colonoscopy to find out I had a 30cm long tumour in my lower large intestine,” Bray revealed.

The (then) 25-year-old was had a healthy diet and a fine level fitness and no documented history of bowel cancer in his family.

As a former utility for Sydney based AFL clubs North Shore Bombers and Manly Wolves he continued to enjoy his footy with the Roosters after moving to the area for his Mining Engineering graduate program with Thiess in 2017.

From there, he gained exposure across multiple mine sites including Mt Owen and Mt Pleasant before landing a mining engineers position at Mt Arthur South while living in both Muswellbrook and Singleton.

Upper Hunter life could not have been much better for Bray.

So, when he woke up from his surgery three weeks later, one of his first goals was to focus on his return to the footy field.

It was time, to do what needed to be done.

“I had robotic surgery three weeks later which resulted in no major complications and, so far, the complete removal of the cancer,” he continued.

“I was very fortunate to have caught it at the stage that I had as the tumour had just started to penetrate the bowel wall which is very close to becoming metastatic.”

After two weeks in hospital, Bray returned to his work by the end of the month.

He also did not require a colostomy bag as doctors successfully re-joined his bowel during the surgery.

Yet he could not help but miss being out on the field with his teammates; such was his passion to play.

“I had to take the remainder of 2019 off from footy as if I received a knock id be in trouble,” he admitted.

“But I was able to stay fit and was the runner for the team against Terrigal Avoca in the preliminary final that year.

“It was hard not being on the field with the lads but it was great to still be a part of it (as well as the footy trip down the Melbourne that followed).”

Bray ticked all the boxes during his next check up and was on the cusp of a return to the field in April 2020.

Unfortunately, the region’s first covid-lockdown forced the postponement of the league’s season.

However a shortened season went ahead on Saturday, July 18.

Bray was ready for his long-awaited return.

“I recall the pre-bounce rev up in the team huddle,” he reflected.

“Pup (Singleton’s captain Alex Mitchell) brought up that it was my first game back, that I had been an inspiration for the boys in the previous year and how he was stoked to be playing alongside me that day.

“That was a special moment.”

He has played 23 games since making his memorable return that afternoon.

“I’m grateful for every game of footy I can play,” he concluded.

“I’m not the greatest footballer on the field but I’m proud of the position I play and the chance to play with a great bunch of blokes is a gift.”

Finally, we asked the courageous Singleton Rooster for his prediction this AFL grand final weekend.

“For me I’m backing the Dees,” he concluded.

“Having played alongside Will (Brayshaw) in 2019 and meeting the family and his brother Gus it would be great to see them get up.

“I know there will be a hell of a party when they do.”