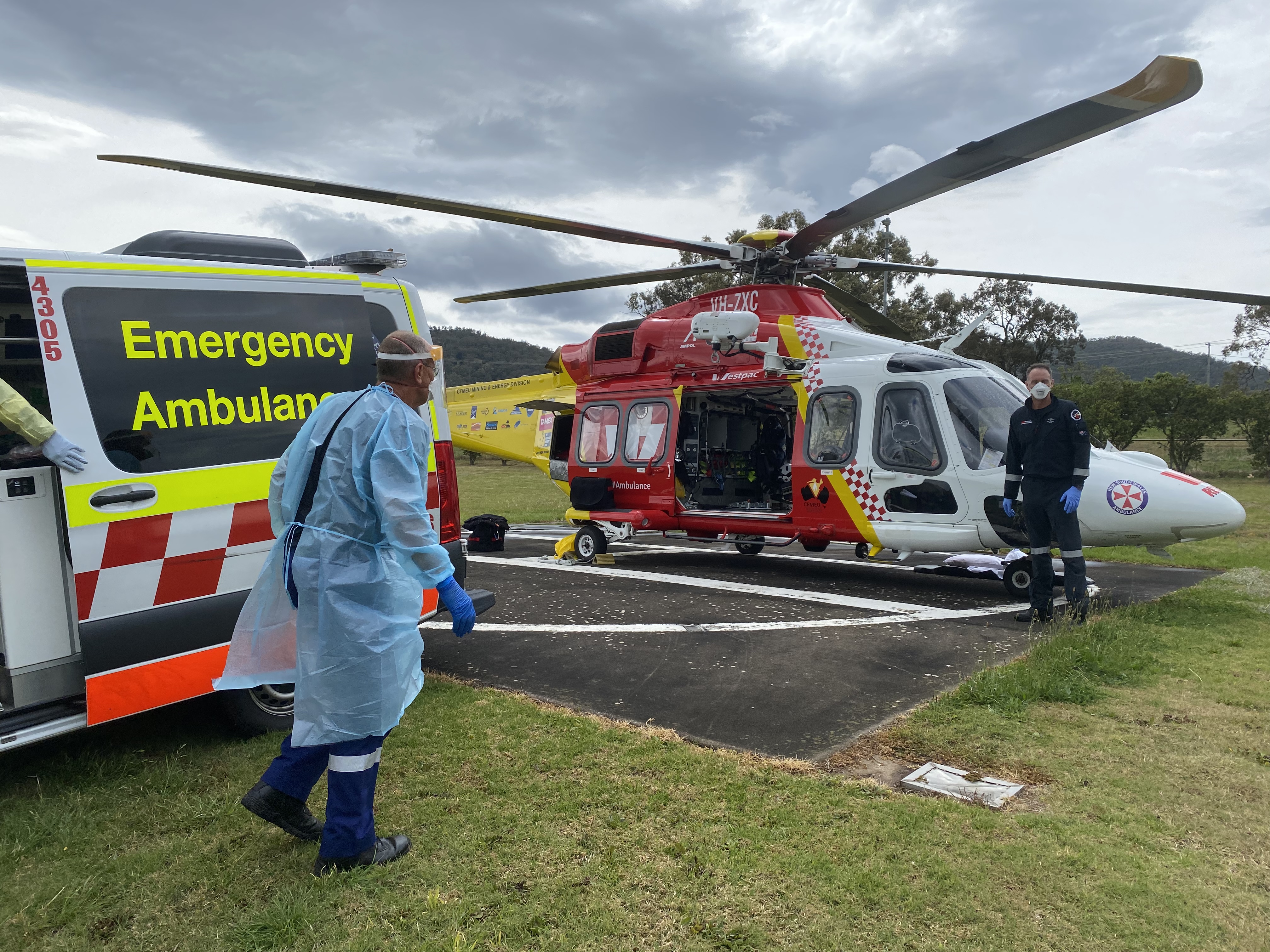 The Westpac Rescue Helicopter was tasked by New South Wales Ambulance at 7:20am this morning to a report of a truck crossing a rail line that had been struck by a fully loaded coal train south of Scone.

Local NSW Ambulance Paramedics commenced treatment on the 29yo male truck driver who was pulled from his crushed cabin by a bystander before he was conveyed by Ambulance to Scone Hospital where they rendezvoused with the helicopter and the Helicopter Critical Care Medical Team.

The gentleman has been treated and stabilised for serious chest injuries prior to being airlifted direct to the John Hunter Hospital in a serious condition for further treatment.