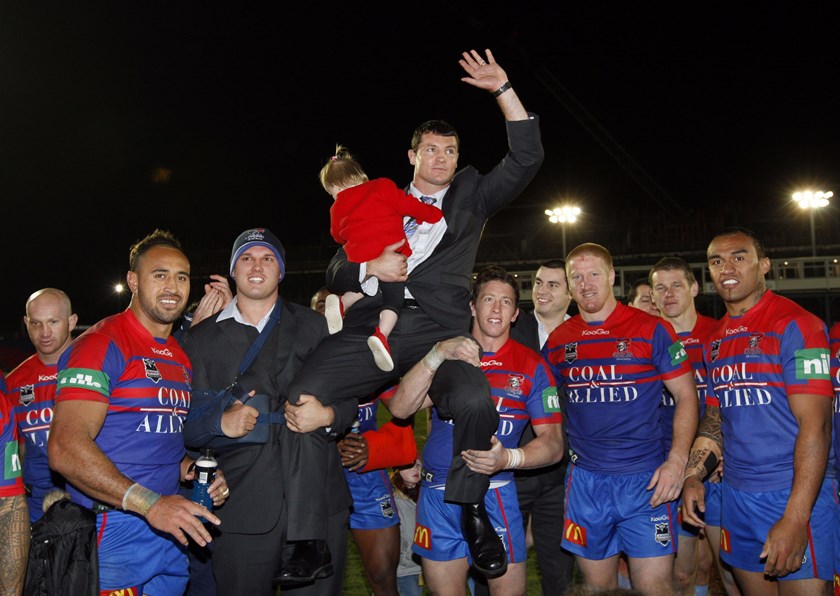 From Broke to Knights’ life member

Both he and former teammate Jarrod Mullen were announced as the NRL club’s newest life members during the first virtual Danny Buderus Medal night (an intimate ceremony took place inside the Sunshine Coast Hub which was live streamed to the general public).

Last month also marked 20 years since he helped guide the Knights to a memorable 30-24 NRL grand final win over Parramatta before a crowd of 90,414 at Stadium.

“I was really lucky to come in at a time we had a really competitive side,” Simpson reflected in a recent interview.

“It was just good to be part of it.

“It was a really enjoyable time to be around the club.”

MEANWHILE Singleton’s Joshua King was crowned as the nib Community Player of the Year.

IN OTHER AWARDS Jacob Saifiti claimed the top gong (the Danny Buderus Medal as the Club’s Player of the Year), Brodie Jones won the McDonald Jones Homes Rookie of the Year award, Jayden Brailey received the Once a Knight Old Boys Gladiator of the Year while the Life Time Contribution award went to Dr Neil Halpin.