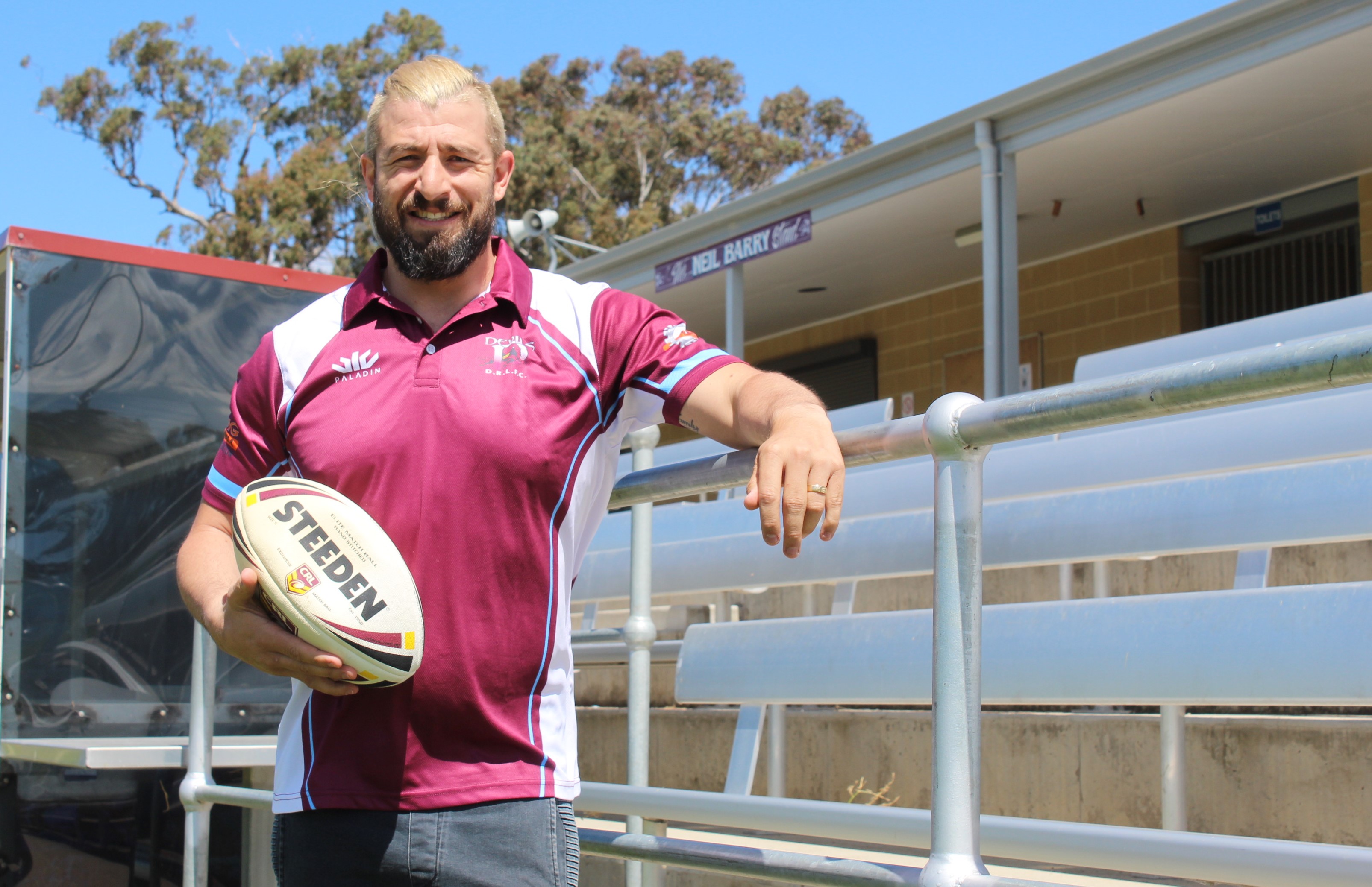 At the age of 17, the incoming Denman captain-coach found himself on Melbourne Storm’s playing list under legendary coach Craig Bellamy.

A few years later he lived out a childhood dream when playing alongside his younger brother Kieran at the Manly Sea Eagles.

More recently, he has tasted premiership success at local level with Aberdeen in 2017 and Newcastle Rugby League outfit Cessnock in 2020.

Both were drought breaking titles.

Now the 33-year-old has set himself a new task by signing with the Devils who are chasing their first Group 21 title since 2015.

“I plan not just to make up the numbers next season but make this a really enjoyable club,” Foran told The Hunter River Times in Denman this week.

“For everyone involved, I want to do everything I can off the field to create a bit more of a hype.

“It will be the club’s 100th year and we’re going to mean business so we will hit the ground running.”

This year’s first grade coach Paul Benkovic will also remain at the club, as will his son and first grade captain Brady Benkovic.

Foran, who took out the 2019 Group 21 first grade player of the year award, hopes his return can also make a positive impact on the region’s local league landscape.

“The last couple of years with covid has made it hard to get footy off the ground in general,” he continued.

“A few years ago when I was playing in the competition I think there was a bit more interest but the attention on Group 21 hasn’t grown to what it has been.

“Hopefully now with the vaccines happening we can start getting the sponsors, crowds and even big-name players back on board.”

The Devils, who last tasted success when defeating Scone 24-20 in the memorable 128-minute decider in 2015, finished fourth on the table this season with two wins.

Their tally could have doubled had they held on in close away games against Aberdeen (Round 2) and Singleton (Round 8).

Nevertheless Foran’s inclusion to the side has already bolstered the club’s position in the Group’s 2022 premiership discussion.

“Those individual accolades are good but when you have played a higher standard of footy you sort of put your own pressure that you are living up to the hype,” he revealed.

“For me it’s about repaying the fans at country clubs and making sure that every time I come out I am playing good footy and leading from the front.”

The Ellerslie Eagles may not be as well-known as the Melbourne Storm or Manly Sea Eagles.

Yet there were many leaders within the walls of the Auckland Rugby League club which helped shape a young Liam Foran.

“It all started in New Zealand,” the incoming Denman playing coach reflected.

“Being a Kiwi, it is always about the All Blacks and that is what Dad drilled into Kieran (brother) and I.

“But we happened to live near a rugby league club (Ellerslie Eagles) so from an early age we walked down and we both loved contact sport.

“There I was lucky enough to have a few coaches who are still great family friends.”

Club mentors such as Geoff Sturt and his godfather Don McKinnon guided him through the grades.

He then made the Australian Schoolboys line-up in 2006, a squad which featured future Wallaby Israel Folau.

Both landed on the Melbourne Storm playing list in the following years.

“We were very fortunate to have people like that around Ellerslie that believed in us and pushed us,” he added.

“Then I signed a two-year deal with the Melbourne Storm halfway through Year 12 and was coached by Craig Bellamy.

“He had that reputation of getting teams where they needed to get to and being a young 17-year-old coming in to such a successful club was pretty daunting.

“But it also taught you about hard work and what it takes to get to the top when you are training everyday with Billy Slater, Cameron Smith and Cooper Cronk.

“You really see why those guys have become immortals.”

After stints at the New Zealand Warriors and Sydney Roosters he added to his three NRL games from 2008 when joining his brother Kieran at the Manly Sea Eagles.

While he also enjoyed a short stint in England’s Superleague with Salford City Reds, he takes most pride when reflecting on his tenure at Brookvale Oval.

“The opportunity to play NRL with my brother at the Manly Sea Eagles was still one of my fondest memories,” he admitted.

“It is a childhood dream to play in the NRL and to do it with my brother was the cherry on top.”

After almost two decades of senior rugby league, Foran is now ready to coach his own squad.

“Coaching is more about mentoring and I have been fortunate to pick up a few habits along the way,” he concluded.

“I think if you can go in with that sort of mentality it goes a long way to having a successful year.”