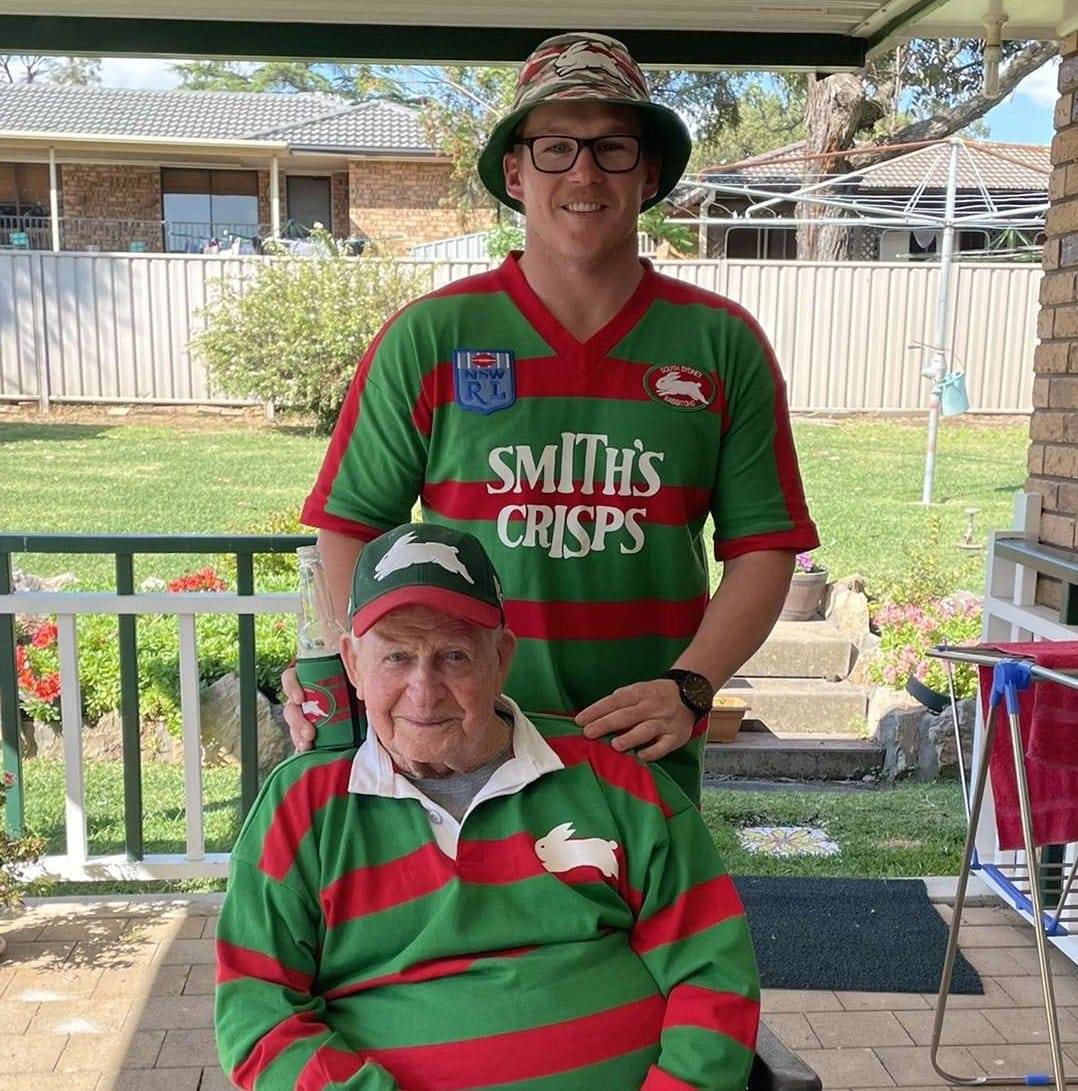 Many Rabbitohs fans across the Upper Hunter embraced the high spirit of NRL grand final week ahead of the clash.

Reigning Singleton Golf Club men’s champion Chad Vesper was pictured with a decorative banner ahead of the clash.

It made for a minor distraction during the LGA’s third covid-lockdown.

Denman Devils first grade captain also shared his passion for the Rabbitohs through his close relationship with his grandfather Wally Nicol.

“He is just a die-hard Souths fan,” Benkovic explained.

“He got me supporting them since I was 5.

“He’s wheel-chair bound so can only come to some of my footy games when he feels up to it.”

Benkovic, like most South Sydney fans up in the Upper Hunter, was gutted by the close 14-12 result.

“I was extremely shattered with the result but I thought Souths just tried and tried and hung in there really good,” he concluded.

“They defended unreal considering the ball and field possession that Penrith had.

“A few things didn’t go there way but I was extremely proud of their efforts.

“They had the chance to force it to extra time but just wasn’t our night.”