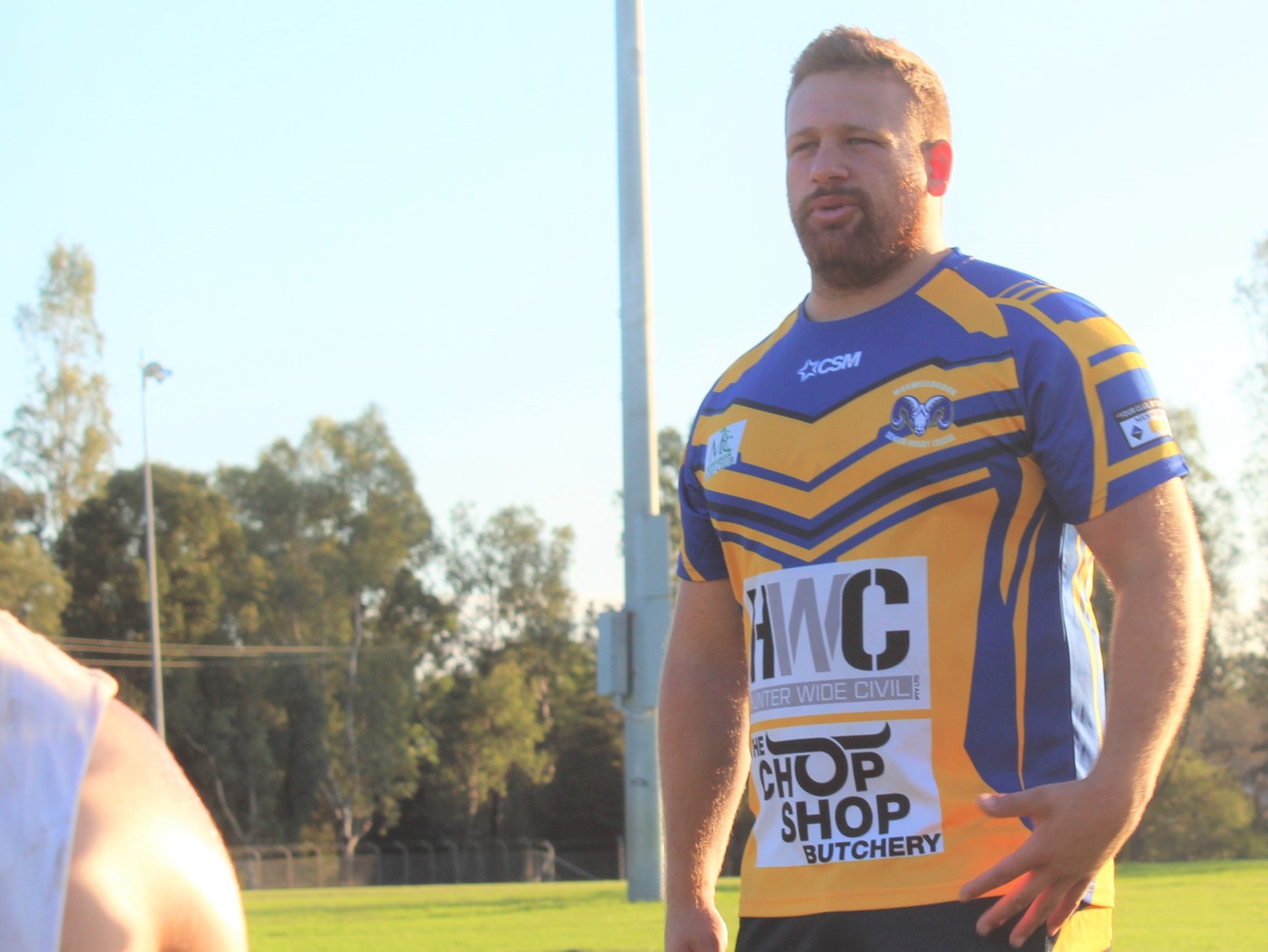 It has been 6205 days since the Muswellbrook Rams last won a first-grade premiership.

Incoming captain-coach Jayden Rosberg, who was unveiled as the Group 21 club’s new mentor last month, hopes to put an end to that drought in season 2022.

The 28-year-old helped guide the Rams to two wins this season following the line-up’s two-year hiatus from the first-grade competition.

He also balanced his playing duties with his role as the club’s under-16 side.

“My teammate Adam Grew moved up here and me and him played a bit of footy in Newcastle.

“He asked if I wanted a change and move up to the Valley so I took it on, moved up my little family and haven’t looked back.”

Rosberg’s resume two seasons with the Newcastle Knights’ NSW Cup squad along with stints at South Newcastle, Maitland Pickers and Macquarie Scorpions and the Northern Suburbs Devils in the Queensland Cup.

He also helped guide the Newcastle All Blacks to a knock-out win against the Laperouse Panthers.

Now he hopes to deliver multiple Group 21 titles to a club which has been starved since September 12, 2004.

“We started off pretty poorly this year,” he reflected.

“We don’t like to call it that but realistically that’s what it was, a redevelopment type of year.

“But we’ve put first grade time into our younger players and we have tried to rebuild the club back up to attract more players to come and play.

Now that the club is in a better spot and the competition looks like it is a bit healthier as well.”

“Chanel is looking at sticking around the next few years actually and Adam Grew has massive for us as well,” he explained.

“It will be instrumental in keeping him around the club next year as well.

“Another big one for me is Callan Cridland.

“He is sort of a rookie for first grade and grade but he has a lot of potential and after a big year working under Chanel and the more experienced players he will go a long way.

“Young Jacob Button is a big one for me as well, he had a breakthrough year last year and is a very talented footballer.

“Under a big pre-season he will be massive for us.”

Rosberg has revealed that he will have two weeks of pre-season training in December before commencing his ten-week pre-season program after the Christmas break.