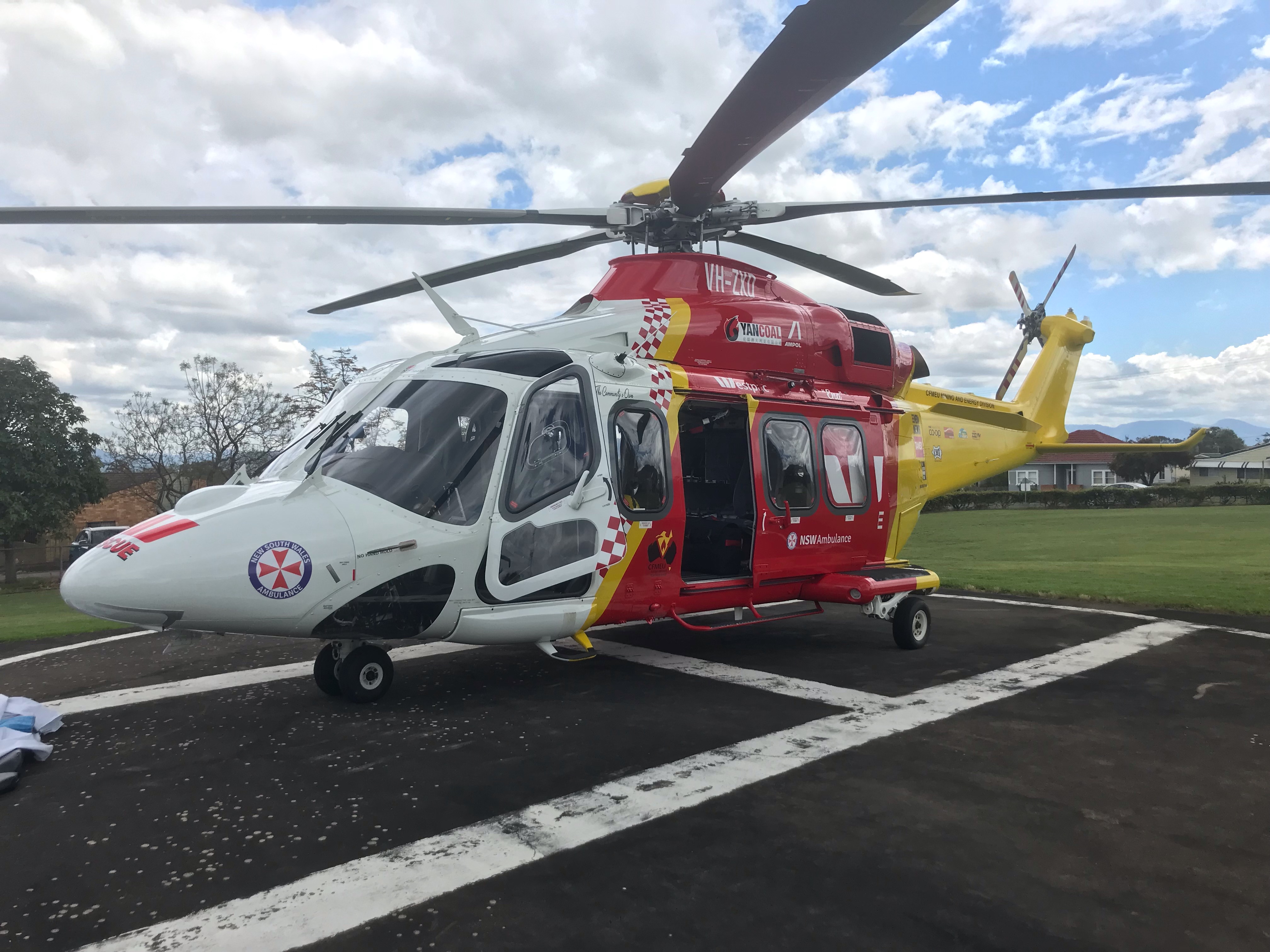 The Westpac Rescue Helicopter Service has been called to the Upper Hunter three times since midnight.

The Westpac Rescue Helicopter was tasked by New South Wales Ambulance just after midnight to a report of a person suffering serious burns after stepping into boiling fatty water at his workplace at Scone.

Local NSW Ambulance Paramedics have rendezvoused with the helicopter and Helicopter Critical Care Medical Team at Scone airport with a 68-year-old male who has suffered serious burns to his lower limbs. After further stabilising the gentleman he has been airlifted direct to John Hunter Hospital in a stable condition for further medical treatment.

Then the Westpac Rescue Helicopter was tasked by New South Wales Ambulance at 7:15am this morning to a report of a serious 3 vehicle MVA between a car a Ute and a mobile crane truck at Jerrys Plains.

Local NSW Ambulance Paramedics arrived on scene and commenced treatment of the 45-year-old ute driver who has suffered serious head injuries after he was ejected from the vehicle and rendezvoused with the helicopter and the Helicopter Critical Care Medical Team at Singleton Hospital. The gentleman was further stabilised for flight, prior to being airlifted direct to John Hunter Hospital in a serious but stable condition for further treatment.

The Westpac Rescue Helicopter was tasked by New South Wales Ambulance at 10:45am this morning to carry out a urgent inter hospital medical retrieval from Scone Hospital back to the John Hunter Hospital. The JHH Medical Retrieval Team have stabilised the 68-year-old female patient who is suffering a serious medical condition prior to being airlifted back to JHH in a stable condition for further specialist medical treatment.