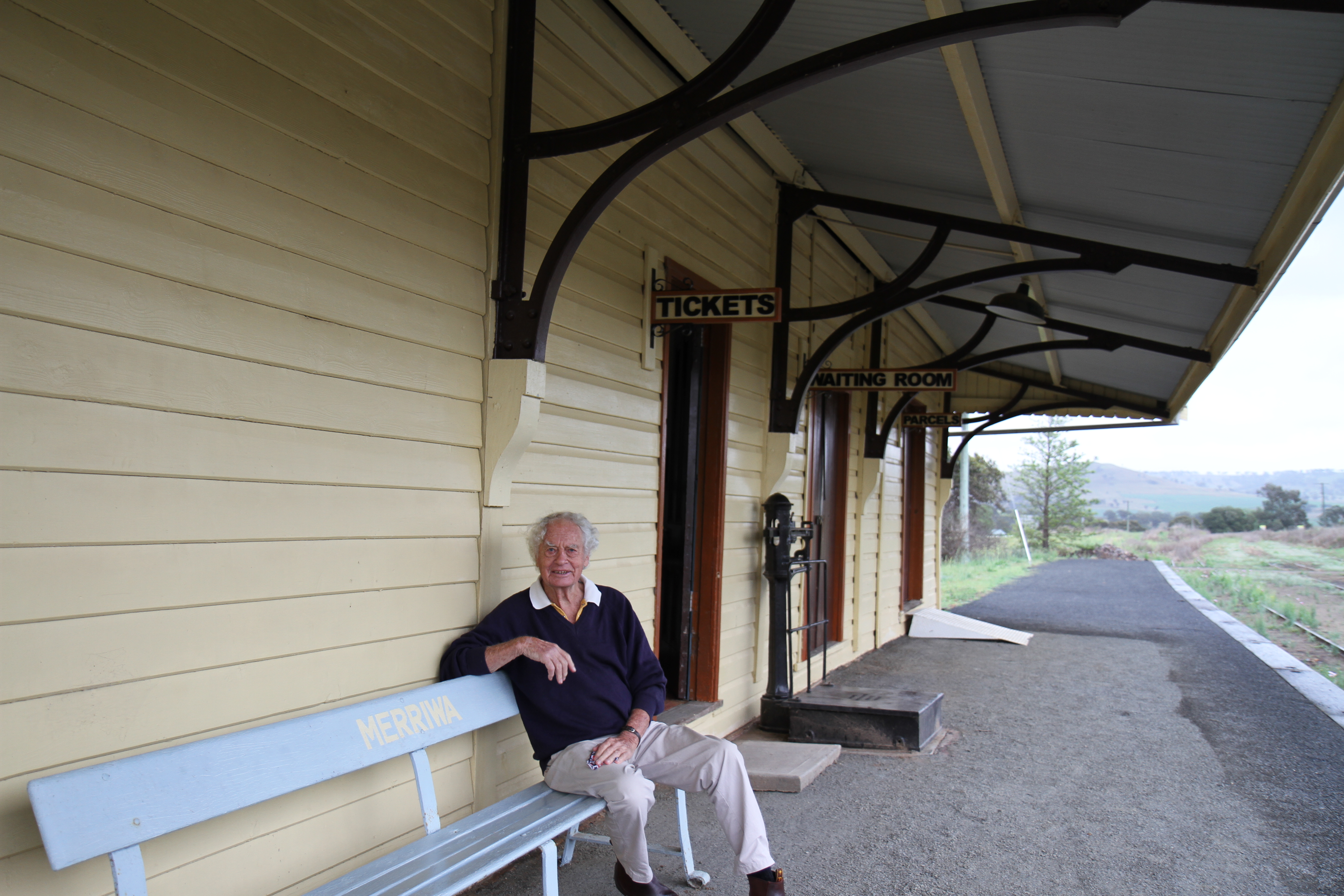 It has been 43 years since the last regular train service ran to Merriwa but much to the delight of many in the region the railway station has recently been receiving some tender loving care.

Merriwa Railway Society vice president Bryan Baker is a self-confessed railway buff and along with other members has been working to revive the Merriwa Train Station and preserve its history since the group formed in 2009.

In 1877 a group of locals led by Alan McRae petitioned the government to establish a train line from Muswellbrook out to Merriwa.

Approval was given in 1912 with the first sod being tuned in June of that year and five years later the station and line were complete.

“It was both passenger and freight, at some stages there were around 30 transfers back and forth.  It was a fairly active line at one stage,” Bryan shared.

“At the end of the line we have a turntable, the train would come this far, go up to the turntable and manually turn the engine around and it went back to Muswellbrook.”

Regular passenger services stopped running the line in 1973 and in 1978 the final freight train left the station, with the exception of one special trip.

“They did run a special service in 1982 to take the school children from Merriwa to Newcastle because Prince Charles and Lady Di were visiting,” Bryan said.

In 2009 a public meeting was held to garner interest from the community to revive the station and  the Merriwa Railway Society was formed.

Late last year the group had what Bryan called a breakthrough when they finally got an agreement with the John Holland Group, who are responsible for maintaining the rail corridor, in getting support to repair the station platform.

“They agreed to do the work for the platform and that was done in May of this year, which is absolutely marvellous, it will last another 100 years,” he said.

“And then whilst they were doing that, the works manager came here to check the work progress and I talked to him about the siding and decking requirement of the goods shed.”

This second job was finished just weeks ago.

The station is open for visitors at open days run throughout the year, and during the Festival of the Fleeces they swing the doors open.

Any groups that would like to visit and check out the station, and the memorabilia they have collected, are encouraged to contact the group on 6548 5000 or visit their website www.merriwarailwaysocietyinc.com.au.