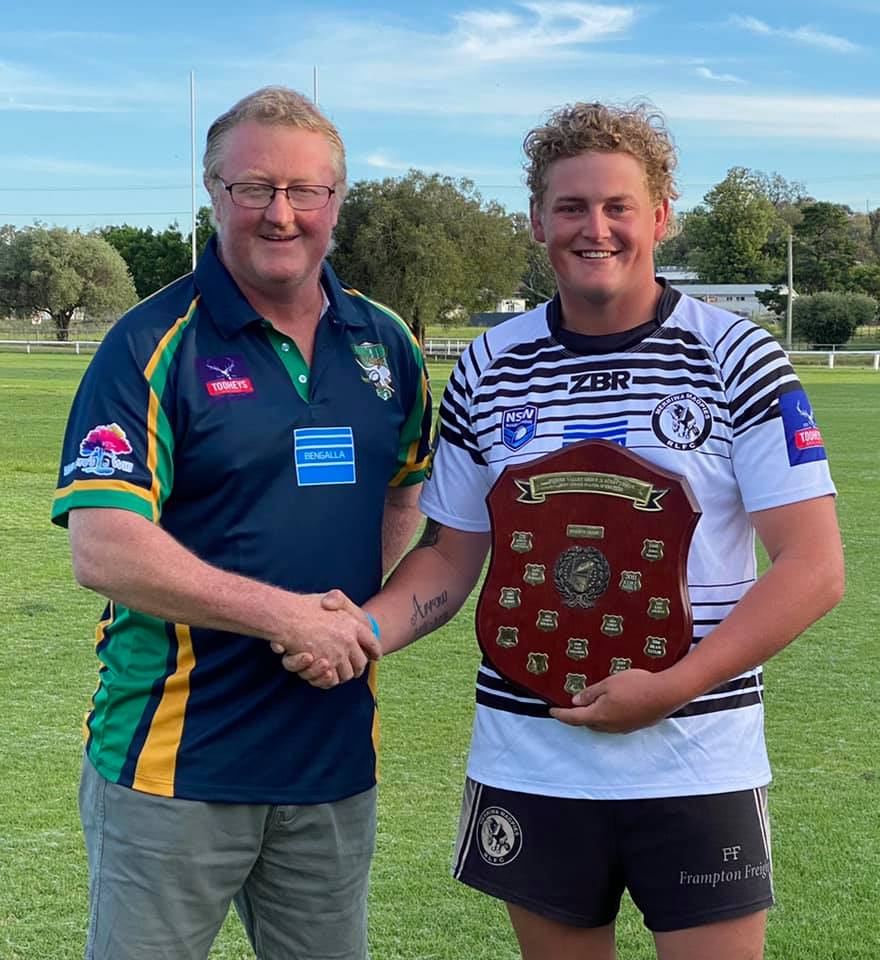 When Merriwa Magpie John Whitby was asked to come to venture to his club on Tuesday evening, he was under the impression that the was to pose for a Group 21 promotional campaign ahead of the 2022 season.

Instead, he was named as the Group 21 Reserve Grade Player of the Year before adoring friends, family and club officials.

“Simon and Jane (Walsmley) were there and the president and secretary were there and it was a big surprise,” the front rower told The Hunter River Times this week.

This was the first league presentation to be announced following the cancellation of the 2021 season due to the recent covid-lockdown.