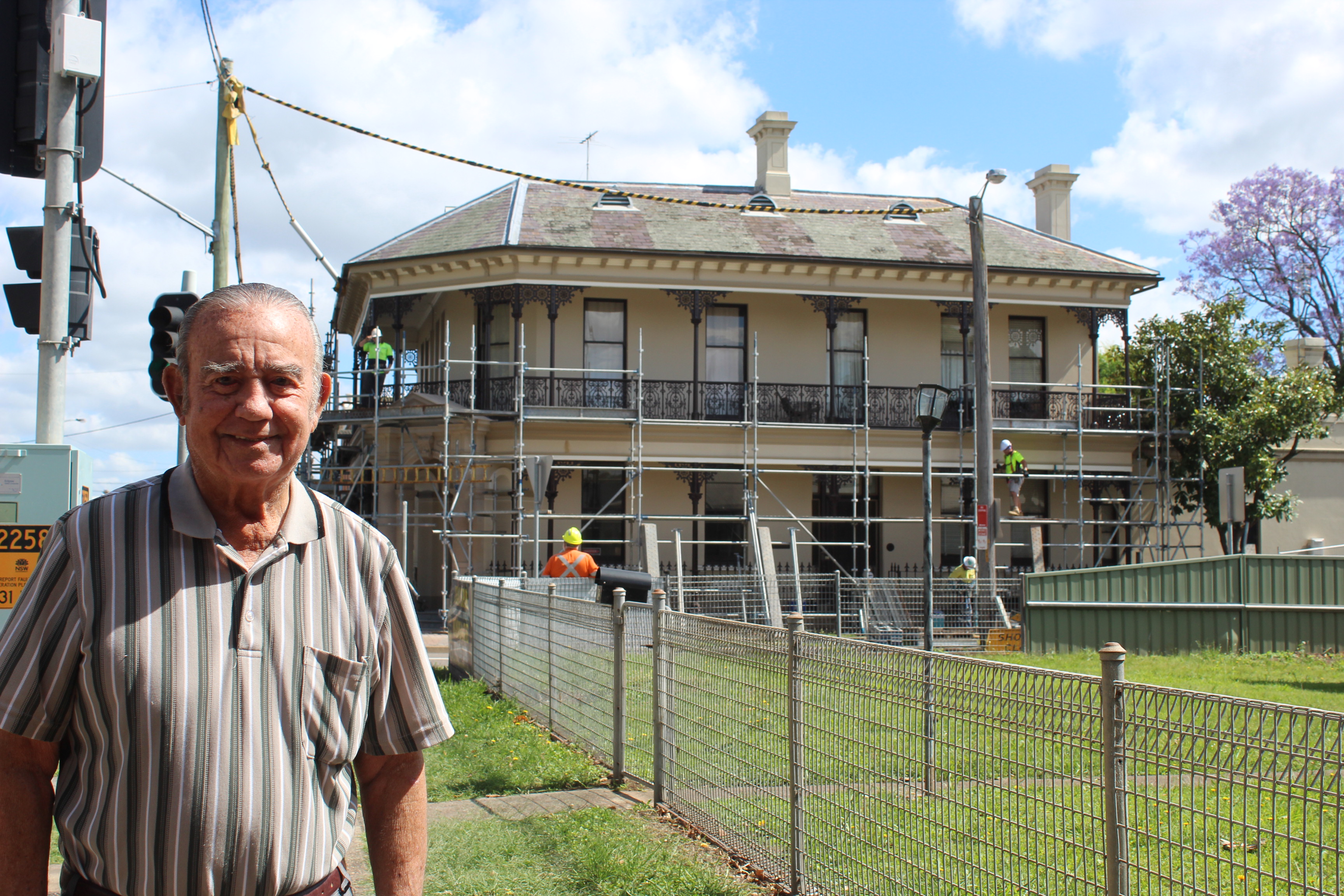 Not much happens around Singleton that John Cromwell doesn’t know about but even he was pleasantly surprised to see the scaffolding removed from Ewbank last week.

The heritage building on Singleton’s mainroad thoroughfare was significantly damaged after a truck crashed into the front of the building in October 2017.

Scaffolding went up that night and remained in place while the challenging repairs were undertaken.

Mr Cromwell lives nearby and keenly watched the progress of the works over the four long years it has taken to complete.

“It’s good to see it all come down, I’ve been looking at that scaffolding at the bus stop on my way to town for many years now.”

“I remember the bank of NSW was on the corner and as far as I know the safe is still there.”

Ewbank was built in 1884 at a cost of just under four thousand pounds, a significant spend back in the day.

It was originally built as a banking hall and managers residence for the Bank of New South Wales.

At the time, an article published on March 6, 1884, in the Maitland Mercury stated ‘the erection of such handsome premises have demonstrated alike the growing importance of Singleton as a business centre as well as the enterprise of the old established banking corporation, to whom it belongs, and its confidence in the future prosperity of this town.’