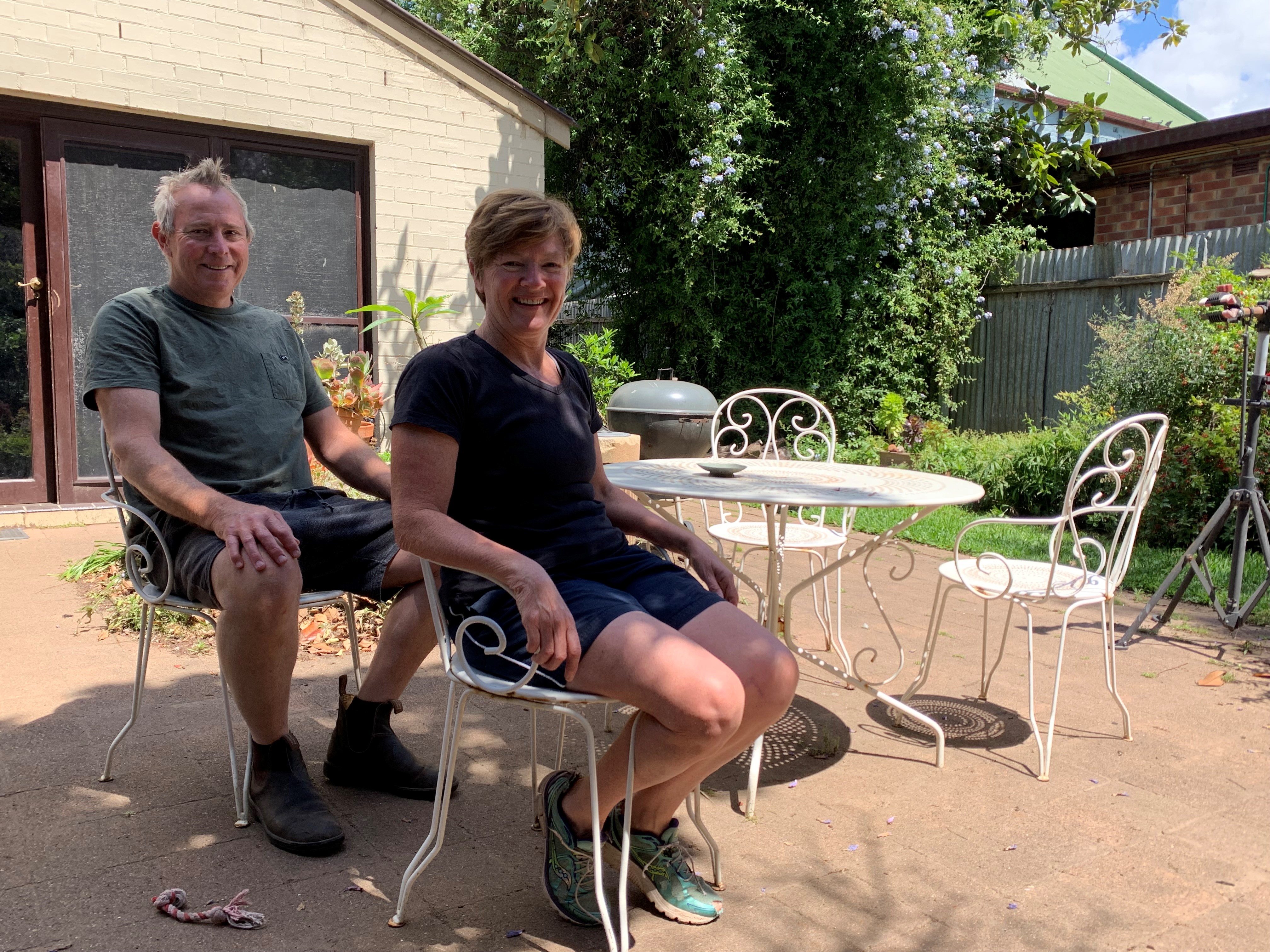 When people started saying the scaffolding was coming down last week everyone in Singleton, and those travelling through town, knew exactly what building they were talking about.

Four years ago the historic homestead Ewbank in George Street, Singleton, was the focus of much unwanted attention after it was significantly damaged when an out of control truck roared through the township, ploughing through the front of the building before coming to a stop soon after.

The driver was tackled to the ground and arrested by police, charged and is now serving time in prison.

For the owners of Ewbank, Gerard and Lisa Redmond, memories of the day remain firmly in their minds as if it were yesterday.

“I was in Newcastle at work and I had 46 missed phone calls from people trying to let me know what had happened, we are just so thankful no one was at home and when I look at the dash-cam vision I cannot believe, how on earth, no one was killed,” Lisa said.

From that time on they have been working through the repairs, a challenging process given the heritage status of the building that dates back to 1884.

It began with reports, and lots of them, into the structural damage, the heritage considerations and the need to replace like with like and that wasn’t an easy process.

The front door to the building was destroyed and the rebuild involved Lisa and Gerard resorting to photographs to ensure it was reconstructed to its original appearance.

The wrought iron posts on the upper level that decorate the verandah were sourced from a craftsman in Wagga, the only person in Australia qualified to produce the handiwork.

Australian red cedar slabs came from Taree, milled up precisely to be positioned around the windows.

Plastering, painting and repairs to the inside of the windows and the French polishing was carried out by a tradesman from Port Stephens.

Let’s just say nothing was easy but one thing Lisa wanted to point out was that everyone involved in the project had as much respect for the building as they did for them.

“I want to put in a good word for Comm Insurance, they have been really good and very supportive, we have had lots of support through the process from everyone,” Lisa said.

“If I had one dollar for every time someone asked us how it was going, I would be a very wealthy woman.”

As for the cost, they don’t want to know and are just so pleased they were insured.

The cost of the scaffolding alone would easily have been in the six figure mark, probably more.

Seeing the scaffolding come down last week is a major and much welcomed milestone.

“I love that the building is being put back to the way it was, our life has been on hold for a few years and there has been stops and starts to the project but we are now starting to see the end of it,” Lisa said.

The Redmonds moved to Ewbank from their rural setting about 10 years ago and said when they made that decision to move to town they wanted a home that had something special and Ewbank certainly had that.

They are the property’s third owner.  It was originally the Bank of New South Wales, the bank at the front and the adjoining manager’s residence above and behind.

It served as a bank at this location until 1931 however the George Street site remained as an agency until it was purchased by Mrs Ros Terrey.

Mrs Terrey did do a kitchen reno but the Redmonds are returning that to its original structure, stripping the walls back to their exposed brick and uncovering a kitchen fireplace that had been hidden behind panelling.

Lisa is also in the painstakingly long process of stripping the floor to ceiling venetian blinds, removing the lead paint and restoring them to their original condition.

There are still many things they intend to do but there is light at the end of the tunnel and Lisa and Gerard, with the scaffolding gone, may no longer have those pesty questions about the project that had the whole town talking.

Ewbank is a heritage-listed residence and former bank building at 88 George Street, Singleton, Singleton Council, New South Wales, Australia. It was designed by Benjamin Backhouse and built from 1883 to 1884. It was added to the New South Wales State Heritage Register on April 2, 1999.