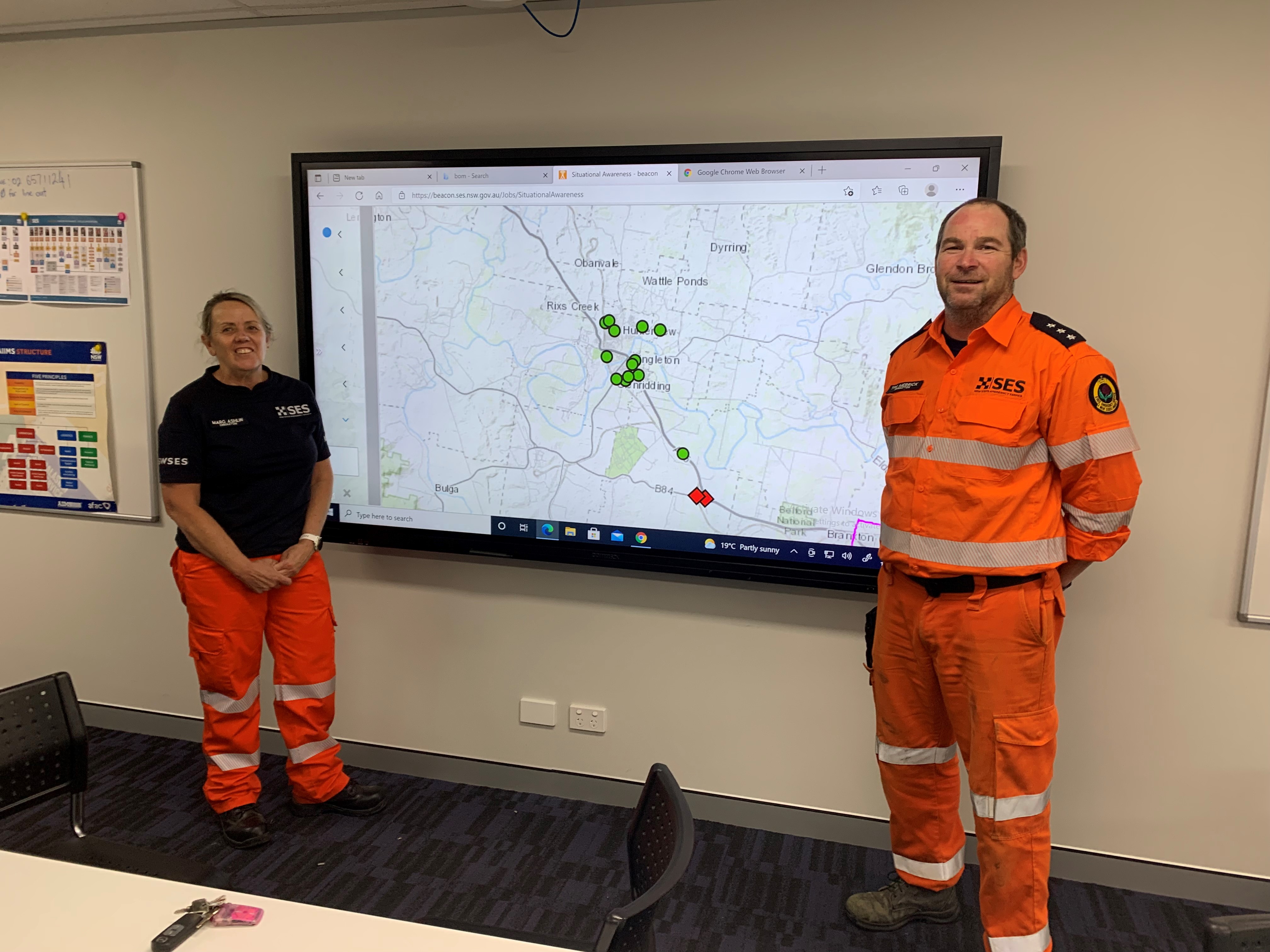 Three flood rescues were among the 17 requests received by the Singleton SES since Wednesday evening.

Eight of which took place this morning.

“We have had multiple teams on the field including overnight with most requests being leaking roofs and water inundation which required sandbagging,” Tim Merrick (Unit Commander of SES Unit) told The Hunter River Times.

“We are still using the sandbags that the Singleton Roosters’ under-15 team put together and we have commented on how good it is to still have them on pallets ready to go.”

The first of the three flood rescues took place at 4:40am this morning.

Two were on the Golden Highway at Moody’s Creek while one rescue took place on Edgerton Road at Jerrys Plains.

“Some roads around the Singleton area are affected and information can be found on Singleton Council’s disaster dashboard,” Mr Merrick continued.

The Hunter River at Singleton has risen and is currently at 2.58m (usually sits at .60m) and is expected to rise with a peak tomorrow evening.

The prediction at this stage is below the minor flood level of 10m.