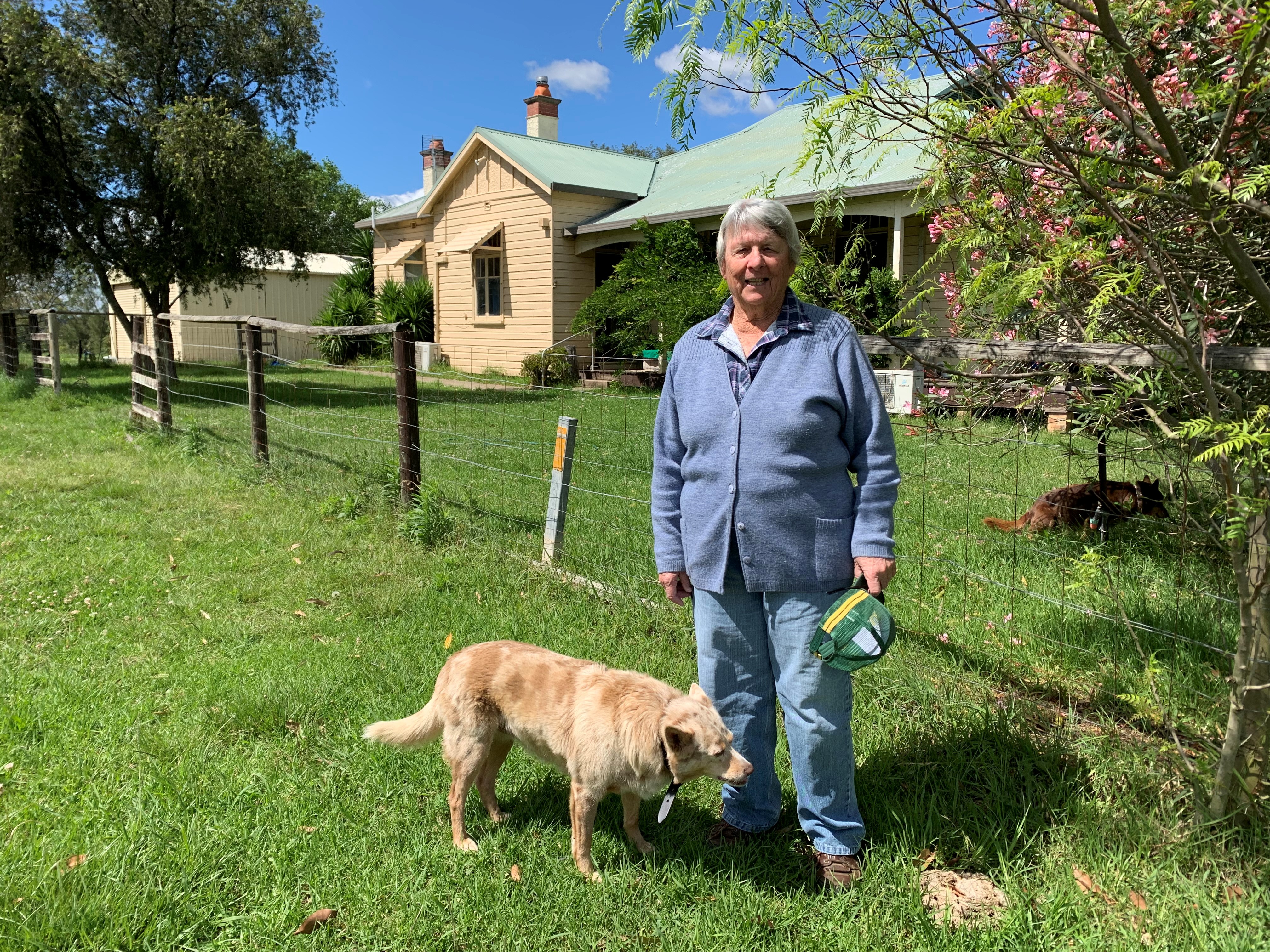 Old Melrose a setting for our wonderful Joy

Joy Poole OAM may not have realised it at the time.

Yet, one simple question in a Singleton Public School staff room would shape the rest of her life.

“In 1971, I asked my colleague if she would be interested in going halves tendering for this 600-acre place on Gresford Road?” Poole reflected this week.

She and her new partner Claudia York had only met in January that year when she welcomed her new colleague to town.

Joy was raised in Farley (near Maitland) and grew a passion for horses from an early age. Even when she commenced her teaching career in 1962, she still balanced her work with her competitions. By 1970, she had won a national title with the first horse she had ever bred (and trained).

Prior to her previous teaching rounds at Willow Tree and suburban Sydney, Claudia had been raised in Quirindi to tales of her champion riding grandfather and father (David York Snr and Jnr).

“When you look back, you do things which are just nothing,” Joy reflected.

Both Joy and Claudia (who passed away in 2009) proved to be a match made in heaven from their first meeting and they also helped establish the Australian Stock Horse Association that same year.

As inaugural Eastern secretary, Joy covered an area spanning from Ravensworth, Taree to the Hawkesbury River and Claudia often assisted with calls until the late hours of the night. “It made for an eventful first year of partnership,” Joy playfully added.

Five years later they would move to the nearby ‘Old Melrose’.

Though dates vary regarding the establishment of the home, one so private that a postman spent seven years delivering to the front gate without knowing where the house was, it has been one of the reasons for Joy’s positive outlook on life.

The home has been an outlet for her between her duties as a teacher, national stock horse leader, breeder, trainer and coach for over half a century.

Few have won both the Singleton Citizen of the Year and Sports Star of the Year (honours almost dwarfed by her outstanding reputation within the Stockhorse industry).

While she harboured guilt when we approached her for this column; the dilapidated, wild and woolly house (in her words) turned out to be a charming home.

The green paddocks parallel to the scenic and lengthy driveway have been the setting for 200+ horses since 1976.

The modern kitchen, designed by Joy’s late brother Des, has an award-winning view of the Mirannie Hills and the double designed doors maintain a cool breeze throughout the summer.

Even the strategically placed Moreton Bay Fig tree made for a pleasant surprise alongside her gigantic Eucalyptus.

However, the question remains.

Has Old Melrose been a foundation for her inspiring attitude in life? Or has her motivating presence enhanced the way we view this beautiful home?

“When Claudia’s father moved out this way, he was on death’s door,” Joy added.

“He moved with us in the country to specialists and we thought he had a few months but he lived another ten years and we believe it was because of this spot and the countryside.”

On this occasion, not even the therapeutic setting can take credit for Joy’s positive outlook on life (but it sure adds to the case given she even welcomed school excursions to her property).

Ultimately, she is one of a kind.

It doesn’t matter if you were coached by Joy at national level (she led the USA in two Polocrosse World Cups) or studied in her class at primary school; her passion did not differ between students.

“This home has brought me a lifetime of happiness and one of our best memories was my mother’s 80th birthday because she was the most positive person in my life,” Joy emotionally reflected.

“It has certainly given us a great life and I even hope (when the day comes) they carry me out from here to the cemetery.”

Joy was unable to celebrate her 80th birthday this year due to the covid-lockdown. Not even this could rattle her positive mindset.

“Like the Olympic Games in Tokyo, I am going to have a crack again next year,” she playfully concluded.