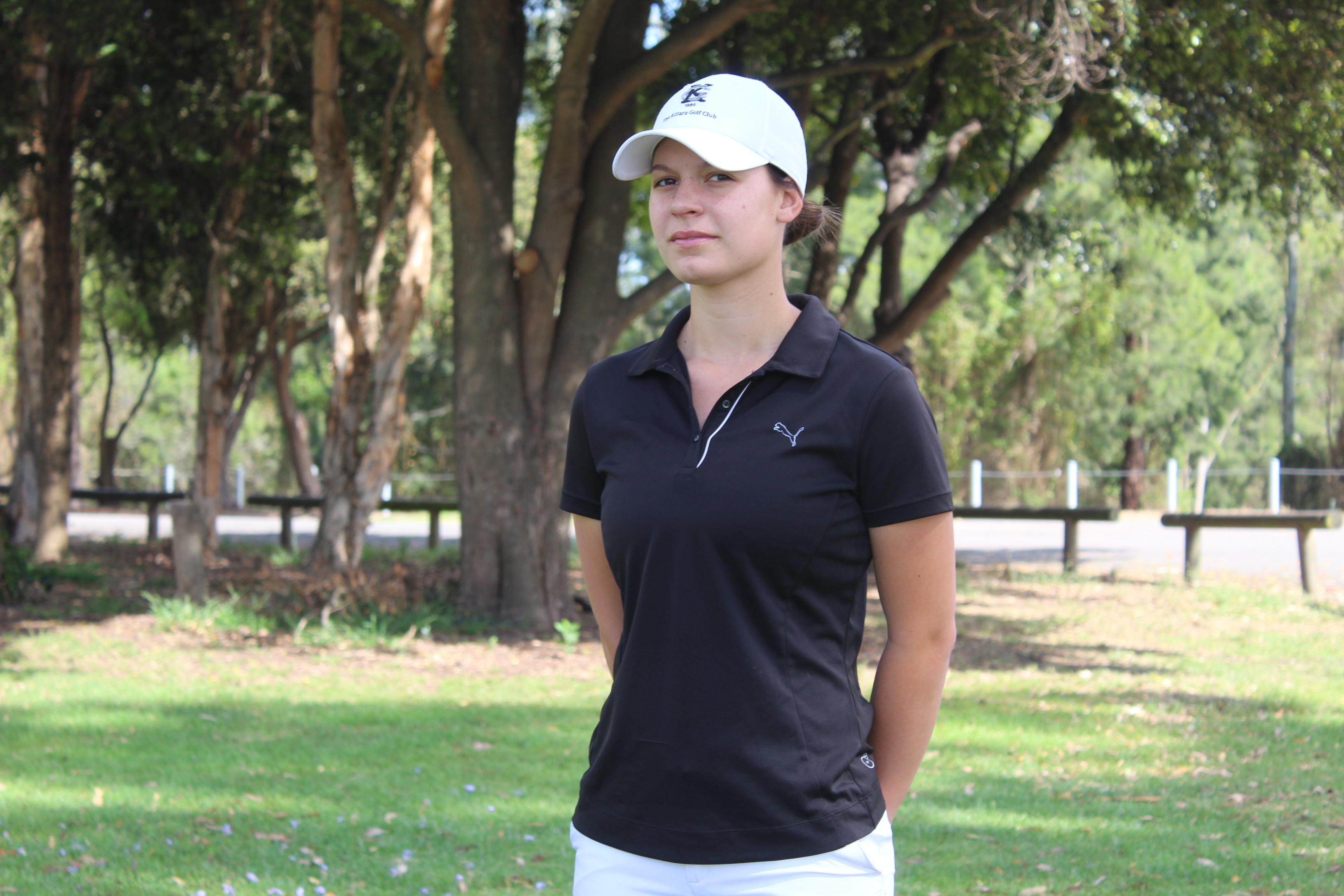 The 17-year-old, who won both Singleton Golf Club’s junior and ladies’ crowns in 2020, is currently participating in her first Killara Golf Club Championship.

Next month she will then head to Victoria for the Port Phillip Open Amateur (December 9-11) held at Kingston Heath.

To add to the drama, only the top 32 qualifiers will make the cut for the final day.

Then, she will have to finish in the top 16 on the scorecard to participate in the Victoria Amateur Championship to be held at the Peninsula Kingswood Golf Club the following week.

Her focus remains on her current tournament for now.

“Killara is the best thing in this world and the atmosphere is incredible,” Vesper told The Hunter River Times.

“The people are the most genuine you’ve ever met; they are all supportive and encouraging and I always feel home when I’m there.”

Vesper admits that the immaculate conditioned course can be very challenging but still fun.

She also believes that her journey at the new club and her upbringing in the Singleton Golf community has combined for a successful launching pad into 2022.

“I have met some wonderful people and also made some really good friends whilst at Killara,” she continued.

“I couldn’t be any more grateful for the opportunities and pathways they have given me (I love them so much).”

If all goes to plan from this week, Jasmine Vesper may feature in next year’s NSW Women’s Open.

However a lot will have to fall in place for the Singleton teenager to gain automatic entry.

Firstly, the 17-year-old must win January’s NSW Amateur Open which will be held at The Links Shell Cove and Wollongong Golf Club on January 24-28.

Her form over the next few weeks will give a true indication of what we can expect from her on the South Coast.

For many teenagers across the state, an NSW Amateur Open win (or even a Victorian Amateur title) seems more like a dream than a reality.

Yet she admits she has had a lot more practise in 2021 than her metropolitan counterparts.

“2021 has been another tough year with covid and we have struggled a lot to get our heads around it, but I’ve just tried to keep my head down, bum up and continue to practice and be the best as I can,” Vesper explained.

“I have been very fortunate in the fact that I was still able to practice and get out and play nine holes as I know the Sydney siders would have struggled.

Regardless of her future, the talented teenager has still had a year to remember after claiming the Hunter River District Ladies Golf Association’s Northern Cup, District Open Championship and Ladies’ Open Union Championship.

When eyeing NSW’s future stars, she hopes to build on her profile and get her name in the discussion.

“In the next 12 months my goals are to win Killara club championships, make top 32 at Port Phillip Open Amateur,” she concluded.

“The next year is a big year with the hopes of moving to Sydney and travelling interstate and playing in the bigger open event in the hopes to get my name out there as much as I am and make this dream a living.”