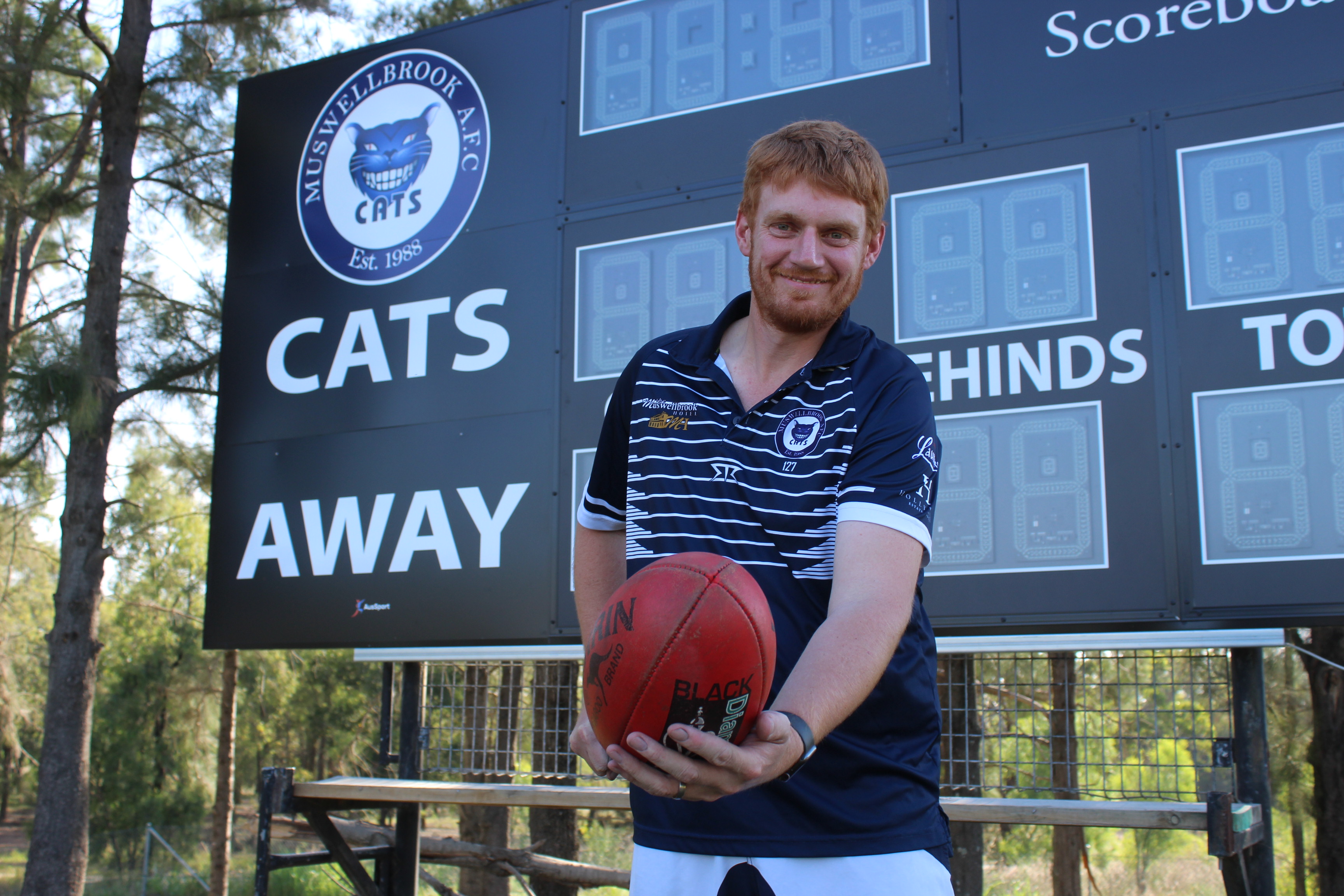 Muswellbrook Cat Mark McLaughlin has achieved a lot for his club.

On the field, the tall defender continued to throw his body on the line throughout the 2021 AFL Hunter Central Coast season.

He even managed to feed his midfield in the ruck on numerous occasions when filling void left vacant by the injured Jacob Connor.

Off the field, the 32-year-old has stepped up to the role of senior vice president following a successful club AGM last month.

“It is a new role, I have only been on the general committee before,” McLaughlin explained.

“The plan is to keep building the club for more success both on and off the field.”

The Cats fielded a men’s and women’s team this year.

While McLaughlin was proud of his line-up for defeating Cardiff, Lake Macquarie and Wallsend-West Newcastle; he was equally proud of the club’s women’s side.

The squad, coached by Ken Garland, also celebrated a handful of wins while Elise Garlick won the league’s best and fairest award (sharing the honour with Wallsend-West Newcastle’s Kate Booth).

“There were positives for the women’s side who were more competitive this year and winning more games,” he explained.

“Lots of new and returning faces.

“We have also started our fitness sessions on Thursday afternoons before heading to the Muswellbrook Hotel for the schooner draw.”

McLaughlin will also be in the spotlight next season when he lines up for his 150th game after 14 years with the Cats (he currently sits on 144 games).

The Muswellbrook Cats are welcoming applications for the coaching roles for their men’s and women’s teams.

The new coach will be required to train/mentor the players to get the best out of everyone and build a good team culture, be a solid leader and be an integral part of both the team and club.

(For more details contact the president Sam at president@muswellbrookcats.com)