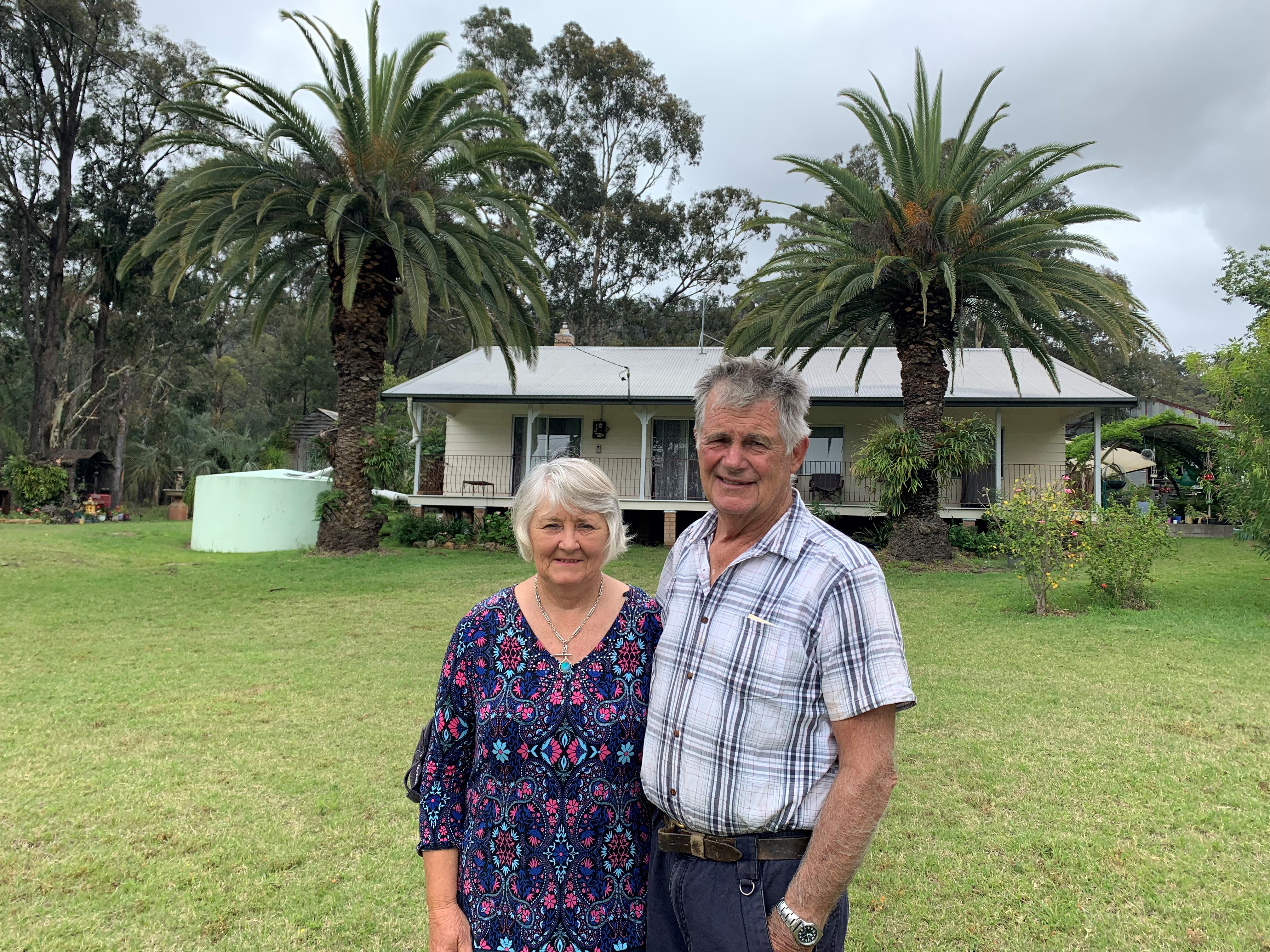 Hubert and Helen Upward admit they would not call anywhere else home.

Located on Bulga’s Inlet Road, Mount View house is a hidden treasure, surrounded by landmarks such as the town’s former Post Office and Trackers’ Hut.

The home’s amazing gardens have allowed Helen to prosper as an award-winning florist while the wisteria has also played host to many gatherings.

“They include our Mad Hatter parties in September,” Helen explained.

Yet Helen only has one love greater than her home.

She still recalls the first time her husband caught her eye.

“I used to work at the bakery in town (Williams and Dennis) and his dad came in and I asked who was the man that came in for your order yesterday,” she recalled.

“He replied, that was my son.

“He worked at the railways, I went straight away and the rest was history.”

Nevertheless, Hubert’s family had called the area home long before then.

His father Frank, son of Hubert and Gertrude, was born in Muswellbrook and were raised in Wyong, Maitland, Singleton and then Bulga where he married Hubert’s mother Evelyn, daughter of Ethel and William Pike, in 1935.

Hubert and Helen married in 1968 at Belmont and moved to Nelson Bay, Wagga, Stockton and Raymond Terrace during his time with the air force.

His experience ranged from jobs as an instrument and airframe fitter, working on Sabres and Vampires at Williamtown.

By the time his service had come to an end in October 1974, it was time for a return to Bulga where they welcomed three kids Melanie, Andrew and Jodie soon after.

“I wouldn’t be anywhere else.”

Hubert’s outlet on the property has been his shed on top of the hill.

Affectionately known as Pop’s Shed, the structure has looked over onto the property for more than four decades.

“I put the shed up, I wanted a shed and my uncle (Ned Pike) said he knew where one was,” she said.

“I bought it and wasn’t sure how to put it together.

“My uncle went up there and he said I think you bought yourself a conundrum, so we were going to originally call it ‘the conundrum’.”

Ultimately, the property is known for its amazing gardens.

The fernery plays host to numerous ferns and orchids while the property also has an Indigenous Garden.

“You have to enjoy your garden so that’s what I do,” Helen added.

Helen’s flowers are regularly exhibited in the Singleton Show and she even finished runner up in the Hunter Central Coast sustainable garden competition in 2008.

She finished second to Bett Harris that year to cement the Milbrodale-Bulga podium finish.

Two of their children have also held their wedding ceremonies at the home while these days their five grandchildren roam the property each school holiday break.

“Butterflies showed up at the wedding, some people thought we brought a box of butterflies but they are just from our garden,” Helen concluded.