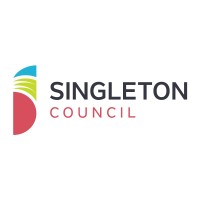 Last week The Hunter River Times reported Sue Moore  elected as Mayor of Singleton but it has been a long wait for the final count for the council positions.  Fifteen candidates nominated for councillor positions of which nine are elected.

In Sarah Johnstone’s case, the distribution of the total votes of candidates would not change the elected candidate(s), therefore their exclusion did not proceed.

In the mayoral vote, Sue Moore secured 5856 votes of the potential 17,080 votes, ahead of Danny Thompson on 4,721.  Mayor Moore has been on Singleton Council since 1999 and has held this position for nine years.

Mayor Moore  is most proud of her work advocating for changes to the Resources for Regions criteria that now includes community infrastructure programs.

She is most appreciative of the collaboration of the last council, the capacity it has had to work together to ensure positive outcomes for the Singleton community through a time that has experienced damaging bushfires, floods, ongoing drought and the continuing challenges of covid lockdowns.

She knows the Singleton community is resilient and looks forward to working with a new group of councillors and only hopes the success of the past continues to the future.

She sincerely thanks the candidates, past and present, and will continue to push on for a positive future.

In a media statement issued by Singleton Council, Cr Moore says she’s keen to get back to work..

The election followed an extended five-year term of Council that endured the impacts of the COVID-19 pandemic and unprecedented bushfires.

“After the year we’ve had, our community deserves a well-earned break over Christmas and the New Year, and I’m looking forward to getting back to work and on with the job of serving the people of Singleton,” Cr Moore said.

“I had a lot of conversations during the election period including answering questions and listening to concerns from ratepayers and I’m very keen to get moving on those issues, as well as working through all the feedback from the review of the Singleton Community Strategic Plan so we can really see what our community wants for the next 10 years and how we go about making that happen.

Singleton Council General Manager Jason Linnane said the new Council would come together for the first time in mid-January 2022.

The first Council meeting will be held on Tuesday, February 1, 2022 at 5.30pm in the Council Chambers.

“This is where our Councillors will take the Oath or Affirmation to be formally inducted, and where one of the first orders of business will be to elect a deputy mayor,” Mr Linnane said.

“Our community was incredibly fortunate to have such high calibre candidates in the local government election, and I have no doubt this will be another very successful term for the people of Singleton now and into the future.”