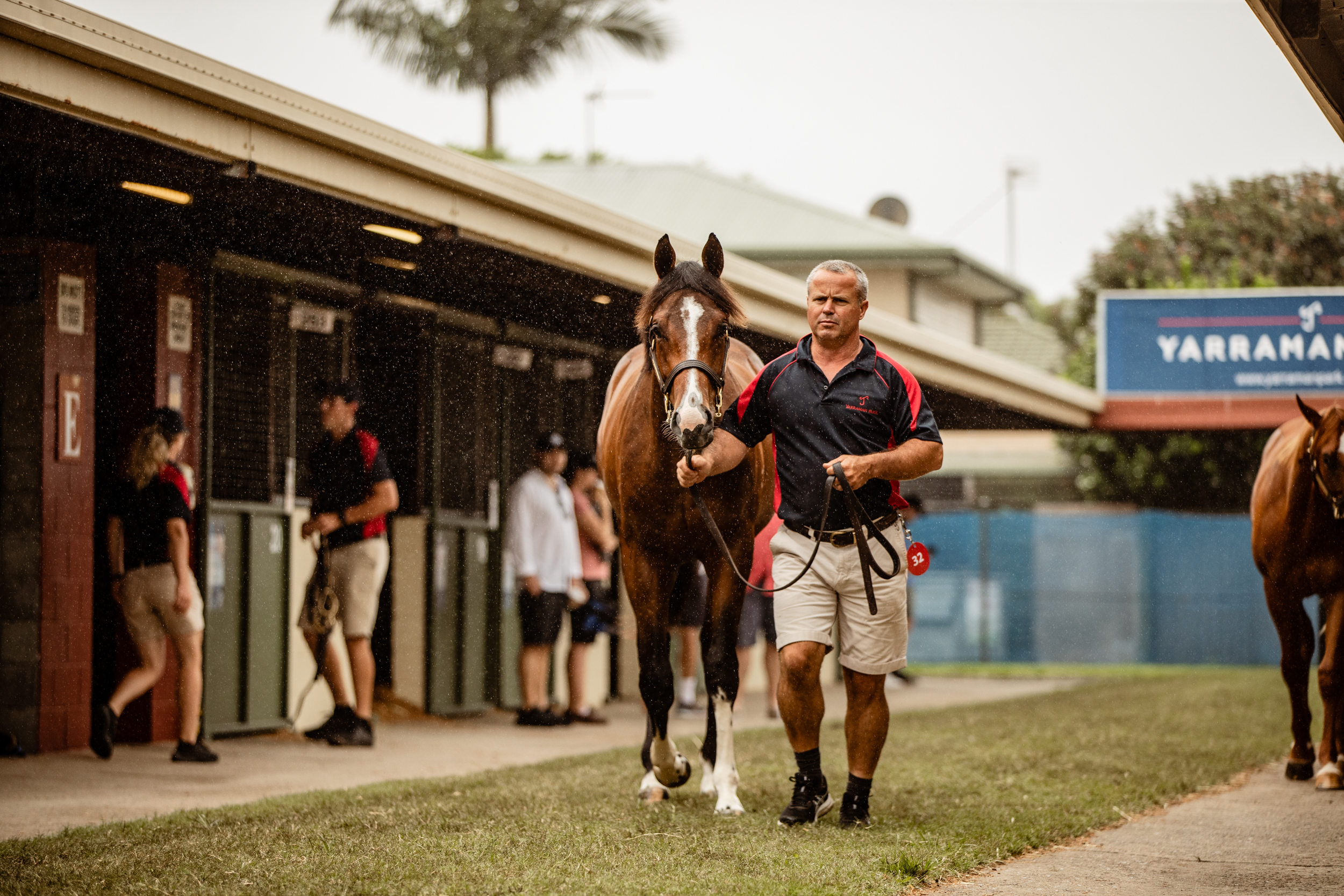 Yarraman off to a Great Start to the Year

The year has started on a high after the first sale of the year for Yarraman Park Stud with one of their colts being the first lot to make over $1 million at the Magic Millions sale.

“We took 32 yearlings to the Magic Millions sale this year, and we are fortunate enough to have 100 per cent clearance,” general manager Matt Scown said.

“It was a strong market and we had the right horses, all our horses were quite well received.”

I Am Invincible is Yarraman Parks primary stud, and it was his colT with Meliora that was the first lot at the sale to break seven figures and all lots sold for a total of just over $12 million.

“He was always an outstanding colt this fella, he was well related with a real stallions pedigree, so for him to make the $1.1 million really justified our opinion on the horse.” Matt shared about the sale.

“We went to the sale thinking he was going to make 800,000 plus, but you never really think a horse is going to make seven figures because that is a substantial amount of money.”

Matt said it was another I Am Invincible horse that topped the sale, going for $1.9 million sold by Newgate Farm to Coolmore.

Sales are a flood of emotion for the staff who have put so much work into the breeding process and seeing success like this is just the icing on the cake according to Matt.

“For us back at home, all the staff at Yarraman Park, so much work and dedication goes in from when you decide on the mating, you put a lot of hours into working out what physical and pedigree suits each broodmare on your farm, and you select the stallion,” Matt said.

“There’s hours and hours of work involved, and a lot of care involved- the people who work on thoroughbred farms do it for the love of the horse, it takes over your life working on a stud farm.”

Matt believes the staff at Yarraman Park are some of the best staff in the country and even those who stayed home to keep the cogs turning were able to join in the celebrations when traveling staff returned that acknowledges that the whole process is a team effort.

There is no time for anyone to relax for long however as another 22 yearlings are off to the Sydney Classic sale next week, and others going interstate the coming weeks all the way through to the Easter Sales that will almost wrap up the busy sales season.