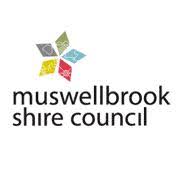 Steve Reynolds has tonight been elected as Muswellbrook Mayor.

Jennifer Lecky is the district’s deputy mayor.  Both were elected at tonight’s extraordinary meeting of Muswellbrook Council.

The elected candidates gave an individual oath or affirmation of their commitment to the role ahead of the vote.

Jennifer Lecky challenged former mayor Rod Scholes for the position of deputy mayor and won the position with eight votes.

Mayor Reynolds thanked Cr Rod Scholes for his contribution and said he really looked forward to working with all the elected councillors for a great future for his town.  He also thanked his parents, wife and family.