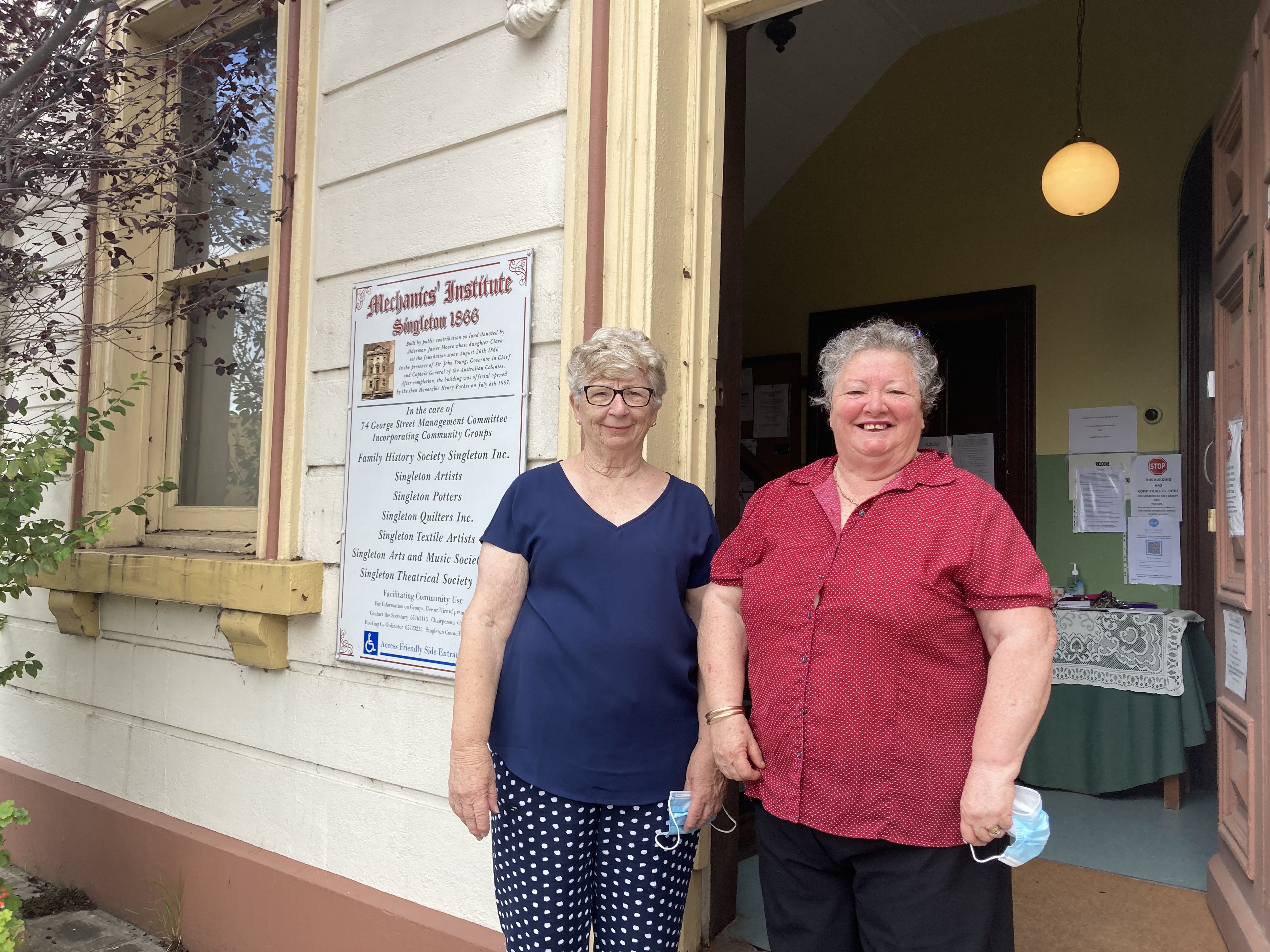 If Only These Walls Could Talk

The Mechanics Institute at 74 George Street, Singleton, was built in 1866 and stands as a testament to Singleton’s European history and heritage.

Amazingly, the two-storey building was only an eleven-month build and was sorely needed all those years ago.

Today, the building is as much needed and loved by the Singleton community as when it was first built.

The building, as the name suggests, was the first education centre for adults.  It was a place where lectures, teaching, library, crafts, musical appreciation, poetry and dancing and entertainment occurred.

It housed many of the firsts for Singleton before they outgrew the building.  It was the home of the first adult education, town library, a home for the Soldiers, Sailors and Airmen’s League, Red Cross and council offices for the Singleton Council to name a few.

While the building itself remains owned by Singleton Council, it is managed and under the care of the 74 George Street Management committee and is located within the Singleton Heritage Precinct.

Its significant heritage is exemplified by the fact that Family History Society Singleton Inc. is located within its walls.  The rooms occupied by this group house the local research collection that caters for local, state, interstate visitors and, on occasions international visitors, looking to find their family origins.

Its age has resulted in the need for ongoing upkeep and the historical nature of the Mechanics Institute has required some ingenuity in those repairs.

Most recent has been repairs to water and drainage issues that will now allow work on the interior to continue.

Management committee chairperson, Lyn MacBain, said a building of this age means they will continue to face challenging times that adds to the burden but preserving it reflects the fortitude of people passionate about Singleton’s heritage.

“Singleton being one of the first areas north of Sydney to be colonized has an abundance of heritage properties but sadly many have been either lost or face a dismal future,” Lyn said.

“However, this is one building that has stood the test of time and I am confident it will continue to be well used as much as it is well loved.”

The John Wiltshire Pender designed building was funded by public contribution on land donated by Alderman James Moore whose daughter, Clara, set the federation stone for its construction on August 26, 1866, in the presence of Sir John Young who was at the time the Governor in chief and Captain General of the Australian Colonies.

When the then Honourable Henry Parkes officially opened the building to a tumultuous applause on the 8 July 1867, he made comment that the building was “both beauty of design, economy of cost, and economy of space for a substantial construction, for its convenience, and was unequalled to any other in the colony that he was acquainted with”.

Other speeches at the opening were full of praise and commitment to education of not only children but also to adults. One of the last speakers John Lee “trusted the day would never arrive when Singleton would be without its Mechanics’ Institute”.

With the opening concluded the gentlemen of the town adjourned for a luncheon at the Royal Hotel. As was the custom of the day it was a men’s only affair with many toasts including one to ‘the Ladies’. That’s certainly one positive change over the decades the building has stood.