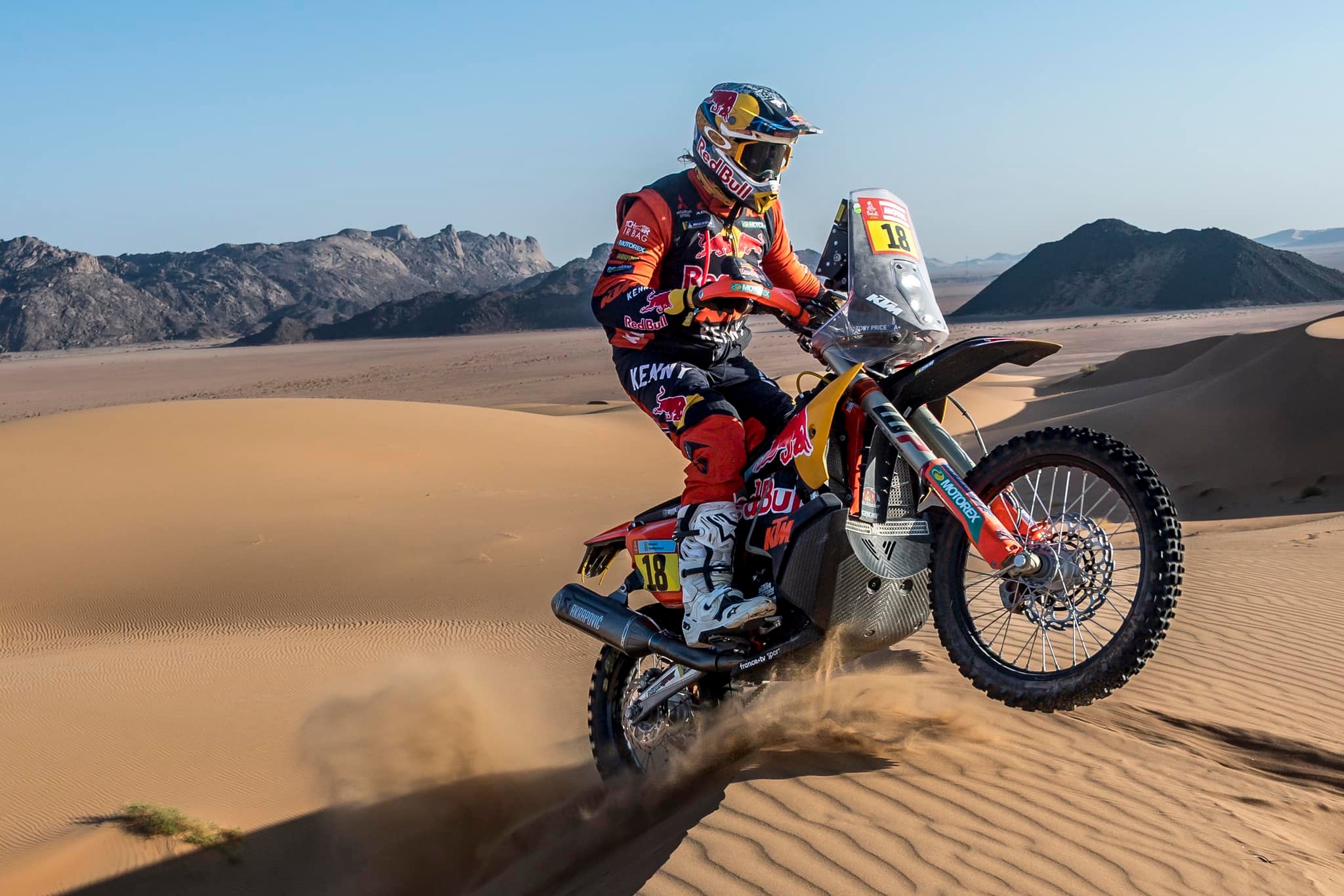 Stage victories continue for our Price

Despite winning one of the world’s most popular races in the history of motorsport on two previous occasions (2016 and 2019), there was no crown in 2022.

The 34-year-old finished 10th overall, only 49’20” behind winner Sam Sunderland, after slipping to 22nd after the opening stage.

He was then denied a 15th career stage victory on Thursday, January 6 hours after the race his win was ruled out as he was hit with a six-minute penalty.

“I definitely was looking forward to 2022 Dakar but it just wasn’t a strong year,” Price said earlier this month.

“We learnt a lot but also can’t put my finger on some things that happened.

“It is what it is for the result but definitely need to be better.

“Will work on these things and keep charging.”

Thankfully, Price joined an elite group of riders to have claimed stage victories in eight straight Dakar Rally events when finishing the 759km Stage 10 with a time of 3H5’32” (2’09” before Argentine Luciano Benavides).

Price called Singleton home from 2003 to 2018 after moving to the Upper Hunter from Hillston. He now resides on the Gold Coast.