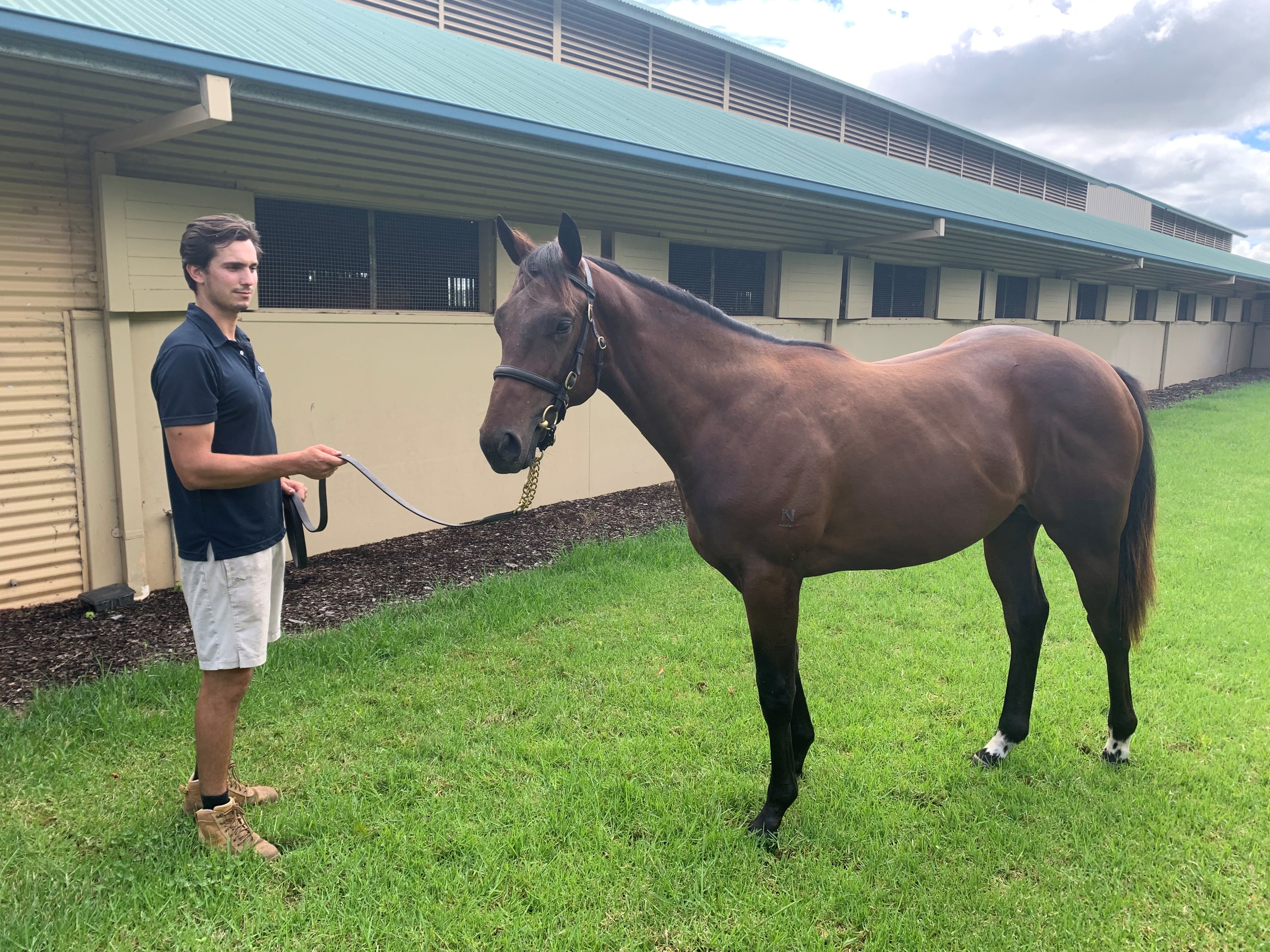 There were many smiles across the Coolmore camp throughout this month’s Magic Millions Sales on the Gold Coast.

As the gavel dropped on another terrific week, Southern Hemisphere records in sales made for the event’s most successful week despite the smaller book in 2022.

Coolmore Australia purchased the sales topper, a $1.9 million I Am Invincible colt out of the same dam as $1.2 million earner Dubious.

Coolmore’s Tom Moore (Marketing and Nominations) said the team set out to come home with what they believed to be the best credentialled colts in the sale, however he insisted only time will tell if they were right.

“Coolmore is in the business of standing stallions, and we went to the sale earlier this month with the view to identifying future stallion prospects,” Mr Moore explained.

“As a result, we were able to come home with what we thought were the best credentialled colts in the sale that we look for when it comes to pedigree and physique when trying to identify a stallion prospect of the future.

“These Colts by I am Invincible, Snitzel, Not a Single Doubt and Justify will go into the system at Chris Waller racing.

“We are hoping that one day one of them will come back to Coolmore to stand as a stallion and follow in the footsteps of Home Affairs (arguably the most exciting stallion prospect in training in Australia) raced by Coolmore and partners.”

The spotlight will now be cast on the Inglis Classic Sale from February 6-8 with 17 yearlings under the Coolmore banner.

Easter Yearling Sale to be held from April 5-6 where a further 30 yearlings will also be under Coolmore’s watchful eyes.

“A Colt they identified earlier on in the piece, the team in charge of purchasing these colts thought it had everything necessary and he was one that they didn’t want to leave the sale without.

“Next big sale for us would be the Inglis Easter Sale in April where we will offer over 30 yearlings and we will go in with the same mindset of trying to identify the best Colts on offer.”

It really reflects how strong the industry in Australia is.