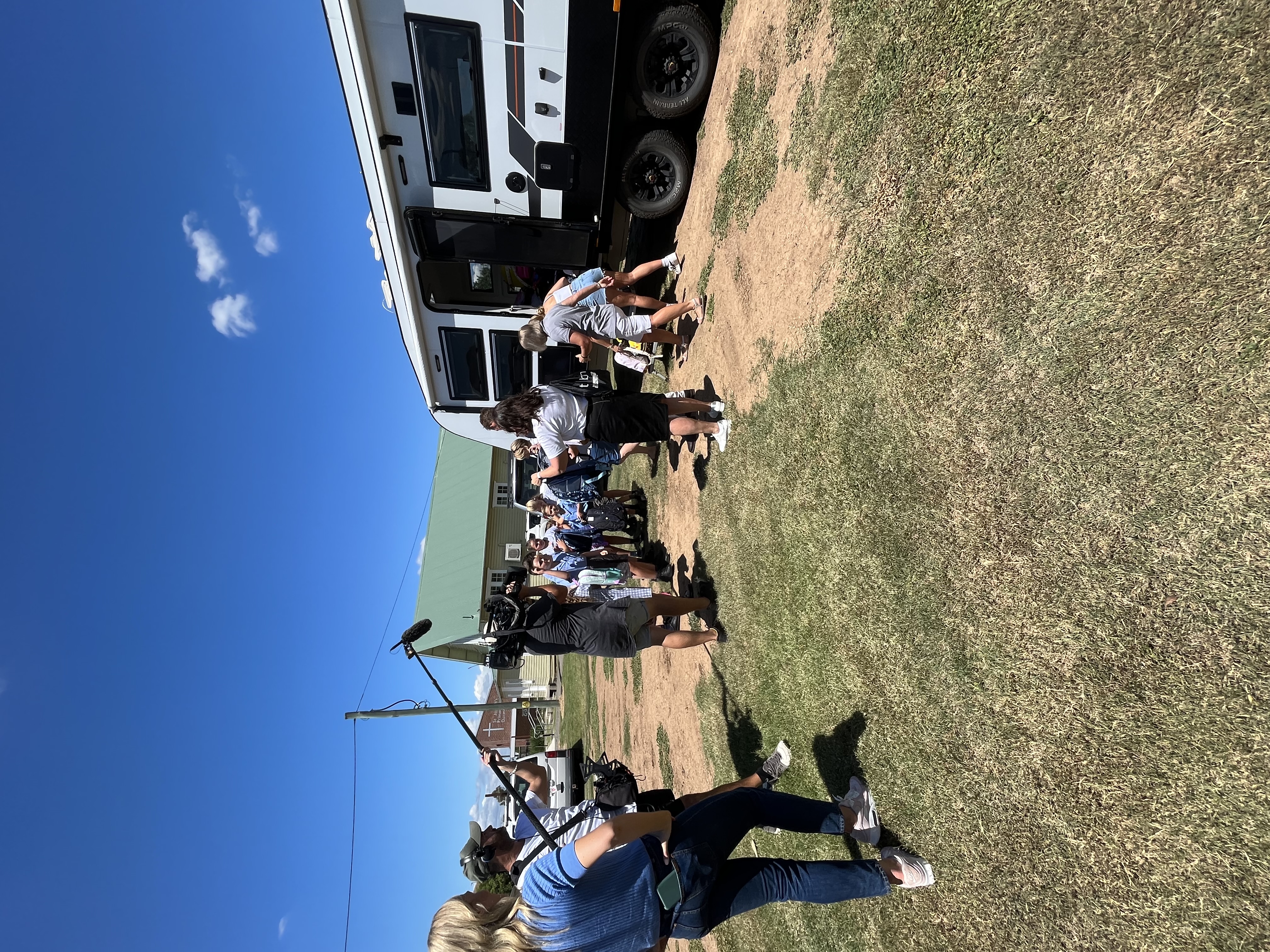 School wasn’t even back yet for students at St Joseph’s Primary School at Denman, but the grounds were full of excitement last week when some special visitors made an appearance.

Principal Helen Whale said when she was making calls to families she thought could make the event she didn’t share with them just what was going on.

The Backpack Venture convoy, along with a film crew from the Today show and Max from Bondi Rescue made Denman the first stop on their inaugural delivery run.

“They are encouraging businesses to donate to fill backpacks with lots of starting school materials so that kids going back to school have everything they need,” Mrs Whale said.

“Their goal is to give everyone the same opportunity and to support parents that can’t afford to give them the textas and the pencils and backpack and all the sorts of items needed so they can start school with greater confidence because they are starting school with exactly the same as everyone else.”

Having the film crew there let the kids have a real experience of show business, shooting for two hours to create a minute long clip for television.

“They were just amazed, they had never seen anything like it,” Mrs Whale said of the kids’ reaction to the convoy pulling up.

Along with the backpacks for kids there was a collection of books donated to the library which has seen a boost in its popularity since students have returned to school.