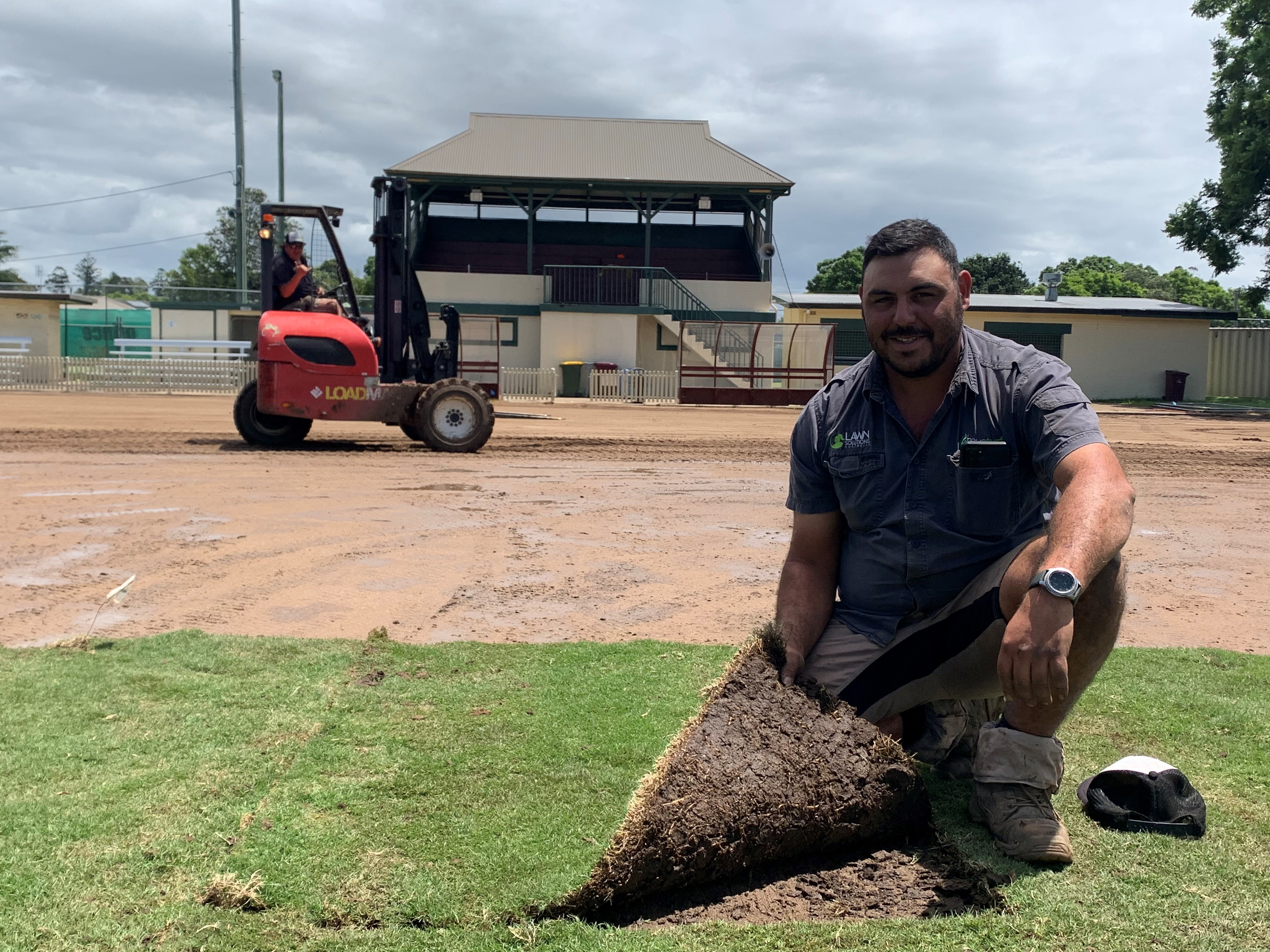 More than 1500m2 of new turf has made its way to Howe Park this month.

The popular playing turf brought a green glow back to Singleton’s boutique cricket ground which had been dug up for upgrades in recent months.

“We meant to start on Wednesday but then it started pouring down rain so we started harvesting on Thursday afternoon and started installing on Friday,” Mr Muscat told The Hunter River Times on Sunday morning.

“Saturday morning’s rain held us off again, so we’re trying to get it all done today.”

The turf was transported by truck from Long Point’s Tickalara farms near Singleton.

A few months earlier, Mr Muscat and his team provided the same type of grass for Newcastle’s No 1 Sportsground which was out of action in 2021 due to upgrades.

“The grass is grown locally at Long Point so it is locally installed.”

The large operation required six truck loads of grass per day as 5000m2 was laid out on Friday along.

The turf was then rolled over in the following days.

“It is going to be a bloody good field,” he concluded.

“The builders who have the contract for doing the field is doing a really good job.

“For any other inquiries give us a call at Musturf.”