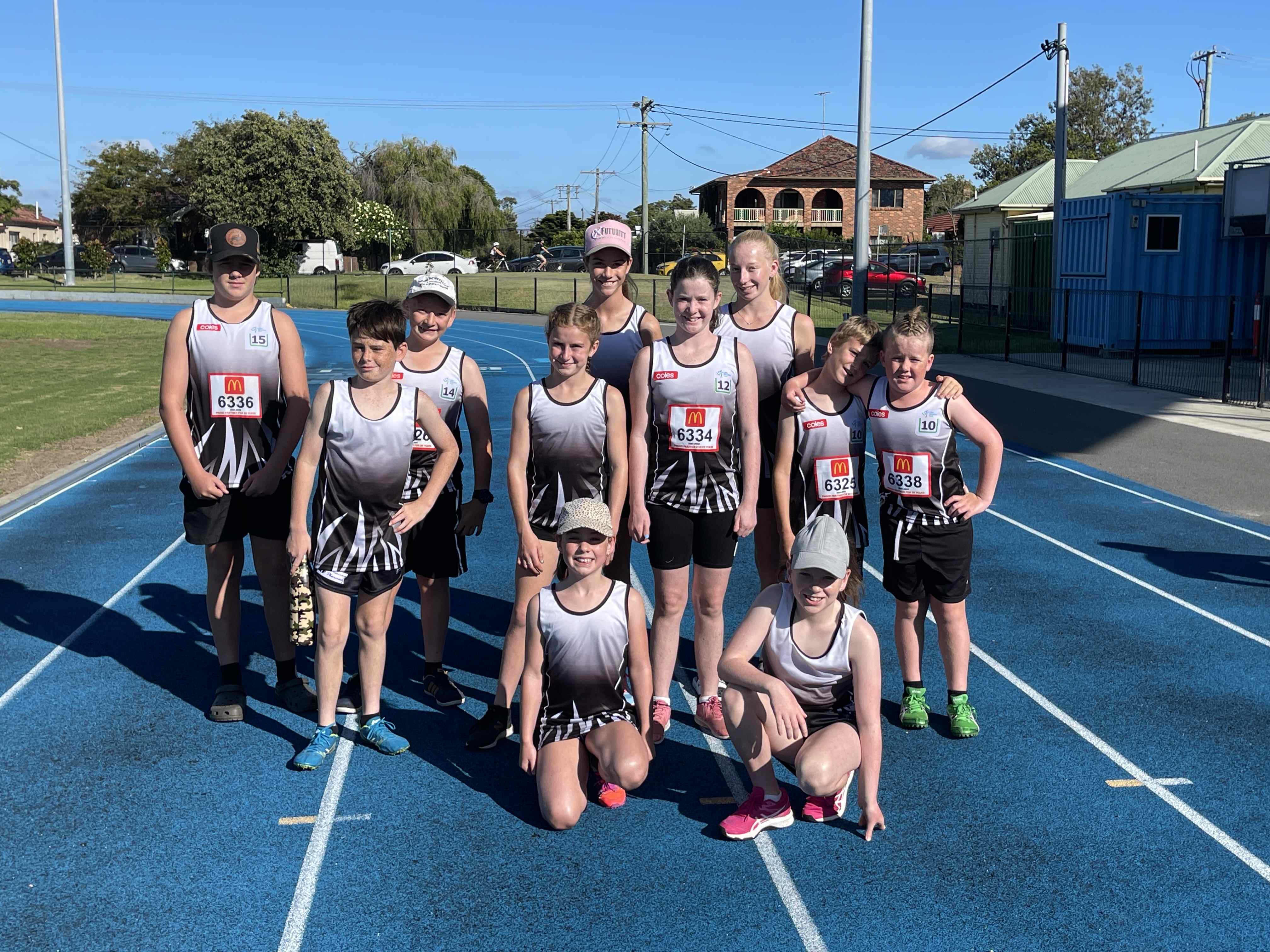 Coach Tash Taaffe said she was over the moon with the results.

“Our athletes have a disadvantage from the start, having to get up at 5am and travel 3 hours first before they even step foot on the track.

“I think it just gives them that determination to make the trip worthwhile.

“You could see the Merriwa athletes were there because they really wanted to be.

“They all understand that this is a big effort for their families to take them, they wanted to do their best to make their parents and grandparents proud,” she said.

In what was arguably the best regional result ever for the club, Merriwa athletes brought home five medals.

Resplendent in their new racing singlets, the athletes worked together to give each other confidence in their respective events.

First out on the track was senior athlete Darcy Taaffe who tackled the grueling 3km race with her trademark grit and determination to come 7th overall. Darcy followed her performance up with a 7th in triple jump and a gold medal in the 300m hurdles.

Sisters Charlie and Eden Barry were next up in the 60m hurdles, both flying into the finals with sensational finishes coming 2nd and 3rd in their heats. The girls went on to deliver some great times in the sprints with Charlie Barry putting on her characteristic ‘game face’ in the 200m final taking home bronze.

Chad Booth and Thomas Luke were next up in the junior boys, taking on some much bigger lads in the throws and jumps. Thomas did a wonderful job in the shotput and discus to finish 11th and 12th overall. Chad fought to the bitter end to claim a fabulous 4th place in javelin and 6th in his 200m heat.

Annabelle Hunt was all style in her hurdles placing a stellar 7th in her heat and 5th in her 100m with a cracking time in the 200m. Grace Collits was also a standout putting her long legs to good use in the high jump, long jump, sprints and hurdles coming 5th in her heat in the 100m and 6th in the 400m.

Rhianna Hunt had a brilliant carnival, placing 5th and 7th in her heat in the 100 and 400m, saving her best for last in the shotput to claim bronze – just missing silver and a golden ticket to State by 1cm!

But it was William Luke that came home triumphant with two medals – a bronze in the 400m and shotput as well as a 5th in hurdles, discus, and 4th in javelin.

Mrs Taaffe said this was the start of many more great results in future.

“There is no club that cheers their athletes on quite like ours,” she said.

“Whether the athlete is coming first or last, we go nuts on the sidelines all the same.

“Going away to competitions like this is what makes you feel part of a team and that is pretty special.”