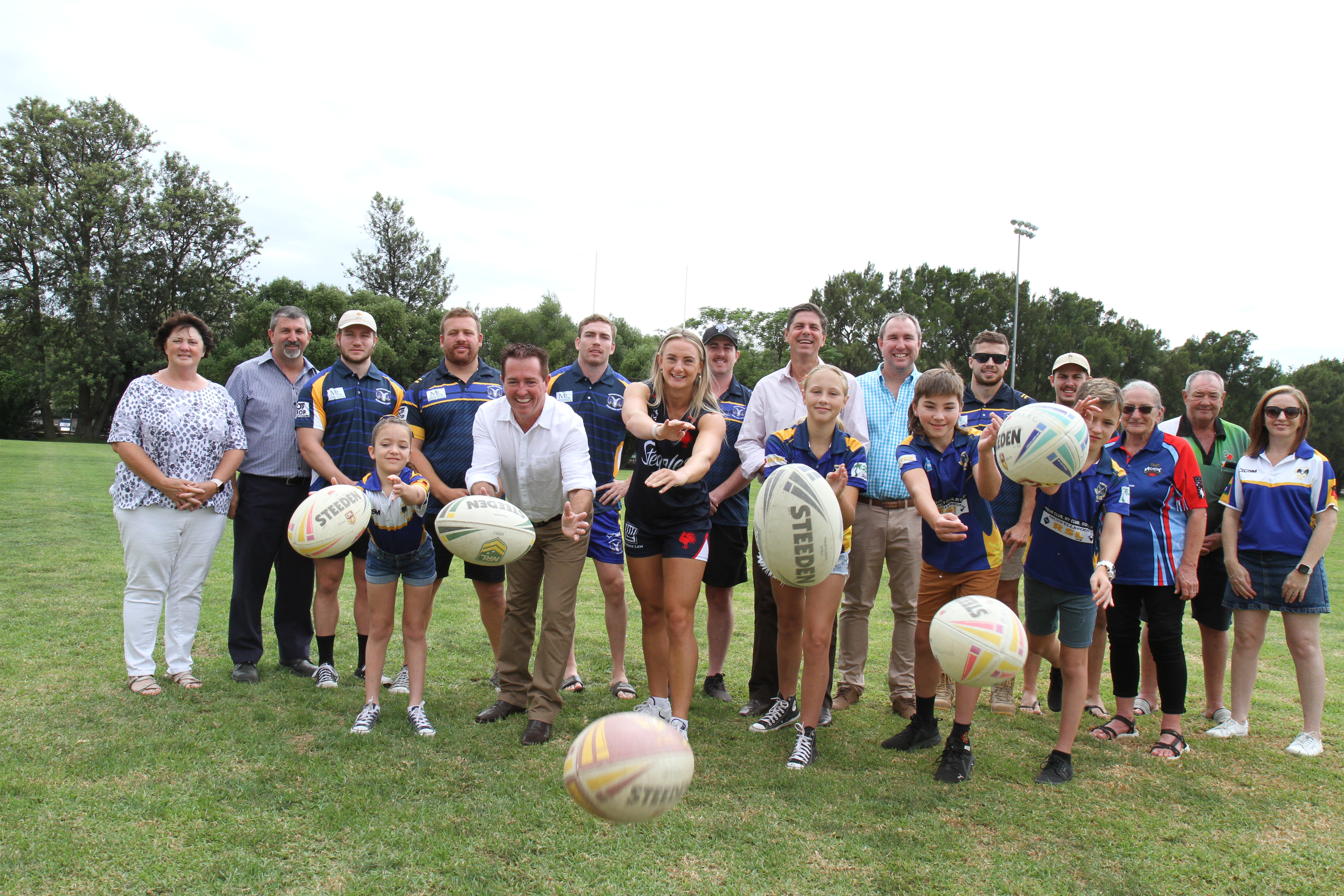 Users of Muswellbrook’s Olympic Park have a million more reasons to celebrate.

It was announced recently that the grounds would be getting a full redressing and drainage installed thanks to the NSW Government Regional Sport Facility Fund.

An additional $1 million is being put forward for this portion of the project, following on from the announcement in June last year of $1.8 million to upgrade the grandstands and amenities.

“I think upgrading the facilities and grounds is a bit of a ploy to get some NRL games or some trial games from the rugby league, NRL and probably the NRL women’s and potentially some other sports to come along once we have those facilities in place,” Muswellbrook Senior Rugby League president Hayden Fox said.

Captain coach Jayden Roseberg said something that will help improve the level of games that has been accounted for in the planning is a gym for players, to complement the new change rooms and toilets

“The juniors are moving here at the moment, they have got a lot of numbers and the seniors are going that way as well, I also think having better facilities is going to attract more players wanting to be a part of something special we are trying to build here,” he said.

Hayden said that as a coach for the women’s senior league tag and tackle sides for a number of years, he is hoping to be able to revive more enthusiasm for the sport.

“That is a driving point for me as president of the Rams to get a girls side back, I will be working with the juniors – we have some good junior girls coming through the ranks,” he said, sighting players like Bridie Parker and Matilda Jones as Womens League players who have come from Muswellbrook.

The funding announcement was made at the end of last month by deputy premier Paul Toole with member for Upper Hunter Dave Layzell who were joined by former Muswellbrook player Brydie Parker who now plays for the Sydney Roosters.