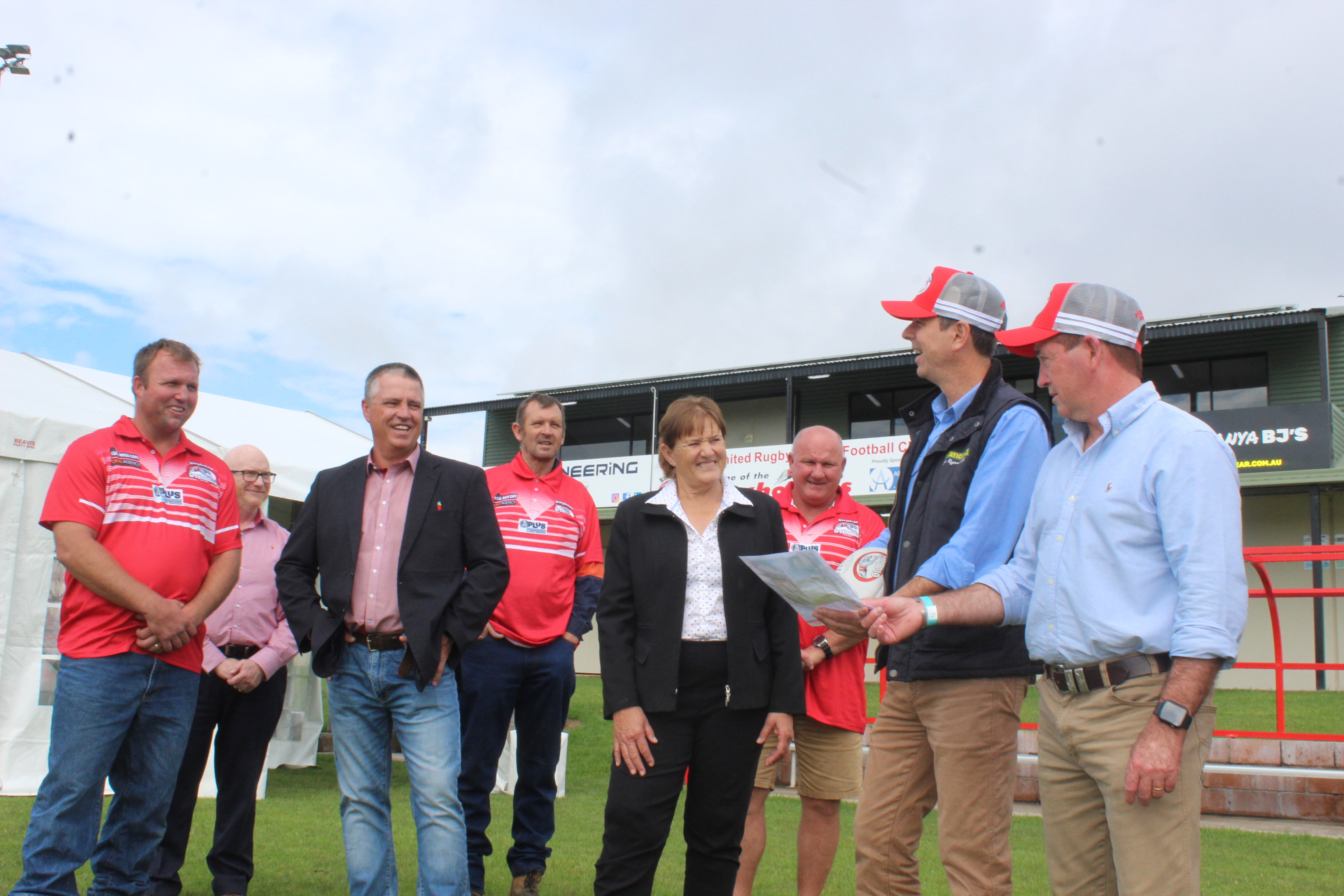 Most of us have places that feel like home in our life even if we don’t live there. Pirtek Park is one such forever home away from home for Singleton Rugby League.

The Red Dogs have been running out since 1947 at a few different locations around town.

The Red Dogs originally played at Howe Park, and some, such as Old Boys President Neil Hassett, still have fond memories of the original ground and the history created.

There was then the move to the Showground while a permanent home was sought.

Premierships were won and legends were created along with lifelong memories.

One of their greatest victories, the 1990 grand Final along with the Claytons Cup coached by Richard jones is just one proud memory.

The Showground was never really considered a permanent home though, as it was shared with all the usual showground events and activities.

It was a greyhound track, a rodeo venue, and of course, all the annual show activities throughout the year.

A permanent home was always the dream.

The Singleton Greyhounds moved to their current and forever home, Pirtek Park, in 2008.

Originally it was Resco Park.

Council provided the land on a long-term lease after a lot of hard work and lobbying from Brad Solman, the committee, players, and supporters.

It really was a whole of club push to make the dream happen.

Mark Newman, sponsors, and club members all banded together volunteering to bring it out of the ground and to life.

It’s one of the best kept grounds in regional NSW.

Players, supporters and obviously the current and previous committee’s get in and keep it looking perfect – all 100% done with proud volunteer hours.

It is hallowed ground and always kept that way.

With even greater development of its potential and facilities, in the near future,

it will be the showcase for Country Rugby League, more rep games and events and of course, many hometown wins and grand final victories.

Some of the people who brought greatness to the club on the journey to Pirtek Park make a long list.

Any missing legends, blame me, the writer of the story.

On and off the field Richard Jones led the Red Dogs through a period of triumph and grand final wins. But he wasn’t alone, Mark Newman was another, Russel Richards. Pat Ling came to town and proved himself to be a great clubman. In the early days there was Neil McNamara, Max White, Ronny Burgess, Arthur Earl, Phil Amidy, Paul Neely, Steve Mullen, Garry Gardner and Neville Taylor.

We can never forget the legendary Pat Kelly and Max White, both extremely good coaches and great Clubmen. Pat coached Singleton to three memorable premierships in the early 70’s. Of course, there is also the unforgettable colourful characters such as Mick Jowett, Barry Eather, Adam Thompson, and of course our Red Dog Mascot in Shane Brumby who has scared kids and adults for years.

Some of the community heroes and supporters who have given their blood are Neville Taylor, Brian Kennedy, Kevin (Pud) Nowlan and, of course, Brad Solman and Gary Gardner, along with ladies like Betty Thompson, Daph Pearce, Daphne Solman, Bronwyn Dunston and Katrina Solman.

The likes of Wimpy (Brian Kirkland), Holzy and Rooster (Barry Heuston) must also get a mention.

Leigha Gardner and Michelle Spencer are currently doing a great job too. The list is long, and this is just a few.

A few of the truly great and long-term sponsors over the years include The Albion, The Aggie, The Cri, The Clubhouse and The Imperial and businesses such as Pirtek, Singleton Tyre Centre, Peter Dunn, Hydraulink, Coal Services and Aplus.

The future looks bright and there’s no shortage of passion to ensure the club thrives well into the future. The, soon to be, club house expansion will be a huge positive being able to host functions, fundraisers and club business and will further cement the importance of Ruby League and community in Singleton.

This is one patch of hallowed ground that will never ever be for sale.