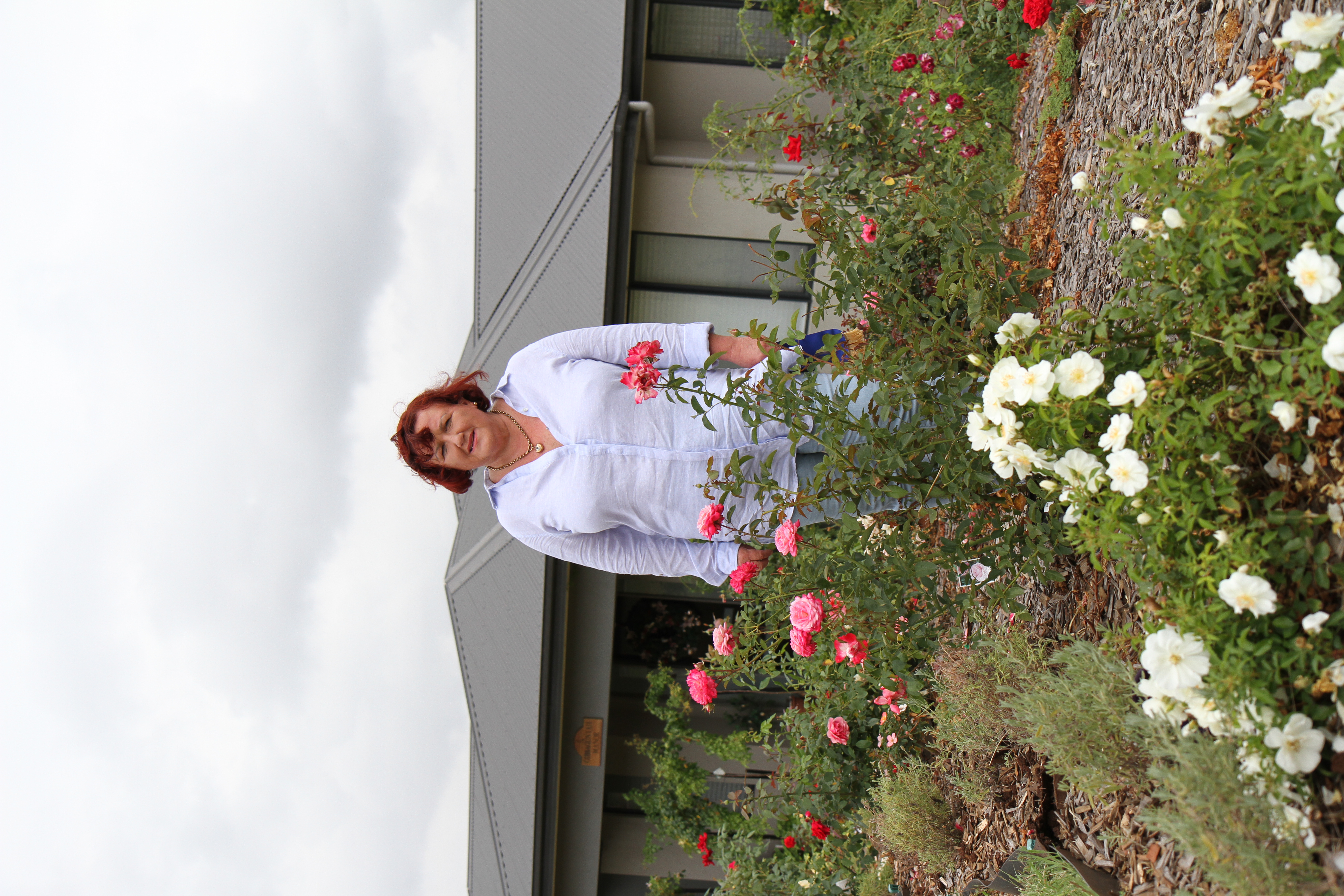 Life is a Bed of Roses for the Harveys

The block, the size of the house and the location are what drew Kim Harvey and her husband to their Muswellbrook home two years ago.

The four bedroom, five-year-old house, with red splashbacks and tiles in the kitchen, had been on the market for three years before Kim came along, a fact that is baffling to say the least.

“It was level, that was it,” Kim said of the dirt block that may have been another factor in buyer concern.

“There was 120 yakkas in the front yard, we dug them out by hand, then across the front of the yard there was a wood chip bed and that’s where the roses went.”

There weren’t even fences around the property so they were added, as well as some raised garden beds.

An outdoor spa and pergolas have also been built recently to enhance the outdoor spaces surrounding the home.

With little to be done on the home the focus has been on landscaping and outdoor areas.

Gardening is something that Kim has always loved, which she picked up from her dad who was a champion orchid grower in Newcastle.  She has also previously worked at a nursery so she has both the knowledge as well as a great design eye.

“At my unit I did have plants but I was growing them on to bring here, I had them all grown before I came,” Kim shared.

When discussing what she does with the roses, Kim said she has had interest from local florists about buying some as well as having petals collected for use at weddings.

“I occasionally bring a vase in, but I am saving them at the moment for the Upper Hunter show, because I need about 40 for the show next month,” she said.

Last year Kim was named grand champion at the Upper Hunter Show for her roses, a feat she hopes to follow through again this year.

The front yard is all about the look, and out the back there is a vegetable garden and chooks, all part of a desire to try and be a bit self-sufficient.

The amount of time, and money, that has been put into establishing the gardens mean Kim has no interest in going anywhere.

“It’s very relaxing here, I’ve got the spa and big outdoor area out the back and I’ve just got to stop now and enjoy it,” she concluded.