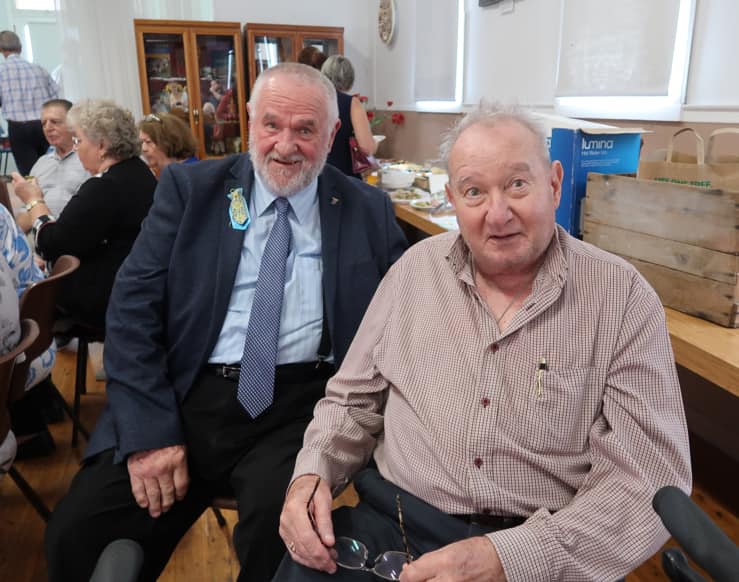 The respected author and former journalist is one of many Ukrainian Australians to voice his concern for the current conflict taking place in his homeland.

“We are thinking of all our Ukrainian family and friends being subjected to the horrors of war once again,” Mr Schulha told The Hunter River Times.

He and his wife Lee have dedicated years of post war research and interviews to publish their book ‘Beneath The Shadows of Mount Molly Morgan – History and Stories of the Greta Migrant Camp’. A second publication is also in the works.

Though the 508-page document has proven to be the ultimate testament to the former Greta camp, it also illustrates the tragedies behind many migrants’ stories.

Little did he think, they would be reliving the same horrors in 2022.

“I attended a service at the Ukrainian Church at Adamstown last week where I spoke to many people who had experienced the same horrors back in the 1940s,” he said.

“Now we are worried about the future for family members who remained in Ukraine.

“You could see the worry on their faces and in their tear-filled eyes.

“I am glad that both my grandfather and father can’t witness this latest atrocity which is happening to their homeland.

“It is senseless and the act of a person not in the true grip of reality trying to relive a distant past.

“Life has moved on and Ukraine is an autonomous country being invaded by a leader wanting to satisfy his greed and he has dreams only of power.”

His grandfather, Hordij (George) and father Petro (Peter) were born on a farm near Noveslivka (Nowoseliwka) southwest of Kharkov.

His uncle, Nickola, was a sergeant in the Ukraine army during WW2. He died soon after returning home from the war.

During the war, Alek’s grandfather and father fled their home leaving family behind to avoid being taken by the advancing German Army. They left a wife/mother and three daughters/sisters whom they never saw again.

Fr Paul Berezniuk and Dr Wolodymyr Motyka, who was a one-year-old when he came to Australia with his parents, have also continued to address their congregation in recent weeks.