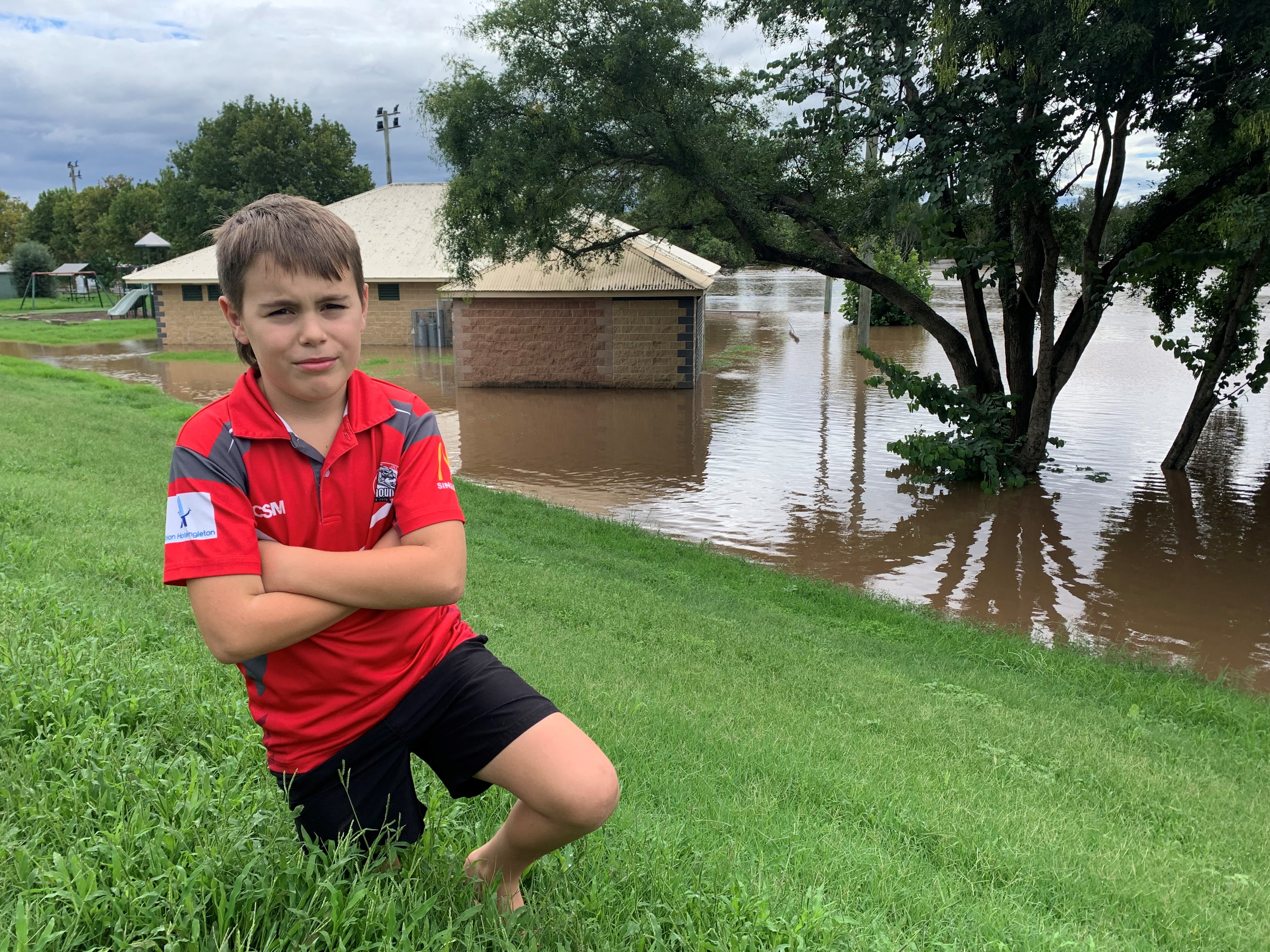 Flood is on, Footy is Off

The Upper Hunter faced its fourth flood in less than a year this week.

First responders across multiple agencies conducted rescues across the region, roads and highways were temporarily closed throughout the week and Singleton’s Hunter River reached its highest peak since 2007.

Locals flocked to vantage points across Singleton’s Cook and Civic Park as the flowing river surpassed last year’s flood peaks of 12.71m (recorded on November 29) and 12.20m (March 24) by midday Wednesday with a level of 13m and rising.

Rescue services in Denman were called to assist with the transportation of a sick three-year-old child for medical treatment on Tuesday evening.

Almost 80 homes in lower parts of Scone were door knocked in the early hours of Wednesday as residents were warned of potential water inundation and advised to evacuate.

However, that emergency was called off soon after much to everyone’s relief.

While the emergency situation has eased for the top end of the Upper Hunter, Singleton remains on high alert with predictions the river could reach a peak of 13.8m peak Thursday morning.

At the time of going to print on Wednesday afternoon, the Hunter River through Singleton was 13.10m at 3pm.

Singleton’s emergency response is well prepared for what lies ahead with numerous agencies lending a hand.

“We are being supported really well by all of the other agencies and we genuinely appreciate their help.

“It means that we are confident to respond to whatever is put in front of us and with an event like this that is so hard to predict and is changing so rapidly, this capacity is really important.”

Tireless Efforts from our SES Volunteers

For the third time in 12 months, an SES emergency rescue centre was set up in Singleton to assist with this week’s major floods.

And it was greatly appreciated according to those within the local SES Unit.

Six members of the Singleton SES Unit had been deployed to Lismore the previous week from Monday, February 28 to Thursday, March 3 to assist the region’s national flood emergency.

One had even returned from an interstate holiday to help in the emergency.

There was little time to rest as they gathered for Sunday’s briefing before conducting a rescue at Belford on Monday evening.

“The victims were stuck with over one metre of water on their driveway, it was flash flooding not a river flood.

“They received over 100ml of rain,” Miss Burrows said.

“They have lived in their house for more than 20 years and have never experienced anything like it before.”

The Singleton SES unit continued rescues throughout the region since Monday while the evacuation of a sick three-year-old child in Denman was the only recorded flood rescue for SES units in Muswellbrook as of Wednesday evening.

“We had a flood rescue on Cessnock Road, two elderly people needed to be taken from their house and moved to a safer location,” Miss Burrows added.

There was another rescue at Glendon on Tuesday night when a vehicle became caught in floodwaters with two people trapped.

The community is reminded to reframe from walking or driving through floodwaters and to heed the advice of all emergency services.

MEANWHILE those living in Singleton are anxiously watching the river to see what may unfold.