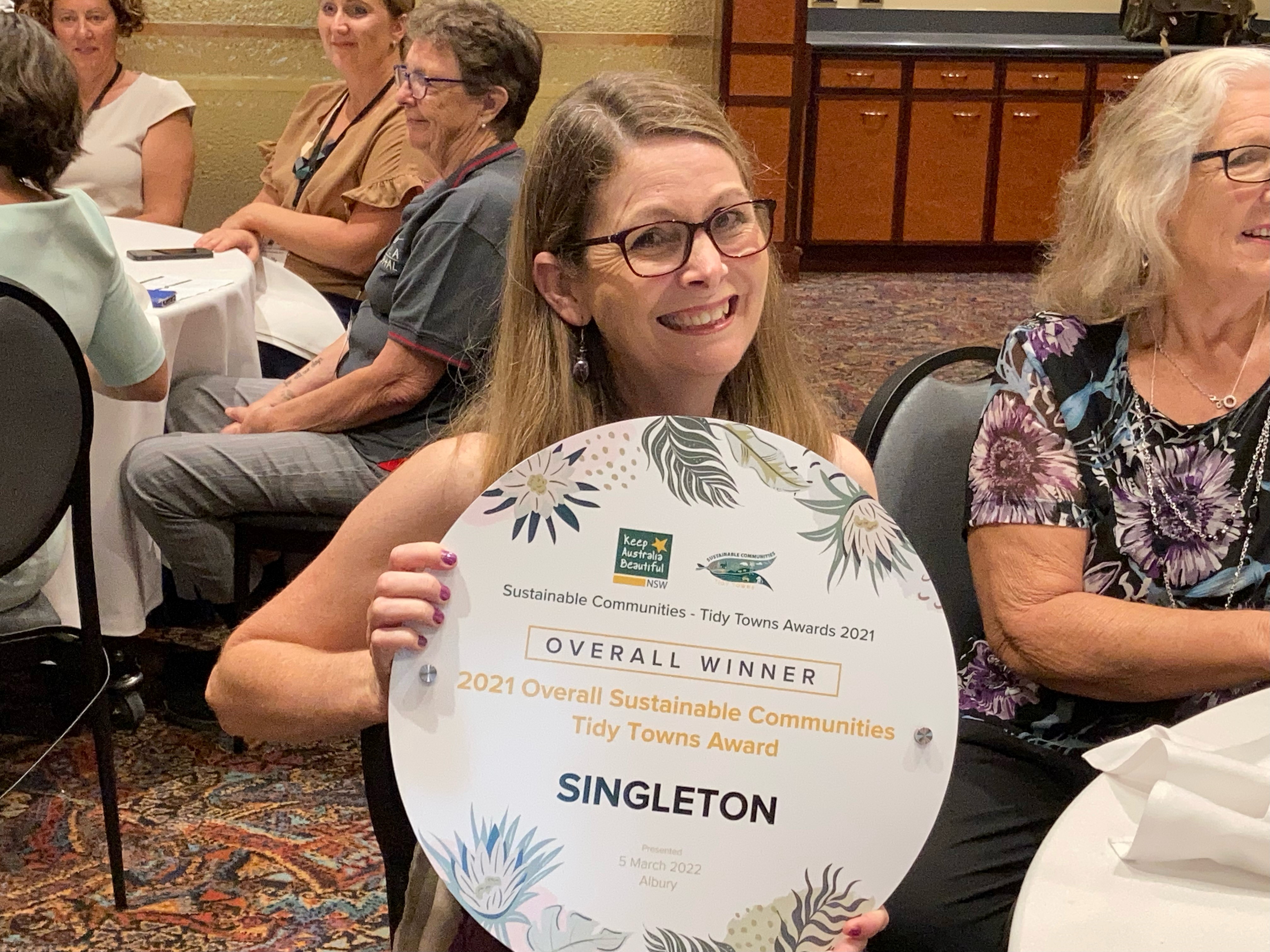 Barely an award announcement at last weekend’s New South Wales Tidy Towns Award presentation was made without some reference to the Hunter region.

The winners list included Greta, Cessnock, Muswellbrook and Murrurundi but it was Singleton who scooped the pool.

After winning four categories and a further highly commended awards, Singleton won category D and went on to be named New South Wales Tidy Town for 2021.

Singleton Tidy Towns president Lyn MacBain said the results were outstanding and reflected the dedication of her committee but also the work being carried out by so many people in the community.

“I love that these awards are recognising people like Slow Food Singleton, the Men’s Shed and the Clontarf students from Singleton High, everyone is doing their own little bit and together we have won this massive award,” Lyn said.

Singleton Tidy Towns collated the entries for the town, entering eight of a potential 14 categories, a massive job in itself.

“To be honest we were going for the big one, we just all felt that the town needed to celebrate and there is nothing better than a win for the town like this,” Lyn said.

Singleton was named NSW Tidy Town back in 2006 and the committee knows hosting the state titles is no easy task.

“We will collaborate with council, businesses and community organisations to make the most of the state titles, this event brings hundreds of people to town and it is a chance to showcase who we are as a community which I believe is the best there is and now we have a trophy to prove it,” Lyn laughed.

Lyn also received individual recognition at the award ceremony with a certification of contribution.

Lyn has been involved with Singleton Tidy Towns Committee since 1992 and chairperson since 1996.

“She is a leader in the Singleton community and her ability to connect charities, committees, council and the broader business community has resulted in a strong bond between all.  The connection between indigenous groups, craft groups, the mining community and the resulting relationships provide positive outcomes for all and are a direct result of many conversations and events that Lyn has been directly involved in.”

AND THE WINNERS ARE…..

Winner Community Spirit and Inclusion Award for the PUSH48 project.