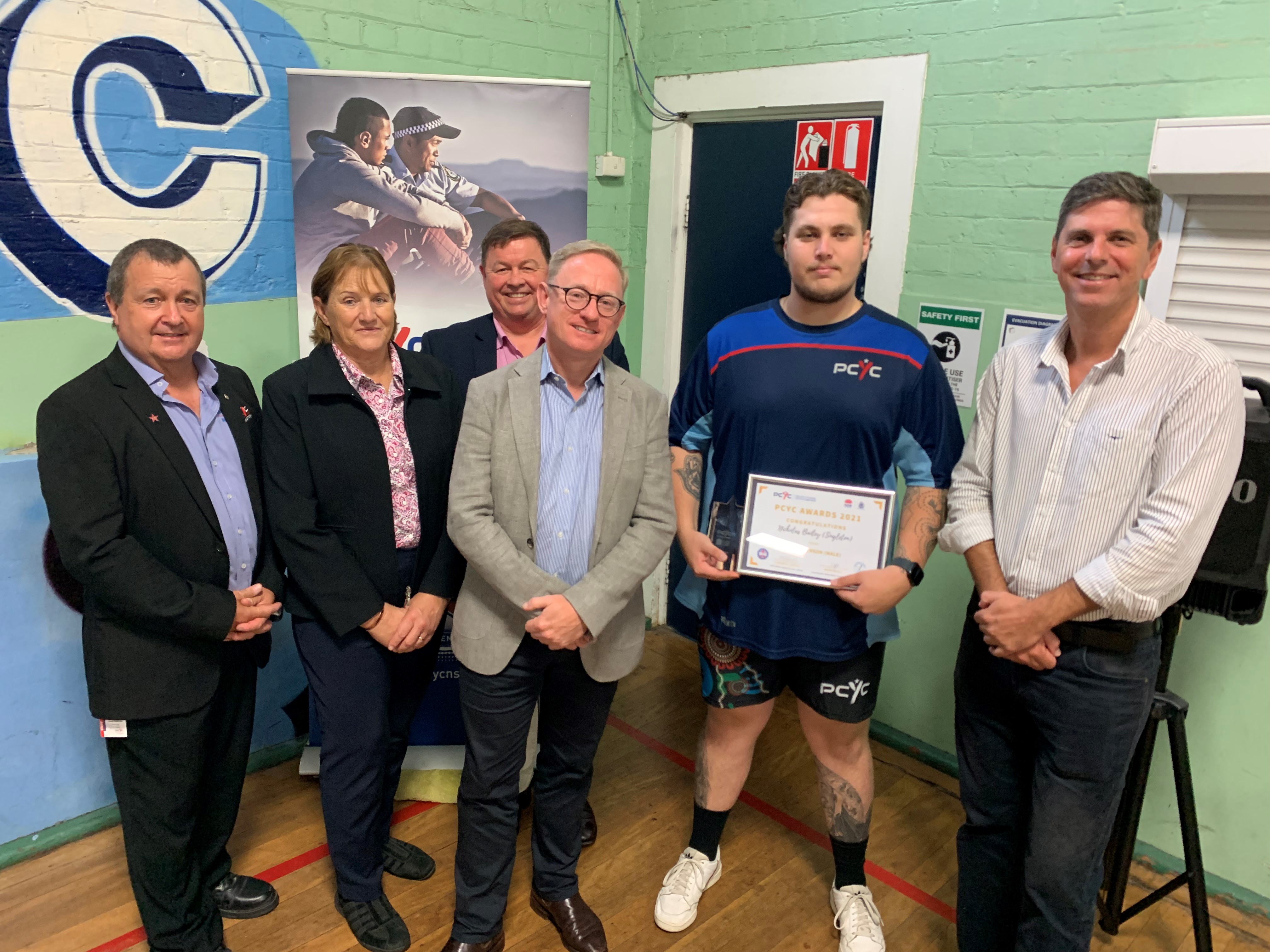 Not even the heavy rain could hinder the spirits of those at the Singleton PCYC on Monday.

“One thing we are announcing today is the holiday youth program where councils can apply for grants of up to $10,000 to put on programs over the autumn break from April 11-22,” Minister Franklin declared.

“The thing I really wanted to focus on today is the embodiment of what it means to be a really impressive young person.”

“Nick has had a pretty tough time in parts of his life, you have two choices there.

“You can either continue on a path where things are tough, every day is a struggle or you can go ‘you know what, I’m now going to use these experiences to build a relationship with my community and lead from the front’.

“For this young man who is only 22-years-old to have set up the programs and driven the agenda in this community, the impact that he has had is profound.”

Bailey has been selected in the Minister’s Youth Task Force as a result.

“This is a very small group of people, 18 people across this state who have direct access to me and give me the advice about what young people need in NSW,” he explained.

“So, when I am talking to the Premier and the Deputy Premier and telling them what we want, Nick will now have a direct line through the meetings (four of them will be in person each year).”

It made for a Singleton PCYC double after Jenna Barwick was recognised as the 2019 NSW PCYC Young Person of the Year (Female).

Earlier in the ceremony, Vera Katris was recognised with Singleton PCYC’s 10-year service certificate after reaching the milestone on Monday, February 7.