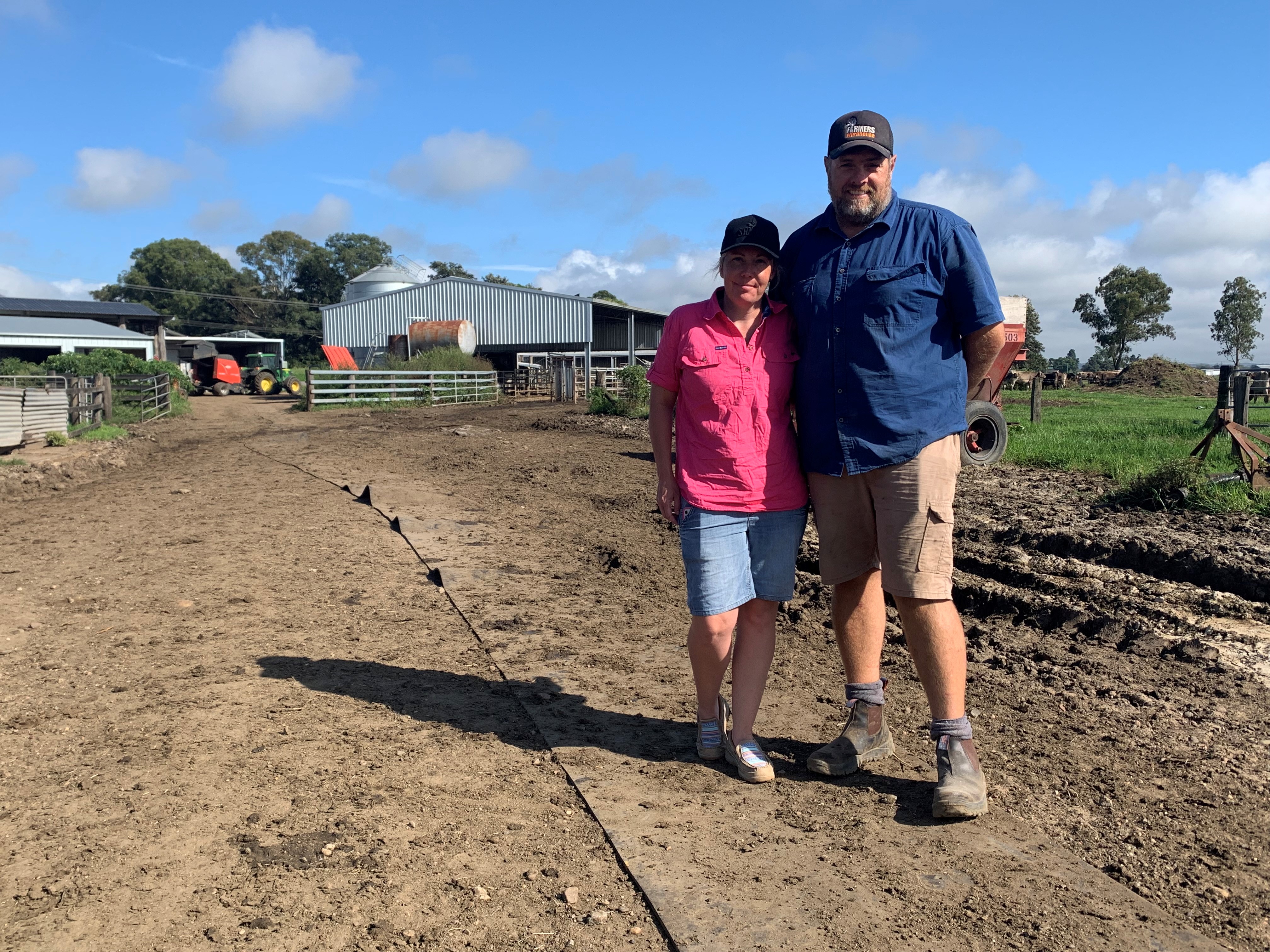 Whittingham dairy farmers Gavin and Sarah Wake have had an eventful month.

On top of their daily duties, the couple once again led the Whittingham community flood evacuation plan when the Hunter River reached a height of 13.15m at Singleton on Wednesday, March 9.

“I’m 42 and I’ve been involved in five major floods, four have been in the last 12 months,” Gavin explained.

“The Past 12 months has been a bit of deja vu again and it’s pass and parcel living on a flood plain I guess.

“I’ve looked at the data and there’s never been big moderate to major floods in one year.

“Fortunately, we have had a good 18-month period weather wise so we do have quite a bit of stored feed.”

When the farm received a call from Singleton SES Unit commander Tim Merrick on Sunday morning the Wake family had already swung into action having observed the latest BOM (Bureau of Meteorology) report.

Waiting for the peak, they had already shuffled their cattle and equipment to higher ground and focussed much of their time on leading the Whittingham Flood Rescue Plan which had been established shortly after Singleton’s 2007 floods.

The Rescue Plan caters for the near 50 properties situated around the Whittingham area.

“We have such a great community and everyone has been on board with the flood response plan as well,” Sarah explained.

“We find that everyone has been very positive, proactive and setting motions to make sure their farms are in place.

“We’re not having to hurry people along, chase people up and the SES, Local Land Services and HRLX Singleton saleyards were so approachable as well.”

By Thursday, March 10 the farm’s temporary lakes had receded and the Wakes then put the call out for a conveyor belt to accommodate for their cattle.

A swift response from the community allowed for their cows to enjoy a temporary path which prevented stone bruises, cuts and infections as they returned for milking.

“Sarah saw a post where another farm had used some conveyor belting out as an option so we thought around here we should be able to source some,” Gavin reflected.

“We were happy to pay the going rate for it and within a minutes it was all sorted.”

“I received a phone call from one of the local guys that was on the list for the community flood plan and he made a couple of calls and got the Mt Owen and Glendell crew involved,” Sarah concluded.

“Within a few minutes they organised a truck which was fantastic, they even rearranged their schedule just so they could deliver it on the farm that morning.”

“We also want to thank JMG maintenance for their support.”