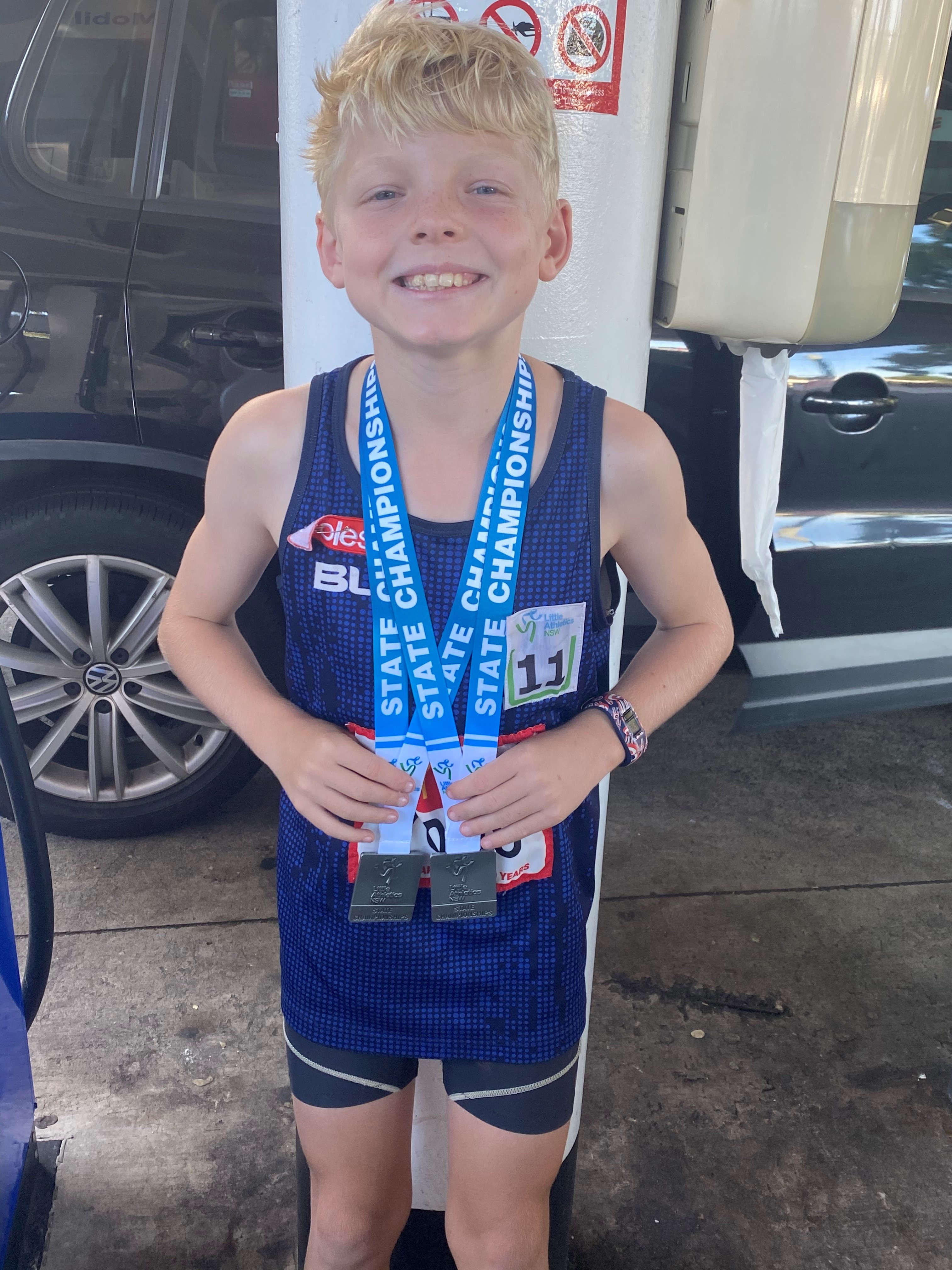 Harlan trots to the podium

Another two silver medals also made their way to the Upper Hunter.

The youngster reached the podium in the Boys under-11 Long Jump competition thanks to his 4.80m leap.

Though Stewart had only competed in the event for fun, he admits he had cleared the 5m mark in the past.

He also finished second in the 200m final, falling short to Ku-Ring-Gai’s Callum Gilchrist by 0.13 of a second and fifth in the 100m final.

Had he recorded his time of 13.41 seconds from Maitland earlier in the month, he would have secured the gold medal in Sydney.

“He is meant to rest for the next month before the school competition, but we have already caught him practising his sprints in the front yard,” his mother Kristine told The Hunter River Times.