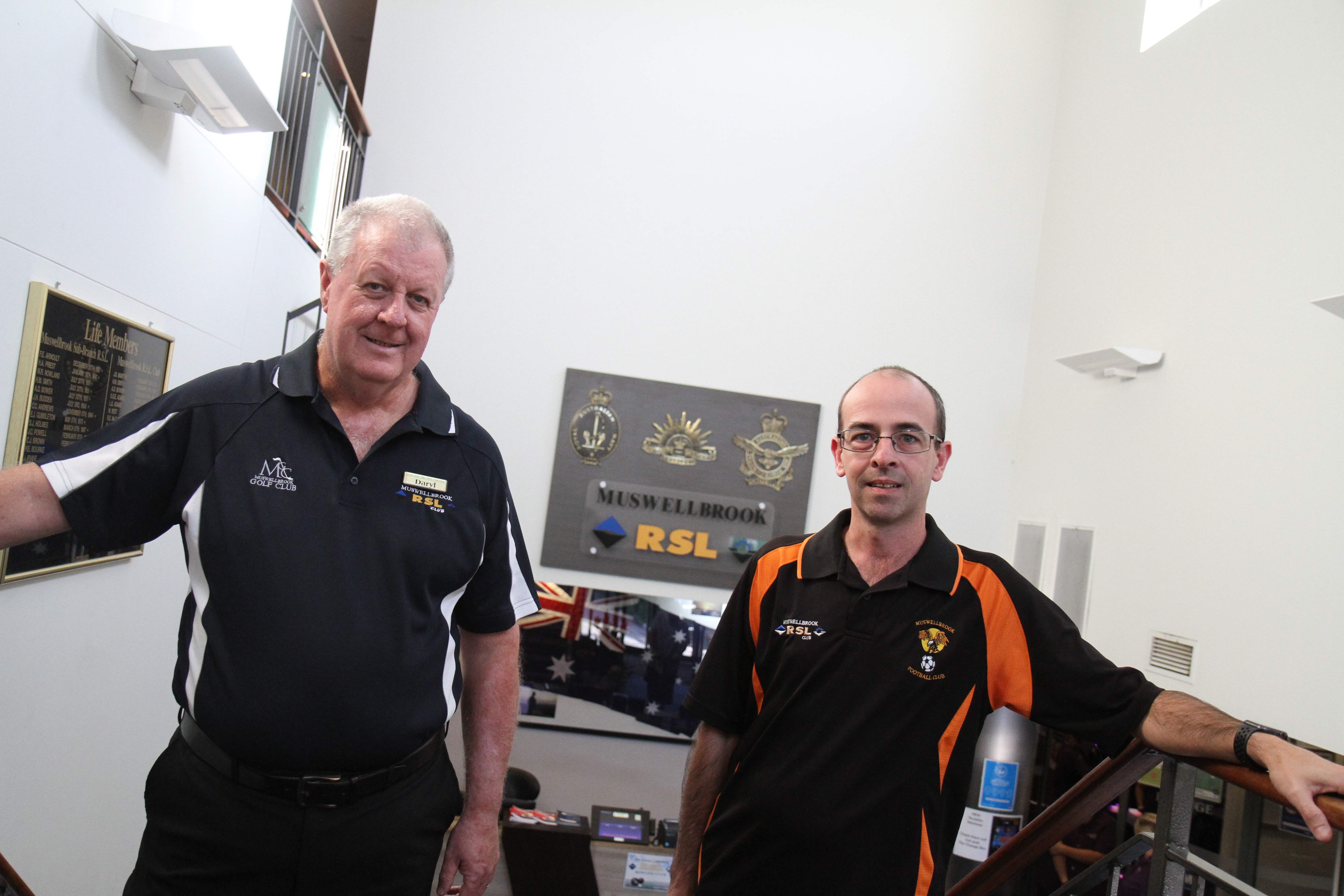 Eight years of mutual respect and support between the Muswellbrook RSL Club and Muswellbrook Eagles Football Club has been recognised by Clubs NSW.

The RSL has been named as a finalist in the Clubs NSW Clubs and Community Awards in the Fostering Grassroots Sport category, which is no small feat.

“I think it’s a win-win situation, we put money out for the sponsorship and in turn the club comes back here after away and home games, they also hold numerous functions during the year,” Muswellbrook RSL CEO Daryl Egan said.

“There is about 250 juniors that play, plus the seniors teams and we have had women’s teams as well, so over the years it has been a great relationship.”

It is not uncommon to see RSL board members, as well as Daryl himself, up at Victoria Park when there are home games and they have even jumped on the bus to travel to significant matches with the teams.

“It has just been a great relationship,” Daryl said.

This is a sentiment echoed by the Eagles, with benefits of the ongoing relationship able to be passed on to participants according to club Secretary Johno Broadley.

“With the financial backing we are actually one of the cheapest clubs in the whole Northern New South Wales with registration costs,” he explained.

“Our numbers seem to be soaring, last year we had something like eight in the five-sixes local teams, we have had to go and purchase two more playing kits because we are getting close to ten full teams.

“Being in the financial situation we are in now by the time we start our new season in a month or so we will actually have all our merchandise rebranded.”

The Muswellbrook RSL Club is up against 11 other clubs from across the state for the award and will find out in May if they take out the top gong.