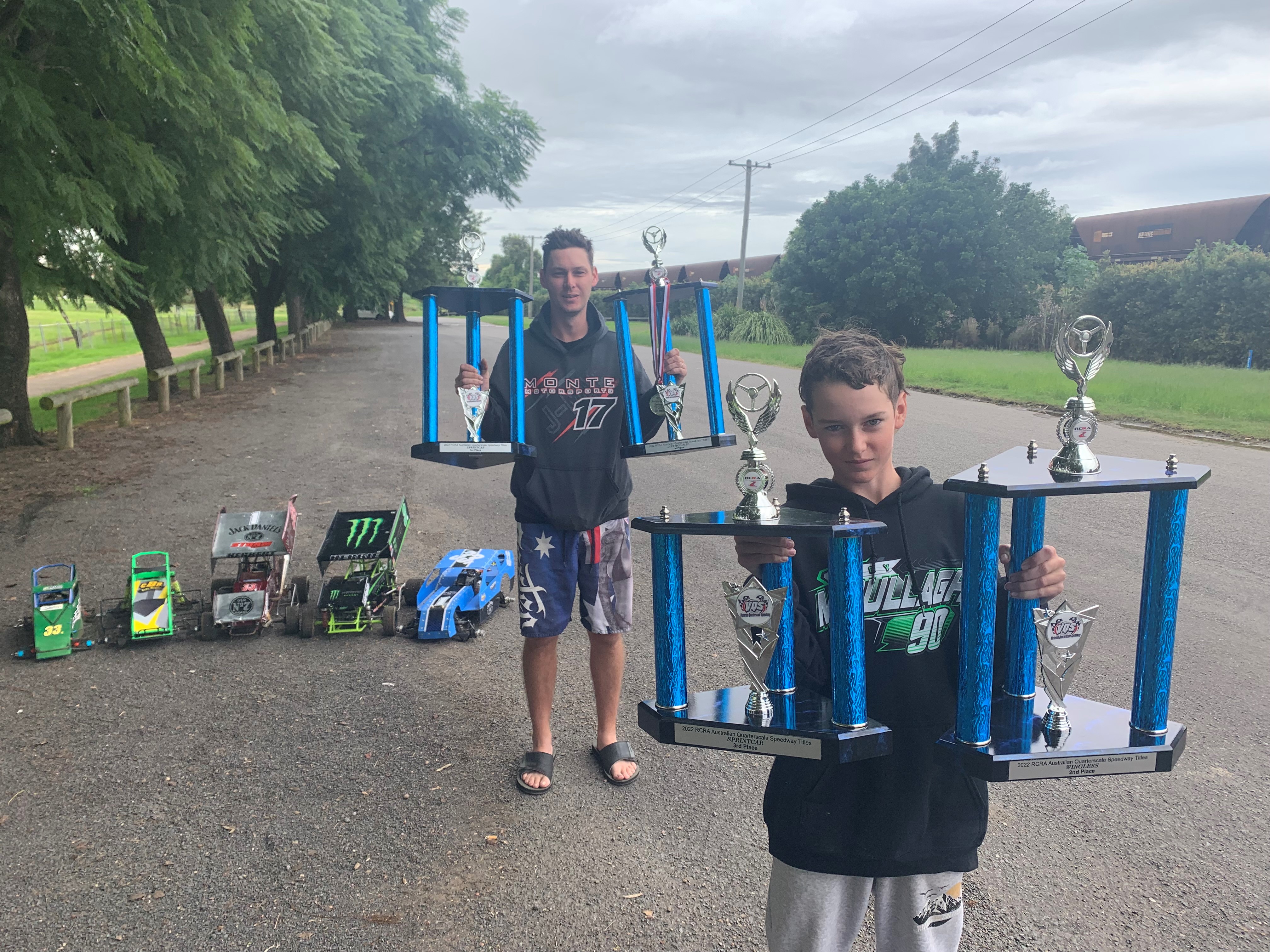 Jacob and Lucas Herbert were all smiles last week.

Jacob, 32, returned from the Victorian Quarterscale Speedway Club at the Little Avalon Raceway (near Geelong) with his first national title while his son Lucas, 12, also secured a podium finish in the same event.

The duo is already counting down to the 2023 RCRA Australian Quarterscale Speedway Titles to be held at Western Australia.

“I think we spent 15 hours at the track racing on the Saturday alone.”

The following day Jacob also finished runner up in the wingless category.

“The cars we race are all hand built from people around Australia, the one I race was hand-built by Dale Pyke in Western Australia,” he added.

He now hopes to claim his first NSW Quarterscale title next month, a feat Lucas has already achieved.

“From now to Sydney I have to strip a lot of the cars down, work on maintenance and redo a few parts on it,” he concluded.

Those who would like to sponsor or support Jacob and Lucas can contact Wendy via email – garapple@hotmail.com